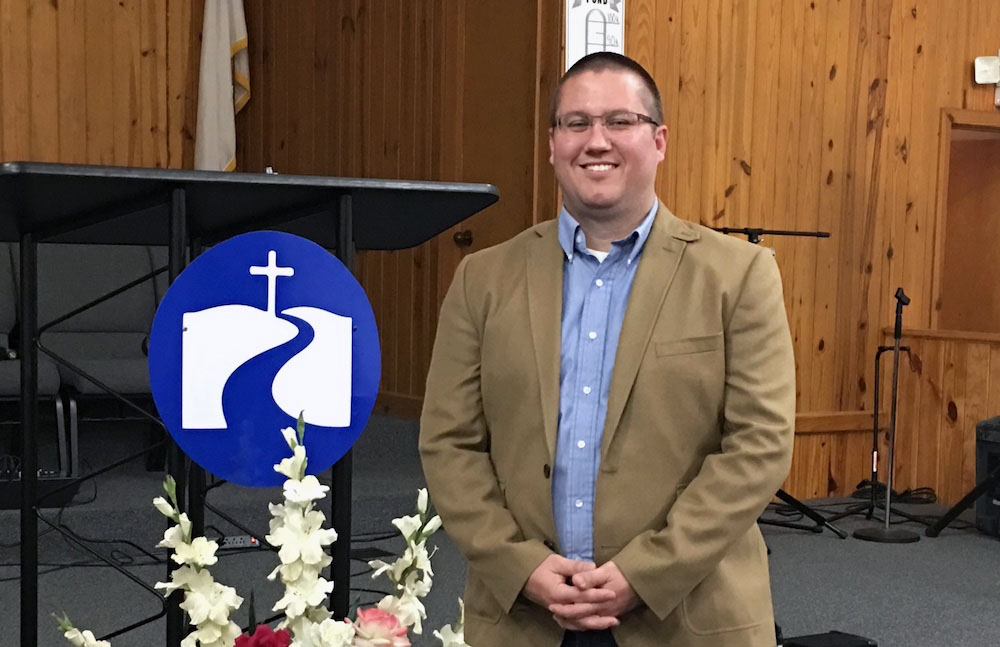 Twelve to 16 hour days are not too uncommon for Dale Wiseman, the Bi-Vocational Senior Pastor at Bayless Highway Baptist Church in Starke.

Wiseman works full time as a School Resource Officer for the Bradford County Sheriff’s Office. This husband and father of four is also the Mayor of Hampton, a small town south of Starke.

“It can make for some very long days,” Wiseman says. “The only way I can think of that I can get it all done is by the grace of God because he gives me the ability to do it.”

“I know God called me to preach,” he said. “I think the preaching and ministering to families and folks in the church are definitely my favorite parts. The meetings and organization are my least favorite, but they are necessary.”

Wiseman accepted Christ as his savior in 2004 and began serving in the church. In 2006 he felt God calling him to preach.

“I made that decision public and ever since then I’ve been preaching and teaching Sunday school,” he said. Wiseman also served as Youth Pastor at Evergreen Baptist Church in nearby Lawtey for three years.

In November 2018 he was elected as Mayor of Hampton, which has a population of 500. His neighbor, the previous mayor, urged him to do it.

Wiseman said he prayed God would put someone else in there if the position wasn’t meant for him.

“It’s kind of a Gideon thing, laying out the fleece,” he said with a laugh, noting the Bible story from Judges 6:36-40. “But nobody else showed up so I said I guess I’m it.”

“Hampton has a troubled past,” Wiseman says, and he and the council are trying to create a better image for the city. They are working to beautify the city through the use of governmental grants to improve roads and other things to help make it a better place to live.

“We find every little moment that we can to spend together,” he said. “My wife is a very important part of what I do. Because of what she does, I can do what I do, what God has called me to do. I couldn’t do it without her support and wouldn’t want to do it if she wasn’t on board.”

The common bond in all of his jobs is service.

“I’ve been in law enforcement for close to five years,” he said. “I enjoy public service and serving the citizens of the community. Of course, that translates into the church as well. I enjoy serving in church and my role there.”

He gives God credit for where he is today.

“The Lord has blessed us, giving me the privilege to serve. Looking back at a few years ago, I never thought I’d be where I am now. But the Lord has just blessed us and brought us where we’re at.”