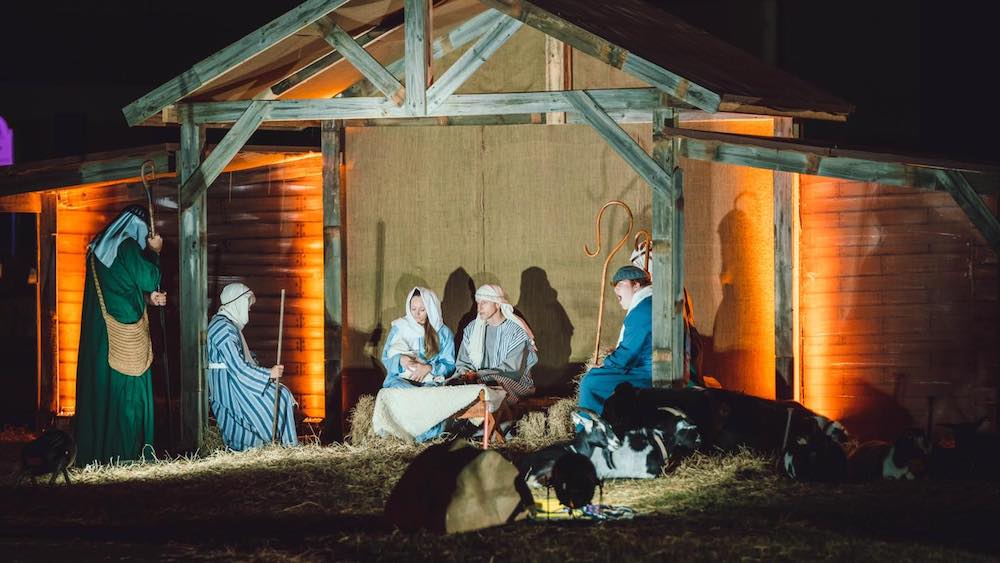 JACKSONVILLE–More than 1,800 vehicles lined Jacksonville’s westside roads leading through a beautiful gate into a replica of the Holy Land. From the safety of their own cars, passengers saw the Christmas story unfold before them with scenes of Mary receiving a visit from the angel Gabriel; Mary and Joseph travelling to Bethlehem; the couple standing before the innkeeper; and the glory of Jesus’ birth in the manger.

In following scenes, angels announced to the shepherds—glory to God in the highest—as the wise men arrived to worship the Christ child with his parents, Mary and Joseph. 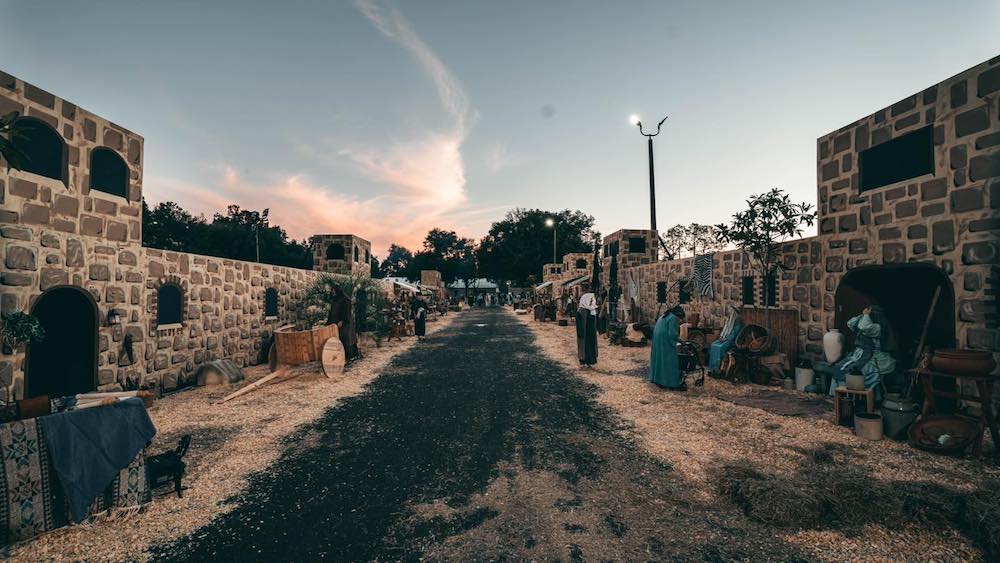 Scene after scene telling the Christmas story was displayed to more than 6,000 persons traveling the roads leading to the Living Nativity at Westside Baptist Church in Jacksonville on the nights of Dec. 11, 12 and 13.

Yet the story did not end there, as live animals—a horse, cow, goats and camels—enriched the telling of Jesus as a toddler, and His death and resurrection illustrated by a cross and a tomb.

On the first night so many vehicles lined up to see the 10-scene drive-through event that the Jacksonville Sheriff’s Department had to turn cars away because they were blocking intersections and impeding traffic.

“We are so thankful for the God-sized vision that God gave us for the event,” said Lee Tomlin, worship pastor at Westside, “and God brought unbelievable fruit as a result of our hard work.”

Every December for the past decade, the 61-year-old church located on Herlong Road just west of I-295, had produced the Jacksonville Christmas Celebration consisting of three consecutive nights of music and art utilizing high quality and high-tech sound and lighting.

“We wanted to try something new and fresh to reach people in the community more than entertain those in our church,” said Tomlin, director of the event. A staff member suggested the idea of a living nativity and in January the research and planning began.

By the month of June, “we knew the direction that the Lord had given us would be perfect transition due to COVID,” Tomlin said.

A highlight of the drive-through was a 400-foot street scene of Bethlehem, a total sensory immersion of the sights, sounds, and smells of the market. There were vendors selling fresh baked bread, a man selling fish—compliments of a volunteer who went fishing and caught 50 fish used each night.  There were also pottery, carpentry, blacksmith and basket shops, as well as a synagogue, a well and fire pit.

In all, 115 volunteers worked in the street scene.

According to Tomlin, “people were just blown away” with all of the details of the street scene. Some guests commented, “I just wanted to stop my car and walk through the city, the details were endless and I wanted to take it all in.”

Music was a critical ingredient in the nativity experience. “We wanted people to hear music from the beginning to end,” he said.  The music was different and intentional for each scene creating an emotional connection for the visitor.

At each stop there was an eight-second narration explaining the scene unfolding before them.  At the end of the drive as the gospel was shared, visitors were thanked for coming and offered information about the church; they were also given the opportunity to talk or pray with on-site counselors.

At the end of the first night, Keith Russell, senior pastor at Westside, grabbed a megaphone to thank the 250 volunteers and cast saying, “This was one of the greatest nights in my 24 years at Westside.”

According to Tomlin, preparation for this event required an enormous amount of work.

“I learned a personal lesson:  It takes momentum – sometimes people hesitate to buy into a vision until they see that it’s going to be a success. There were some who jumped in right away; some waited.”

Church members shared with him that it was the most extraordinary event that they have ever done. 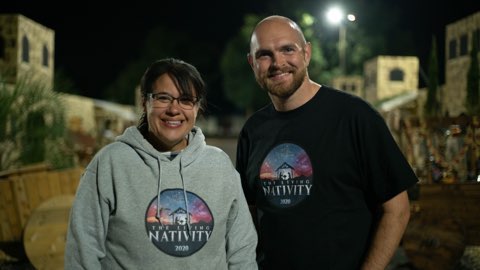 Westside member Carrie Chapman helped Tomlin direct the event. “I learned that God is in the details,” she said. “We prayed for big and small things.  It was unreal how God provided.  At times discouragement would come, then God would provide our needs over and over.”

“People came together and gave their time and money,” said Tomlin.

Local churches called and offered to help. First Baptist Church in Jacksonville offered props they had in storage; a local construction company donated several days’ work of three crew members to help build sets. Paint for the sets was donated, as well as some scaffolding.

The live nativity opened doors for people to hear about God.

Chapman shared that one day while she was helping paint the sets, a man came to her with two young children and asked what they were doing.  Explaining that they were creating the town of Bethlehem for a Christmas event, he asked, “What is Bethlehem?”  She then had the opportunity to tell him about Jesus and the Christmas story.

One man who experienced the Live Nativity said that he had been to the Holy Land three times and “your set is spot on.”  Another visitor said it felt like he was at Disney World, “with a better message.”

Tomlin hopes that they can inspire other churches to try this approach.

“Reach out to us; it would be an honor for us to share how they can do the same thing.”

Immokalee layperson looks for ways to bless others

Unity in our family