Lino challenges pastors to make prayer a priority; be filled with the spirit

LAKELAND— The Monday morning’s session of the Florida Pastors’ Conference opened with a message from Texas pastor Nathan Lino as he challenged pastors and leaders with the priority of prayer.

“I’m going to share with you how Jesus changed my church and my life these past 12-15 months,” said Lino, pastor of Northeast Houston Baptist Church in Texas.

He told of a series of events in his personal life and church that left him feeling overwhelmed, beginning with the death of his father-in-law that triggered family discord and tension in his marriage. Next, a situation at the church resulted in the need for budget cuts. Then the tragic death of a campus pastor left the church without a leader and his family without a father.

Everything was compounded by the constant bickering among members about the election and the COVID-19 pandemic, he added.

“I felt like I was under the ocean drowning.”

When the congregation began to meet in person once again, Lino said it no longer felt like they were a church.

“We had people and we had programs, but we didn’t have the manifested presence of God,” Lino said.

One Sunday morning he told the congregation he didn’t want to lead a church where God wasn’t, and they shouldn’t want to attend a church like that either. God had made it clear they needed to do what they weren’t doing–to pray and fast.

Every Tuesday the church began to meet for prayer. “People repented of secret sin, spouses confessed past adultery to each other, people kneeled at the altar and prayed and repented.”

Then things began to happen.

“Children were reconciled to God and to their parents. There were salvations, baptisms and healing,” the pastor said. 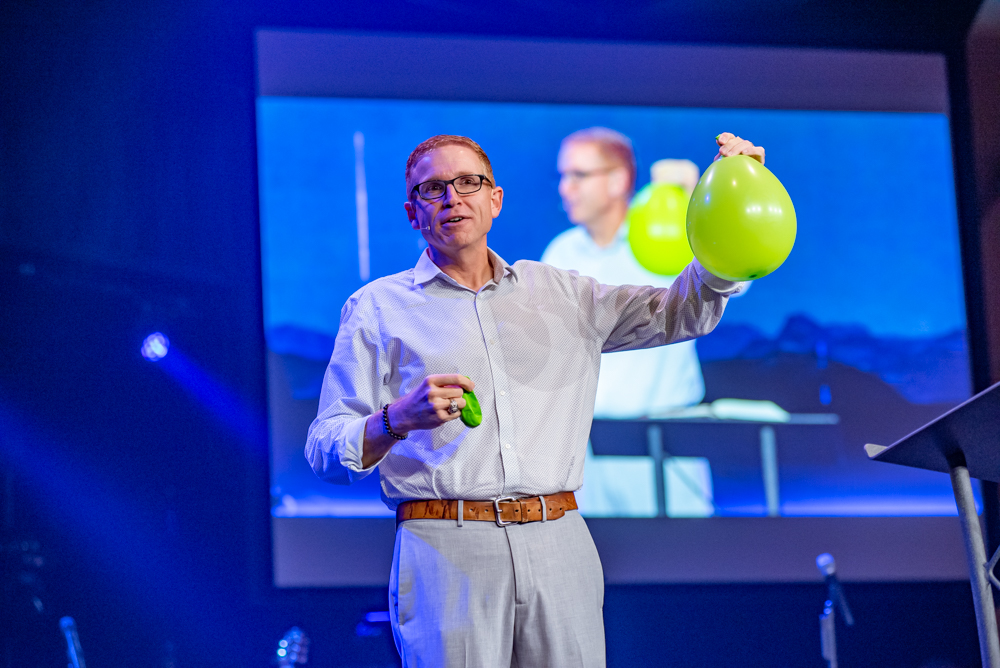 Using two balloons of different sizes to illustrate his point, Lino said that when believers are saved, they become like the smaller balloon. “Sealed by the spirit but not filled. But now God wants us to be like this,” he said, holding up the inflated balloon.

To be filled with the Spirit the church should seek God constantly.

He challenged pastors to make a priority “to be and lead closer to God.”

“The Southern Baptist Convention doesn’t need more meetings, podcasts or programs. What it needs is to pray and seek the presence of God.”

In an interview with the 2021 Pastors’ Conference President Cliff Lea prior to his sermon, Lino talked about his African background, his coming to faith in Christ as a teenager living in South Africa, the culture shock of moving to Texas in his teens and his experience planting Northeast Houston in 2002.