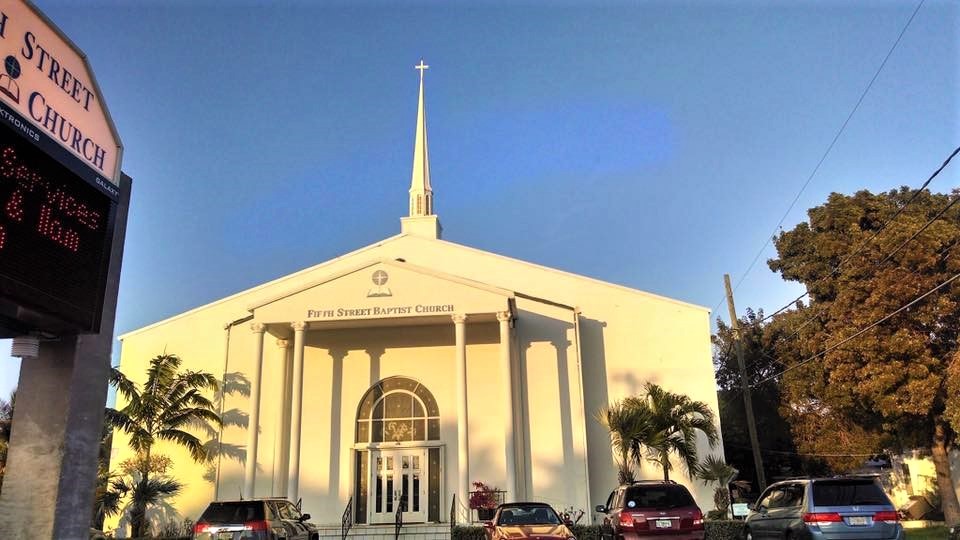 As the government shutdown entered its second month affecting at least 25 percent of federal employees, a church in the Florida Keys brought hope and encouragement to Coast Guards in their community who went unpaid.

“With the partial government shutdown, we found out that our Coast Guard wasn’t going to be paid,” said Josh Dryer, pastor of Fifth Street Baptist Church in Key West. “In partnership with the Florida Baptist Convention [FBC] we gave out gift cards for groceries and other incidentals.”

Al Fernandez, Southeast Regional Catalyst of the FBC, said that he was impressed with the way Fifth Street Baptist stepped up to help their community. “They showed they are very community-minded,” he said. In a phone call earlier in January Dryer asked Fernandez how the FBC could come alongside them to help a group in need within their Key West community. “I asked, ‘what do you have in mind?’ and then came right beside them as they reached out.”

The Key West Coast Guard station is part of the Coast Guard’s 7th District. They are responsible, among other things, for stopping smuggling as well as search and rescue operations.

Fifth Street Baptist is also working in partnership with chaplains of the Navy and Coast Guard by providing them with a location from which to disperse bath products like diapers, toilet paper, shampoo, dental hygiene items and more. “Things that they might not be able to buy because they are not being paid right now,” said Dryer.

On Wednesday January 30th the church is going to host a big dinner for the Coast Guard personnel in their community. “We’re going to serve a traditional Cuban meal and let them know we are here.”

“This shutdown has caused us to consider what it really means when we say we love our neighbor,” he said. “It has challenged us to ask ‘what are we going to do about this? How are we going to show love?’.” He added that “it has been nice to see the church family step up to provide supplies and give donations for those who are in need.”

“I would challenge other churches who are in areas with Coast Guard personnel to consider reaching out to help because they might not ask.”