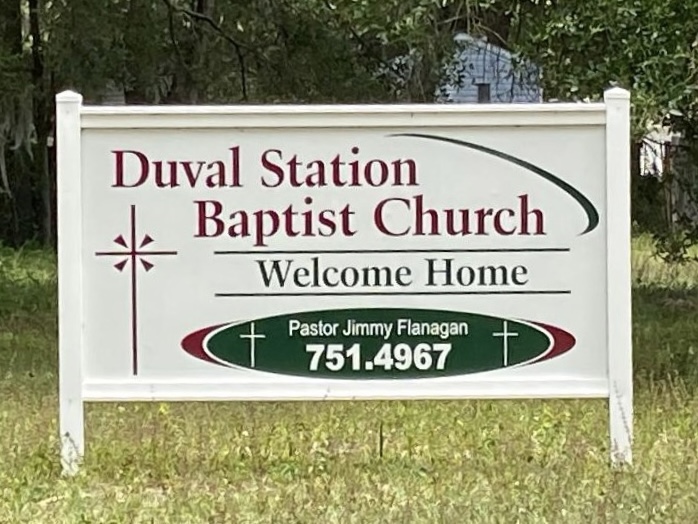 YULEE–When stores in Northeast Florida receive a delivery of “Yulee BBQ Sauce” they’re getting more than a collection of sauces and rub with the tangy flavor that’s perfect for grilling.

“They’re getting a chaplain and pastor,” said Jimmy Flanagan, creator of Yulee BBQ Sauce, who personally makes the deliveries to his customers. 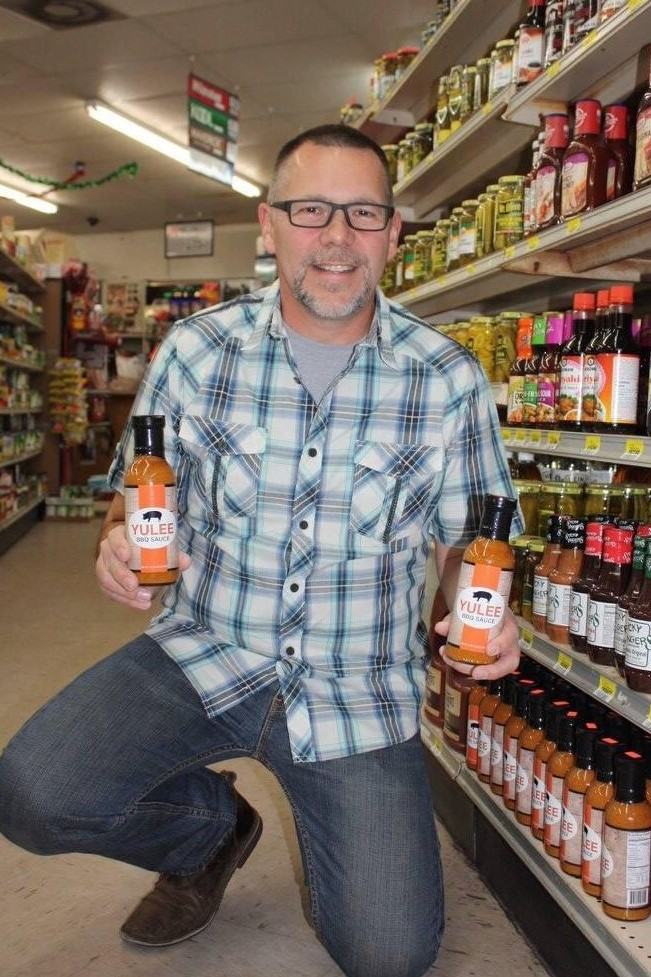 Flanagan, pastor of Duval Station Baptist Church in Jacksonville, has taken his passion for cooking to create his own BBQ sauce, which he sells in local stores and uses as a platform for sharing the gospel.

“I could knock on doors, do outreach programs, but when I go with the barbecue sauce, it totally opens everything up for ministry and witnessing,” said Flanagan.

Growing up in Yulee, a rural bedroom community just north of Jacksonville, Flanagan always relished in helping his dad grill outdoors on the smoker or in a pit–childhood experiences that led to his love of cooking.

As a young adult he began experimenting with creating his own barbecue sauce.

“I prayed over every try, it was just a hobby for years,” he said.

In 2007, after serving a church in Hoboken, Ga., Flanagan and his family returned to Yulee for him to assume the pastorate at Duval Station church.

He continued cooking and perfecting the sauce. When he added a new ingredient to a batch of sauce, his family, who always thought his experiments tasted pretty good, raved about this new batch.

He shared the sauce with friends and then served it at a local annual sportsman’s feast; the next two years he set up a table and sold it at the event.

Although excited that people liked his recipe, the pastor became concerned he was trying to do something outside of ministry.

“I had prayed over every test batch and I realized that God gave it to me and that I should do all things to the glory of God,” he said.

Five years ago, after meeting all the necessary legal requirements, with the help of a co-packer, Flannagan began bottling Yulee BBQ Sauce and selling it in local stores. It now comes in three flavors—original, sweet, hot and a rub.

“I pray before I make every delivery, that God will have His will with communications and relationships,” said the pastor.  And God has helped him build relationships in each store.

Recently after making a delivery, he noticed the cashier had left the store. As he passed her on the sidewalk she asked if they could talk. Through tears she shared that her boss’ wife had just passed away and asked Flanagan to pray for her boss.

At another store he noticed an employee, a young woman who rarely smiled and spoke little to him, was absent. He found out she had had a stroke and was hospitalized in a local Jacksonville ICU.

Taking some members from his church with him, he drove to the hospital, prayed with her and her family gathered there. She told her family, “This is the BBQ guy.” 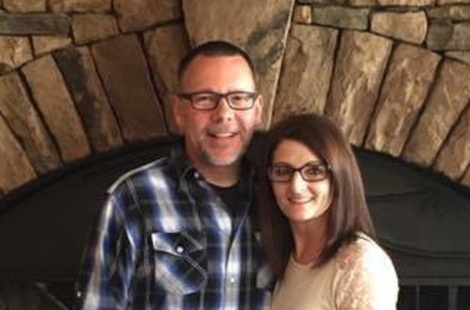 Not long afterwards Flanagan’s father overheard a woman in a local store telling others how her daughter had been in ICU and the guy who sells BBQ sauce visited the family in the hospital.

A month later the young woman was back at work talking incessantly about how God had been working in her life.

“She smiles now!  That wouldn’t have happened without the sauce,” said the pastor.

Flanagan shared that when becoming a vocational minister, he was mostly around other Christians. “What I found missing was me being a witness, having spiritual conversations with new people.”

His business now allows him “to point people to Christ in a regular, organic way. It’s been really fun,” said Flanagan.

Pastor of multicultural, multiethnic church to be nominated as FBSC president