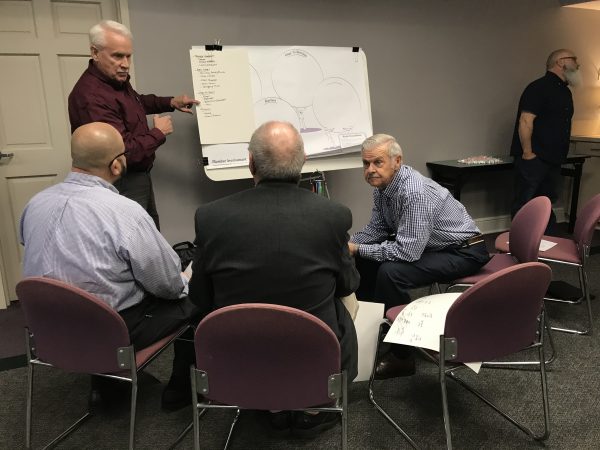 San Jose Baptist Church Pastor Mike Reed is leaving the church he has pastored for the past 11½ years to tackle a newly created role at the Jacksonville Baptist Association at a time in his life when many start to downshift their ministry activities.

Reed will serve as JBA’s Missional Engagement Strategist, a new position to oversee a new strategy to connect pastors within the same geographical area in Jacksonville for maximum Gospel impact.

“I’m going to be connecting with pastors and hopefully build hubs of cooperating and collaborating churches in specific zones in Jacksonville,” Reed said of his new mission.

At 74 years old, Reed is nowhere near ready to step out of ministry and into retirement. And while he said he knows the new position won’t be easy, he feels like the job was tailor-made for him.

“In some ways I don’t think like a 74 year old although I have the aches and pains of one,” Reed quipped. “This role really connects with my heart.”

Wheeler has been impressed with Reed’s desire to not only take on a new challenge but also be excited for the opportunity.

To other Baby Boomer pastors getting close to retirement age, Wheeler says: “Don’t get out of the game!

Wheeler said the example of people like Reed and others he’s known who enter the next phase of ministry rather than retire is an encouragement to himself and others to continue to press on.

Reed said while he is excited about his new position, he is also excited to see what God has in store for San Jose Baptist Church.

But his excitement is tempered with some sadness at leaving a church family he has come to love.

“It will be very emotional because we love these people,” Reed said of the congregation. “It would be much easier if there was anger but there’s not.”

J.D. Greear to be nominated for SBC President by Ken Whitten