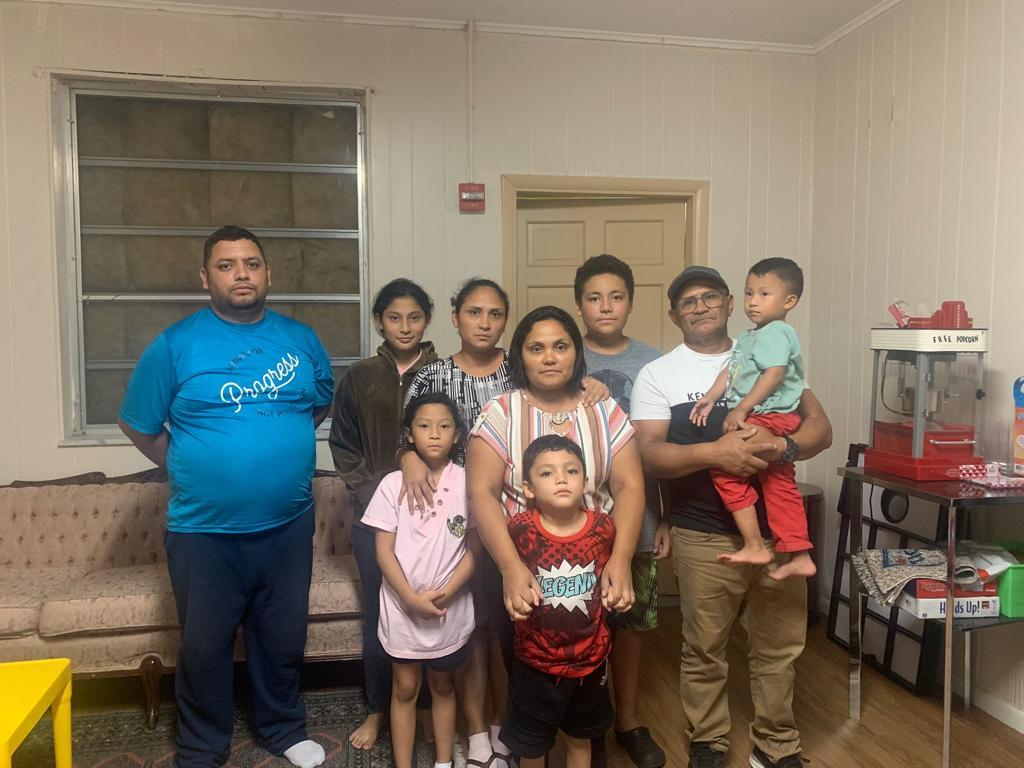 The waves are surging. As wave upon wave of immigrants enter America, Florida Baptists are catching the wave and sharing God’s love with those from international lands who seek to begin new lives in the Sunshine State.

Immigrants from Cuba, Haiti, Central America, Mexico and other places throughout the world are descending upon Florida in what some leaders describe as “the largest surge in migration” ever, and the surge is far from over.

Many individuals arriving in Florida from other countries are asylum-seekers or refugees, who are “fleeing difficult circumstances. They are going through dangerous journeys to get to America,” said Emanuel Roque, Florida Baptists’ Hispanic church catalyst.

“Once they are here, we love them.

‘We are privileged to be in this place that God has called us to as part of His plan. He has been developing and preparing generations of Florida Baptists to reach the Florida mission field.’

“We are privileged to be in this place that God has called us to as part of His plan. He has been developing and preparing generations of Florida Baptists to reach the Florida mission field.”

Roque has a personal passion for ministry to immigrants. Decades ago, his parents immigrated from Cuba to New York City, where Roque was born. When the young Roque was only a year old, his parents moved the family to Miami, where they helped plant Iglesia Bautista Resurrecciòn in Miami. There, Roque made his profession of faith in Jesus as his Savior and was baptized and discipled. 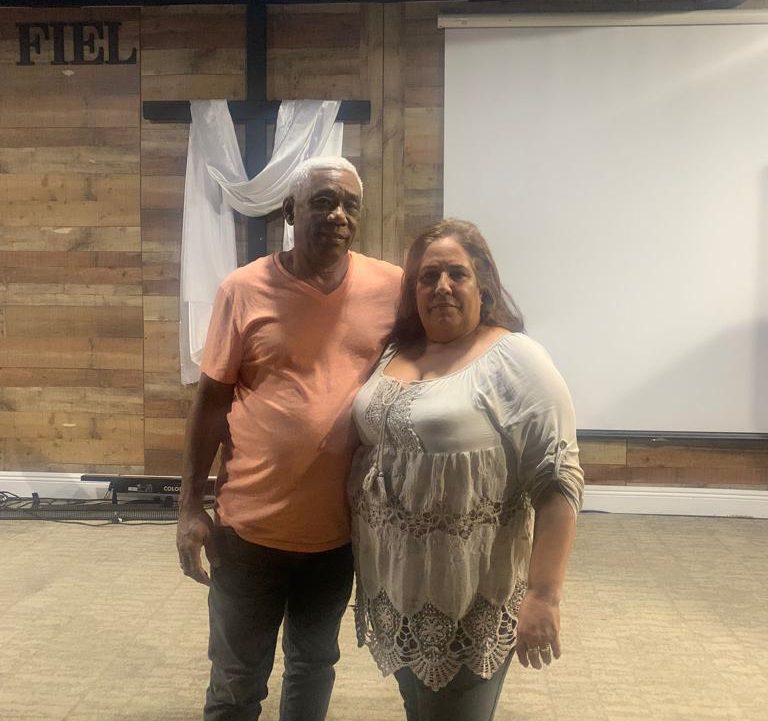 Through the years, “Florida Baptists have had a heart and clear understanding that we are in a state that is a mission field. Florida Baptist have been there when opportunities arise to help churches share the gospel,” Roque said.

As a part of catching the wave of immigrants, Florida Baptists, in partnership with Send Relief, have designated several churches as immigration ministry hubs with specific focus on reaching immigrants with Hispanic or Haitian heritage. These churches have long ministered to immigrants, and their designation as ministry hubs provides additional funding and resources for their outreach efforts. These ministry hub churches also provide resources and training for other Florida Baptist churches wanting to launch or strengthen ministry to immigrants and offer opportunities for more Southern Baptists to become involved in hands-on mission service.

Betesda Baptist Church in Miami, pastored by Frank Rodriquez, is intentionally ministering to immigrants coming their way. For Rodriquez, ministering to refugees and immigrants is personal. In 2012, he immigrated to Florida from Cuba, where he had served as a pastor for more than two decades. Once settled, Rodriquez immediately began planting Betesda in Miami, purchasing property in 2021.

For the past four to five months, the church has housed 17 immigrants in its church building. Otherwise, these individuals would be sleeping on the street, Rodriquez said. “These people have nothing … nothing,” he emphasized.

Early every Sunday morning, the church classrooms where the immigrants live are thoroughly cleaned in preparation for Bible study and worship.

‘We exist to be God's expression of love to this world in need.’

“We have helped them in many ways: financially, materially and spiritually,” he said. “They have received God’s love through us. They have seen the hand of God through our generosity. They are shocked by so much love received. … We exist to be God’s expression of love to this world in need.”

The acrostic for immigrant ministry at Iglesia Bautista Northside in Hialeah, where Alberto Ocaña serves as pastor, is SHAWL: Sharing Help/Assistance With Love. For the past several months, the church has served the immigrant community in dozens of practical ways. 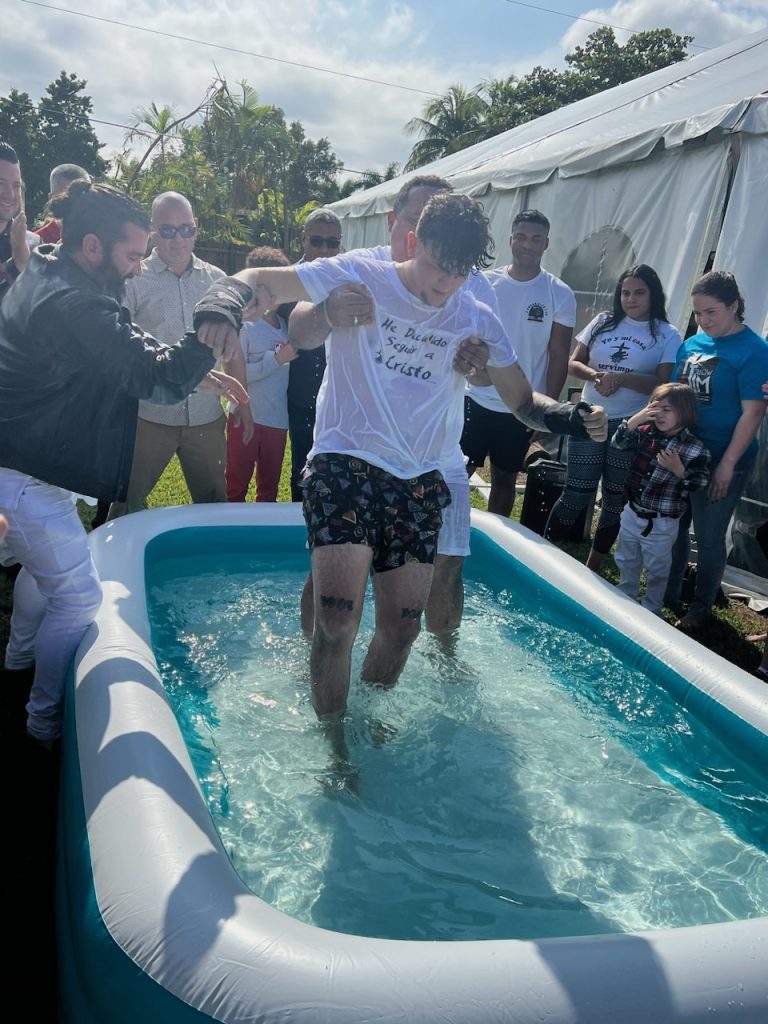 From providing housing to making connections with attorneys who help with legal paperwork to enrolling children in school to teaching English, the church has been at the forefront of welcoming its new neighbors. The list continues to grow of how the church is helping those new to American soil. As the practical needs of immigrants are met, relationships are strengthened and opportunities to share the gospel grow exponentially.

From the beginning of the ministry, pastor Ocaña explained, the church has been seeking to connect with the immigrants so that they might hear and respond to the gospel of Jesus Christ.

Iglesia Bautista Northside’s outreach to the immigrant community is a “wonderful expression of what this church is doing to see lives served, and the gospel shared in word and deed,” said Roque.

‘From voice to voice … the church can help’

“Because of my conservative background, I have always thought that borders should be protected and that immigration is done legally. But we have realized that this is not the reality in this context and that our Christian responsibility is to minister to them,” he said.

‘From voice to voice, people in need have found out that the church can help them.’

He spoke of Gustavo who showed up at the church with his father and mother, seeking prayer for his children who were desperately seeking to cross the border. The pastor became personally involved in Gustavo’s heartbreak. Eventually the children crossed the border, finding their way to the church, where other young people “loved them and ministered to them.

“From voice to voice, people in need have found out that the church can help them,” he said.

Another young man, Juan Carlos, arrived at the church because he had nowhere to stay. Local shelters were full. Iglesia Bautista Doral paid for a hotel room for the night, and members began to pray. A church member stepped forward, stating that he had an apartment with three months left on his lease. Juan Carlos and another immigrant moved into the apartment. As church members helped the two become acclimated to Florida and look for work, the immigrants were able to begin paying rent and building their new lives.

Ministry to immigrants, Carbonell said, “arose organically, and we accepted the challenge,” adding that he is grateful for support from the Florida Baptist Convention.

Such stories are being repeated over and over throughout Florida, Roque said.

“With the gospel love of Jesus Christ, we want to spread out the welcome mat­–to love and minister” to those immigrating to Florida.

“In each wave, God brings those who will serve, and He develops a heart within the next generation to serve as He leads.”

By Margaret Colson with Keila Diaz