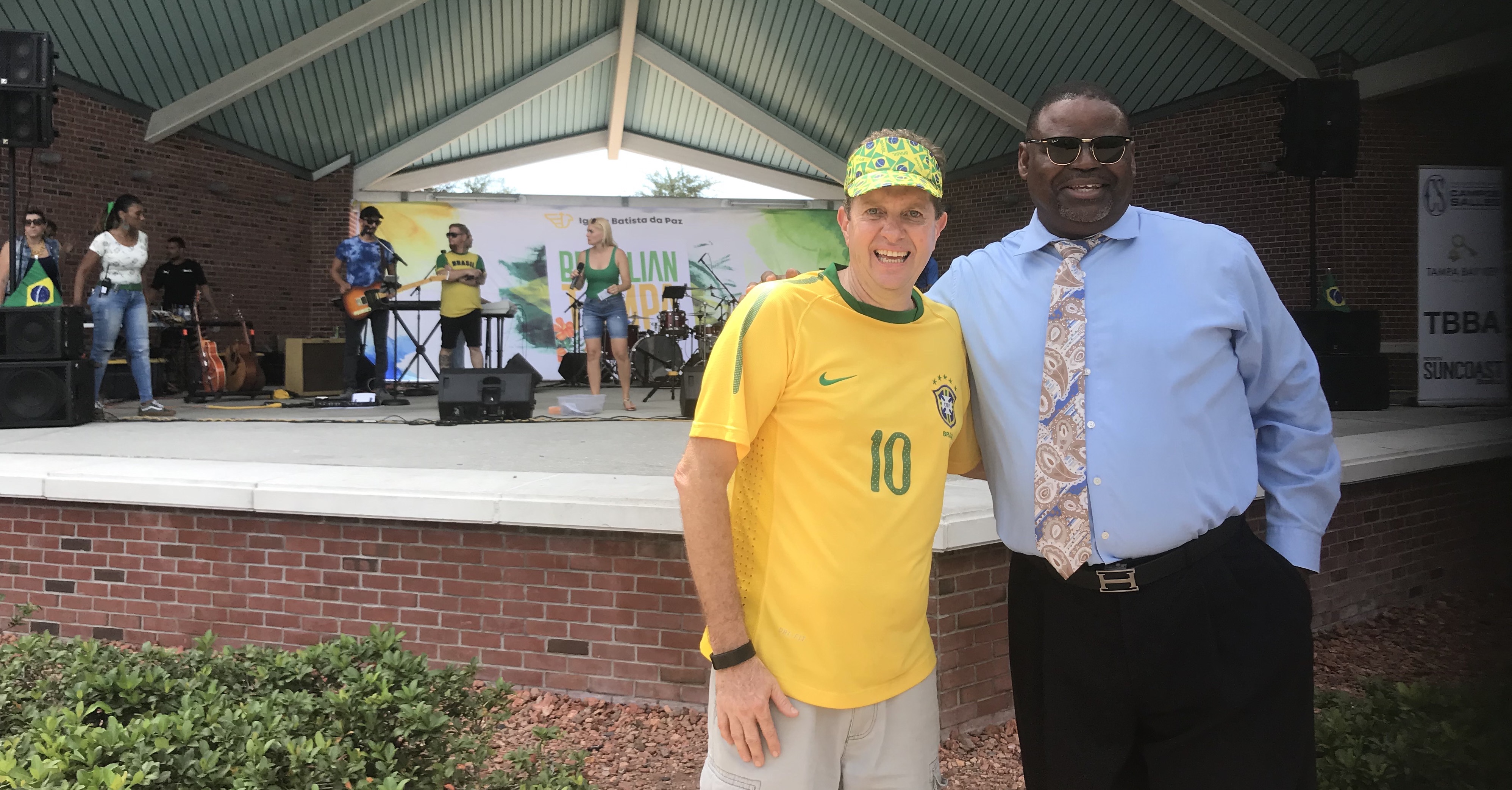 The day’s theme brought a little piece of Brazil to Tampa in the name of God. Attendees enjoyed great food, fun games and hearing about the love of Jesus. 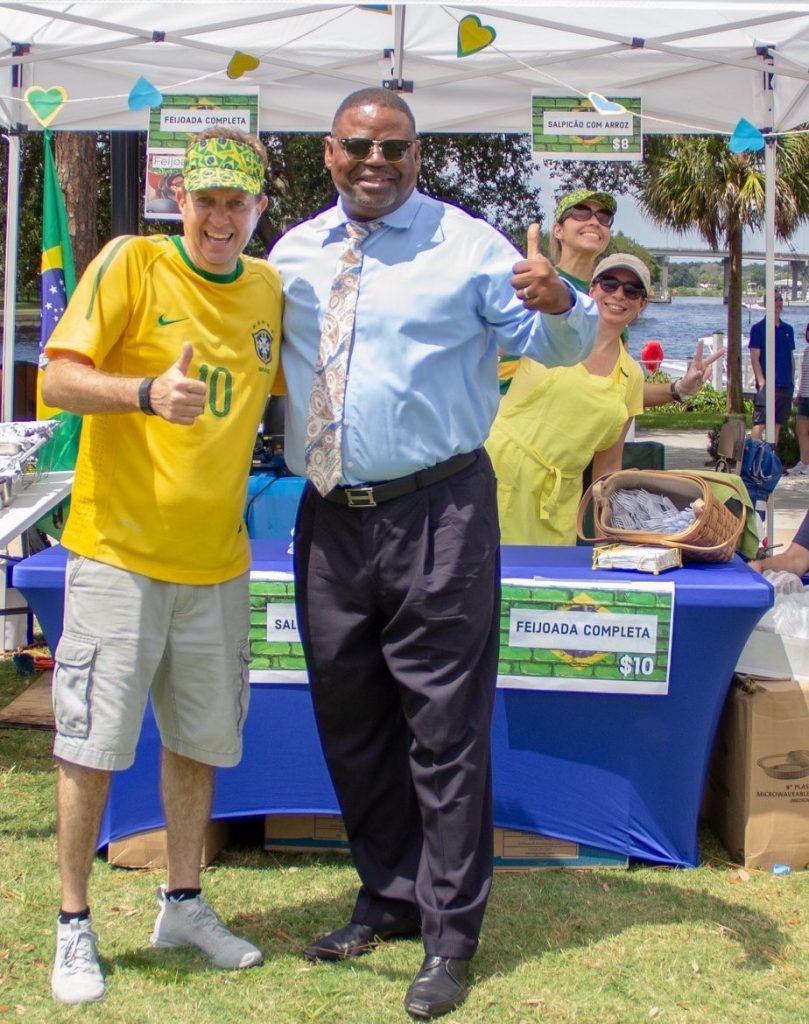 The music and atmosphere lent to an enjoyable experience for all and success for the initiative.

The event held Sept. 7 in downtown Tampa drew more than 200 Brazilians, and 100-plus English and Spanish speaking guests. DVDs of the “Jesus” film were distributed to those in attendance and with help of sponsors, approximatly $3,000 was raised for the church.

As parkgoers gathered in groups at the stage to join together in worship, Pastor Carlos Ludwig said he was excited to see that people were especially drawn into the spirit when the band sang songs in English.

“Many came to our prayer tent and we had several people attend our Sunday night service,” said Ludwig. “A Scientology group of four people came and gave flyers during our event with a group of the Jehovah Witnesses,” he added.

One and all were welcomed, explained Ludwig, including several members of the gay community who engaged church members in discussions. “We treated them with respect, gave them free food and preached the gospel. They ended up writing about us in social media and calling us worthy of our name–Peace Baptist,” said Ludwig.

Jeffery Singletary, Florida Baptist Convention’s catalyst for Central Florida called the event, “an incredible day of celebration, very festive in nature. It was an opportunity to experience the sights, sounds and tastes of Brazil without going to Central America, just Central Florida.

“Hats off to Pastor Carlos and his team for putting on a great event. I loved it, I enjoyed the food, the people, the language, the culture; all was phenomenal.”

The church plans to include a message from the stage at next year’s event.

Student and Kid Ministers Encouraged and Equipped at Next Gen Retreats