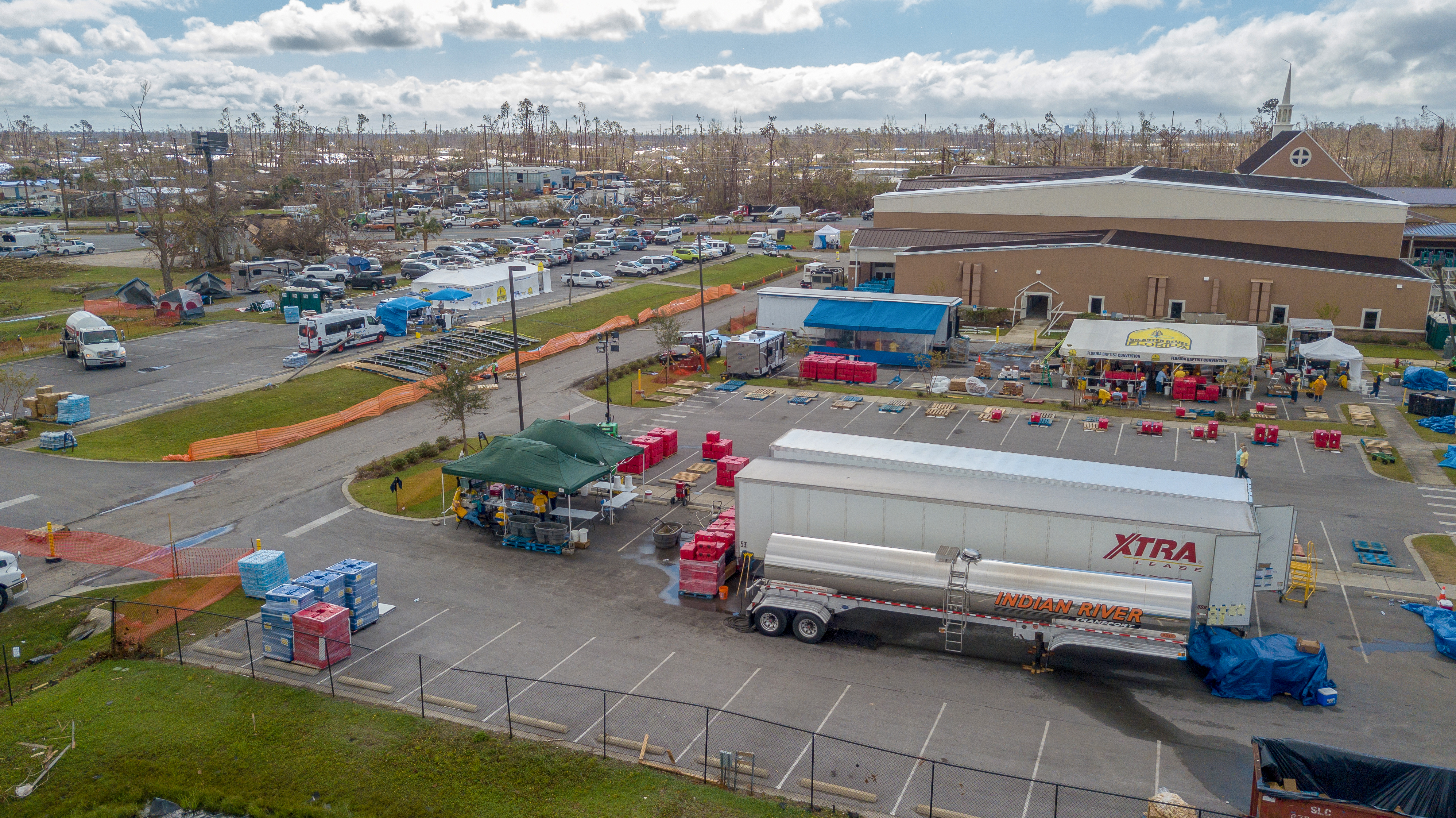 A home for DR volunteers

Second in a series of three stories on the first anniversary of Hurricane Michael. 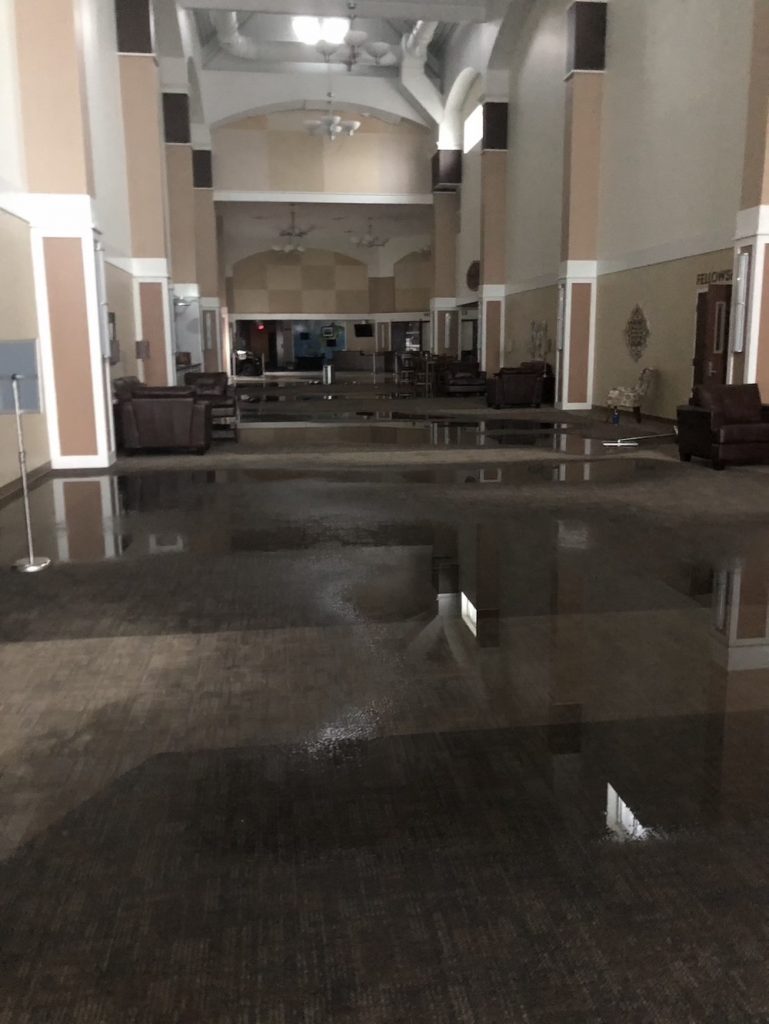 “We have always been a church very active with the Florida Baptist disaster relief ministry and knew it would be a beacon of light in our hurting community,” said Steven Kyle, senior pastor, Hiland Park Baptist Church. “I can remember seeing those yellow disaster relief hats and shirts show up on our main campus and immediately taking a breath of relief knowing much-needed help had arrived.”

Kyle explained that his church had decided “long before Hurricane Michael” to serve as the headquarters church for disaster relief “should the need arise.” With widespread devastation throughout the community as well as to Hiland Park’s three church campuses, the need was undeniable. 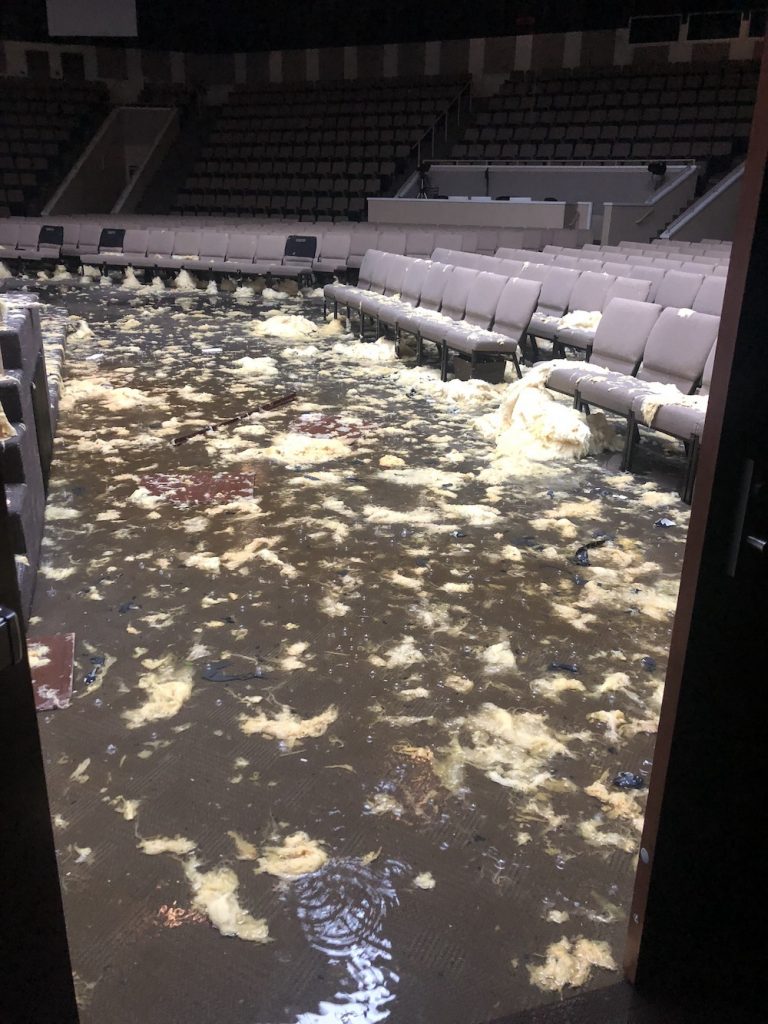 The first two weeks after the hurricane, Hiland Park didn’t have electricity, running water, air conditioning, chairs or a sound system. Worship services were held in a field across from the main campus of the church.

“Yet, those were some of the most Spirit-filled, Christ-centered worship services we’ve ever participated in,” he said.

Amid the chaos, “Disaster relief not only brought some much needed stability and security to our campus but also worked extremely well with my church staff. The disaster relief missionaries not only were able to do much needed ministry but also to give support and encouragement to my team,” he said.

Because of Hiland Park’s longtime involvement with disaster relief, Kyle said he “had an idea how the ministry worked.” Yet, with his church serving as the headquarters for Hurricane Michael’s disaster relief response, “I was able to see firsthand the detailed planning and structure that goes on behind the scenes. I was amazed to see even the smallest details discussed, planned and thoroughly bathed in prayer,” he said. 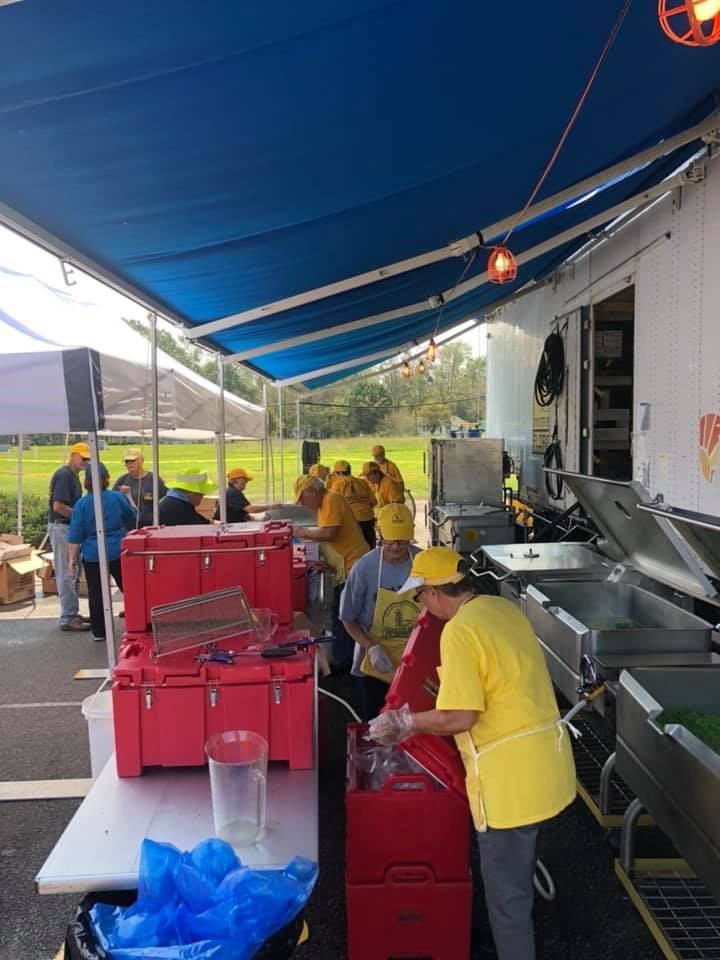 One month after the Hurricane Michael made landfall, Florida Baptist Disaster Relief reported that 752,840 meals had been prepared for those in the hurricane zone, nearly 1,200 work requests had been completed and 82 persons had made professions of faith.

More than 2,000 disaster relief volunteers had responded to help the battered Panhandle three months after the storm. Yet, because of the widespread devastation, the disaster relief would be ongoing, with many more volunteers to serve those in need.

The extent of the damage resulting from Hurricane Michael means that full recovery is still ongoing a year later. Some church members are currently living in recreational vehicles or with family members; others have moved out of town, hoping to return after their homes are rebuilt.

One of Hiland Park’s three campuses is still not being used. On the church’s main campus, worship services are being held in the fellowship hall. Kyle hopes the church’s worship center may be open around Christmas.

“This hurricane will take many years to recover from, but our church is seeing God move in many ways that have been direct results of the storm,” he said.

Each time a church member is able to move back home is a victory, he said. But such homecomings are not the only victories the church has witnessed in the past year.

A local high school girls’ softball team was facing the reality of having to cancel its season because it had lost its field and equipment to Hurricane Michael. The church heard the news and collected a special offering “to help the team salvage its season and bring some normalcy to the girls’ lives.

“Another coach at the school was so moved by the gesture, he and his family started attending our services, and all four of them trusted Christ as Savior and were baptized,” Kyle said.