LEHIGH ACRES—More than half of all residents in Ft. Myers-Naples claim that they do not read the Bible, pray or attend a local church, which when combined with other criteria earns the region a ranking of 14th  most “post Christian” cities in America. 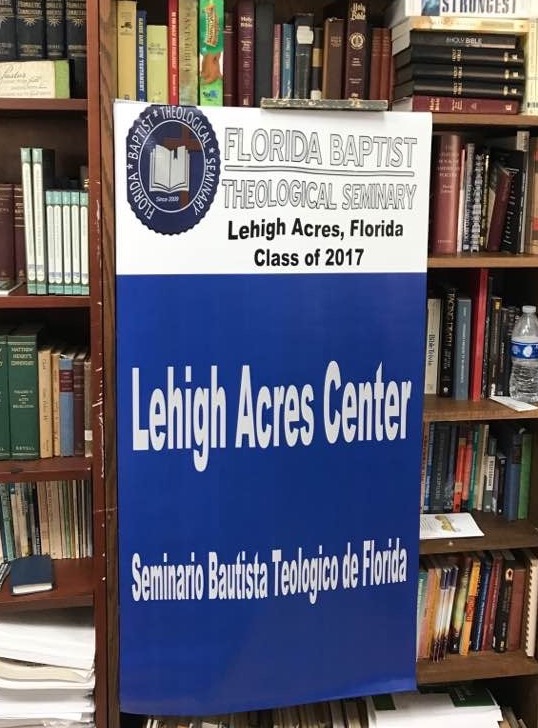 He believes he is called to partner with the local church in training leaders to combat this darkness in southwest Florida. “We have to do this hard work,” said Gomez. “It’s crucial.”

Burdened to better equip the local church with faithful and educated leaders, Gomez started a Spanish-speaking seminary on the campus of First Baptist Church in Lehigh Acres in 2014 in cooperation with the Florida Baptist Convention’s migrant ministries team.

Since then, the seminary has prepared 16 graduates for ministry.

“It doesn’t matter if we have many or few [students], the quality of the work is the same,” said Gomez.

Partnering with New Orleans Baptist Theological Seminary (NOBTS), the Seminario Bautista offers a three-year certificate program in Spanish. Students are required to take eight core classes in Old and New Testament and other NOBTS required curriculum. The remaining four classes are in subjects including leadership, which are original to the Spanish speaking seminary.

“It is our main mission to train and equip students to go back into their local church,” said Gomez. “We want qualified students leaving our seminary.”

Gomez is excited that the seminary is able to train local church leaders, knowing that they will be strategically placed around southwest Florida to share the gospel message.

Seminario Bautista is among a network of 10 schools placed across the state and Cuba, said Miseal Castillo, Florida Baptists’ migrant ministries catalyst. Although originally geared for pastors serving migrant churches, the churches are now composed of Hispanics who have put down roots in their communities and “need to know the Lord,” Castillo said. Soon a seminary will be strategically placed in Mexico, he reported.

According to Emanuel Roque, Florida Baptist Hispanic ministry catalyst,  Gomez “has led faithfully as a pastor in the Lehigh Acres area for many years.”

The pastor brings light to the southwest region in other capacities, he said, including serving in a volunteer capacity leading the local Hispanic pastors fellowship in that area. “This year we held a Hispanic Bible study summit at his church for all area churches and he served well getting local pastors to bring people as they hosted it.

“His work in the seminary is just one example of pastor serving and leading well to dispel the darkness over time.”

Gomez plans to grow the seminary into a viable resource to equip those called into ministry to serve in the local church. For more information on the seminary or to schedule a tour, contact Hector Gomez at 239-369-6141.

Pastors encouraged to ‘Stay at it’ during annual Pastors’ Conference