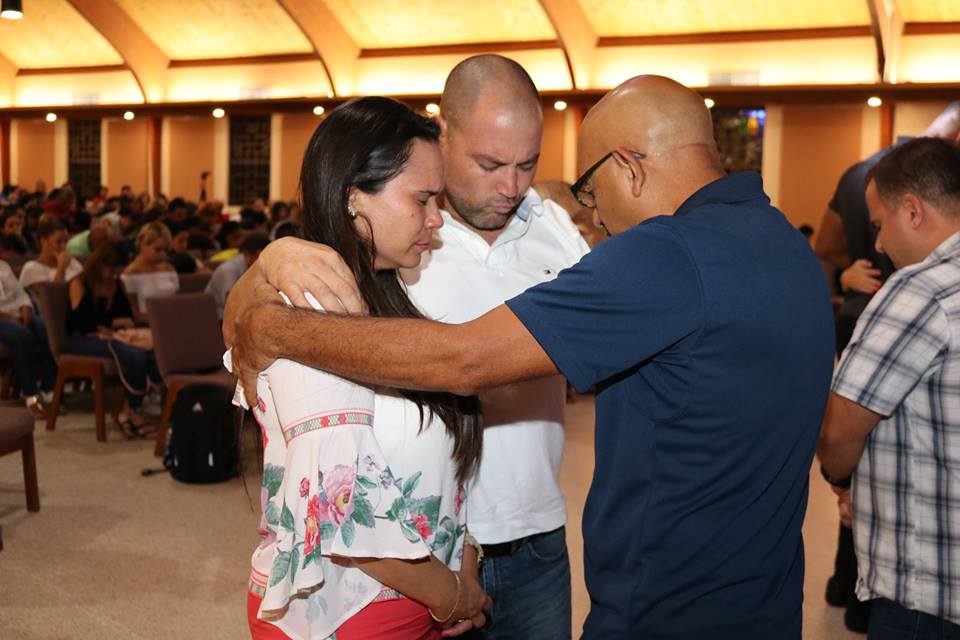 The Hispanic marriage retreat at Lake Yale Baptist Conference Center over the Labor Day weekend drew more than 300 men and women for a conference themed True Love or in Spanish: Verdadero Amor.

Worship led by bands from Turning Point Baptist Church and Iglesia Bautista Northside kicked off the weekend retreat which many reported on Facebook to be “refreshing.”

South Florida was well represented among those attending. Couples traveled from as far south as Key West and as far north as Jacksonville, reported Emanuel Roque, Hispanic church catalyst of the Florida Baptist Convention.

Cesar, pastor of Primera Iglesia Bautista Ciudad Satelite en Mexico, shared tools with the couples on how to strengthen their marriages, their personal relationship with God and how to forgive.  Andrickson, member of the Strength Team, shared his personal testimony in which he described starting to attend church because his five-year-old daughter simply asked. Perez, pastor of Iglesia de Cristo para las Naciones and Velez, US director of Compass Latino, talked about intimacy in marriage and finances respectively.

Compass Latino is an international organization which seeks to teach believers to be good stewards of their resources and finances with the purpose of fulfilling the Great Commission.

Enrique Gonzales, volunteer director of Hispanic promoters for the Miami Baptist Association, said that Perez’s and Velez’s messages were a “significant addition to a wonderful learning time.” He also wrote in a Facebook post that the retreat was “inspiring and filled with blessings.”

“Our purpose is to strengthen and equip marriages so that God may fulfill his purpose through them,” said Roque.

This conference follows the Hispanic family conference “Familias Sanas y Puras” which also focused on building up the family.

“We are making an emphasis on family because it is an institution under heavy attack in our cultural context and to Hispanics, family is very important,” said Roque. In fact, he added, he has seen many people start attending church because of the conferences and events focusing on family.

On Sunday night the youth and young adults—who were also gathered at Lake Yale for their own separate retreat—joined the adults for a night of worship. A calling was made to families who needed prayer and many walked forward and prayed with pastors.