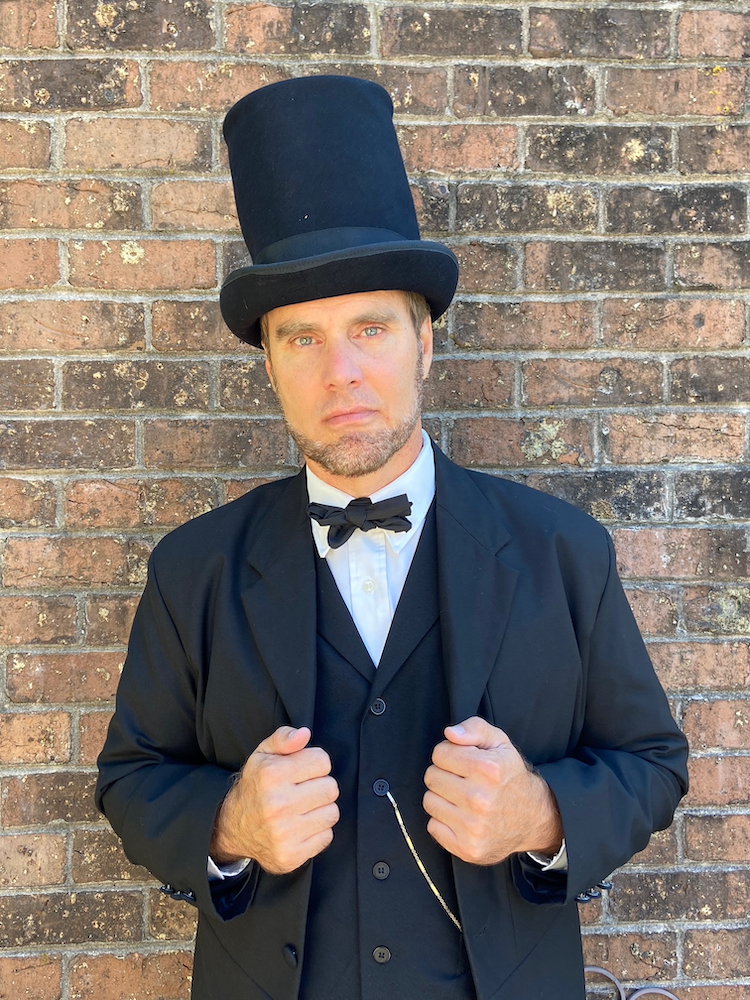 While the Rev. Greg Waltermire is not known for performing miracles, he has brought President Abraham Lincoln to life more than 200 times over the past five years.

Waltermire, the new senior pastor at First Baptist Church in High Springs, inspires others as a Lincoln impersonator, bringing the late president to life through educational presentations to schools, professional organizations, community groups, churches and more.

Since 2016, he has been the designated Abraham Lincoln for Kentucky Chautauqua and speakers bureau, sponsored by the Kentucky Humanities Council. The organization allows schools and community groups to invite historic Kentucky figures like Lincoln to speak to their groups for a minimal fee.

“I’ve taken events in his life and some of the sayings for which he’s most known and I’ve molded it into a motivational lecture and it’s got some salient points that really come across as you can see them identified in his life,” said Waltermire, who pastored in Lexington, Ken. for the past 19 years.

His Lincoln presentation has proven extremely popular because he makes it interactive with the audience.

“Instead of doing just a chronological retelling of Lincoln’s story from the log cabin all the way up to the end, I wanted to make it more interactive and make it topical,” he said.

He does this by inviting audience members up on stage to participate with him. For example, when he’s talking about Lincoln’s parents, he’ll invite a man and woman on stage. When he’s doing a bit on the Gettysburg Address, he invites a group of people.

“Their interaction just makes it where people don’t just have to sit there and listen to a monologue,” he said.

Waltermire considers himself an amateur historian, but since he started this role his knowledge of Lincoln has continued to grow.

“While he lived a relatively brief life – he died at age 56 – what he was able to accomplish and what he spurred on as a result of what he did when he was living has just been monumental in helping us become the country that we’ve become,” he said.

While Waltermire has been a Baptist pastor for the past 31 years, his Lincoln monologues are not spiritual in nature. He describes them as more inspirational than religious.

“Lincoln was never identified with a particular church,” he says. “But he absolutely acknowledged God very often, not the least of which is the National Day of Thanksgiving, which we can trace back to him.  He had the classic line where someone asked if he thought that God was on the Union side. He said the issue is not whether God is on our side but whether we are on God’s side.”

Using Lincoln’s quotes and aspects of his life, Waltermire offers an inspirational presentation that is fitting for all ages. As Lincoln he encourages people to be hard workers and to never quit; to realize where they are headed is more important than where they started; to learn everything they can; and to be nice to others.

“So many have told me that telling people to be a nice person is so timely for our country, which has been stretched to defraying in recent years,” he said.

To play the part of Lincoln, Waltermire typically grows his beard year-round so he can always be ready for the next performance. With so few bookings this year due to COVID-19, he shaved it off. But he’s ready to grow it back and perform as Lincoln again.

“I am hoping it picks up again because it’s a good presentation,” he said. “It reminds us of some things. It’s not political, it’s just common sense wrapped up in a person’s life.”