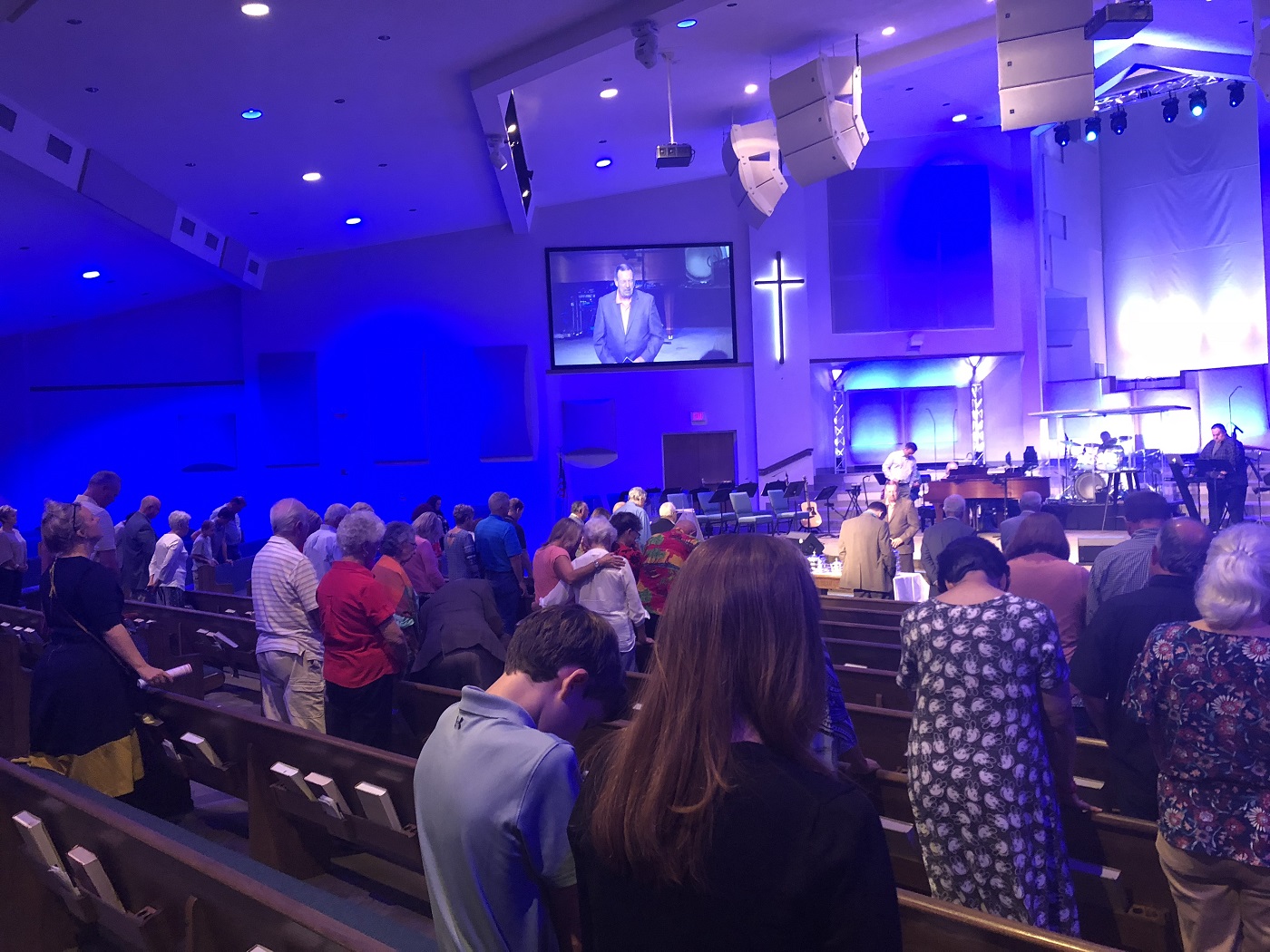 “More than a hashtag” – Florida Baptists pray for Jacksonville

The city of Jacksonville is the latest to be added to a list of U.S. cities reeling from violence after two people were shot and killed and 13 people injured at a national video gaming tournament at a riverside mall in downtown Jacksonville on Sunday, August 26 2018.

The event comes less than 48 hours after a shooting at a Jacksonville high school football game left one person dead and two additional people injured.

As shock and sadness filter through the city, Florida Baptists have been burdened to seek the Lord and His will for the area. Tommy Green, executive director-treasurer of the Florida Baptist Convention, said that it’s time for us as the people of God to pray for peace in our city, citing Jeremiah 29:7.

“We are to pray for our communities and cities,” Green said. “These heartbreaking moments reveal the need for continued and accelerated Christ-centered mission in our vineyards of ministry.”

To that end, several churches throughout the city of Jacksonville have held prayer meetings to lift up all who have been touched by violence. One of those events took place at Fruit Cove Baptist Church Sunday night. Lead Pastor Tim Maynard offered these words in prayer:

“Father we rise up today as Your people with one voice to say ‘Enough!’ Enough to violence that takes and diminishes life. Enough to the reign of fear. Enough to the darkness that seeks to own and destroy us.”

The Jacksonville Baptist Association has also coordinated prayer rallies for Tuesday morning at several churches throughout the city. First Baptist Church in Orange Park will be one of those host locations. David Tarkington, lead pastor of First Baptist, said the call to prayer for the city of Jacksonville has to become more than just a hashtag.

“Church, it’s time to step up,” Tarkington said. “It begins with prayer (real, repentant, convictional, worshipful prayer) and follows with stepping outside our buildings to engage, in love, the community we have been called and placed within to serve. This is for the glory of God alone.”

The rallies – called ASK (Ask, Seek, Knock) Prayer Gatherings – hope to encourage the people of Jacksonville to “pray for healing and renewal in our homes and communities” according to an email from the Association.

Craig Culbreth, FBC Catalyst for east Florida, hopes the churches in the area will take this opportunity to point people to Jesus.

“There’s no doubt my mind when something happens like this in the town where you live and work it has an effect on you,” Culbreth said. ”My prayer is that we will use this tragedy as an opportunity to impact our community with the Good News of Jesus Christ.”

Disaster Relief – preparing for a hurricane