LEESBURG—More than 100 men gathered to sharpen their roles as leaders in their churches and more effectively tackle their roles at home during 2019 Haitian Men’s Retreat. 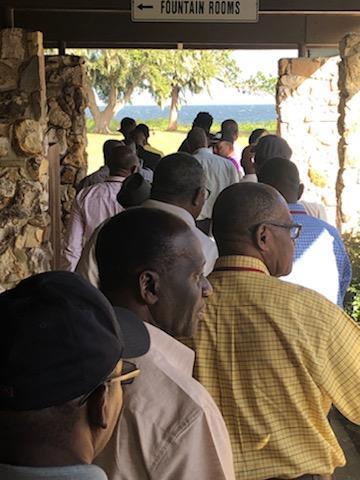 The theme of the Sept. 20-21 meeting at Lake Yale Baptist Conference Center was “Renewed Strength,” based on Isaiah 40:31.

“This is an annual retreat where men from Haitian churches around the state come together to be equipped and revitalized for ministry,” said John Voltaire, Florida Baptists’ Haitian church catalyst, who coordinated the meeting.

Wiler Celestin, men’s ministry president at First Haitian Baptist Church in Orlando, said he gained “nuggets of wisdom” from the conference in just hours. “It is impossible to go back home after a retreat like that and not become a better person and a better man of God.” 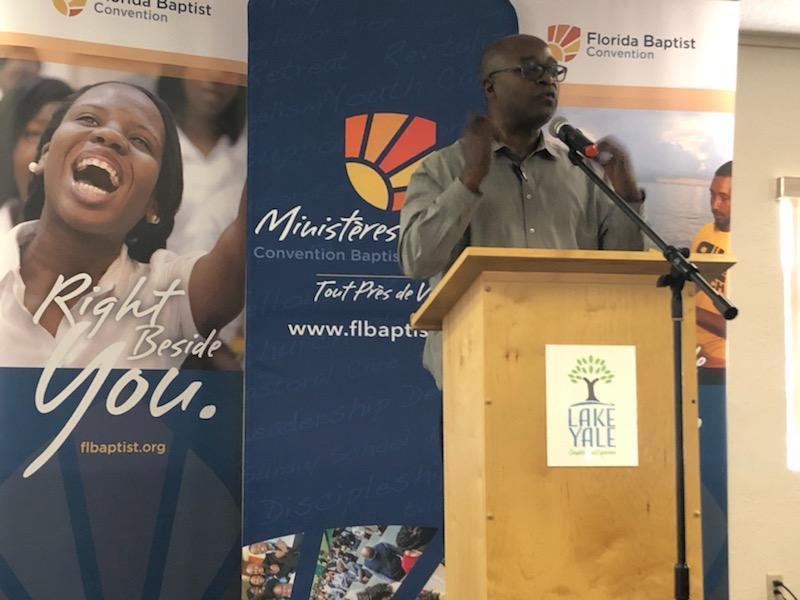 The four breakout sessions were: “Real Men Love Jesus;” “Accountable Dad and Husband;” “Becoming an Effective Leader;” and “Men After God’s Own Heart.”

The “Men after God’s Own Heart” session was led by Raymond Pierre, a church consultant and former president of the Haitian Pastors State Fellowship.

The session that focused on the grace of God and his unconditional love for men was “a blessing,” said Reginald Joseph, associate pastor at Haitian Evangelical Baptist Church of Homestead. “It allowed the men to be vulnerable with others of the same faith. The conference allowed us to bond and made us realize that we are not the only one going through this.”

Among the activities was a game of international football (soccer) played on the Lake Yale’s grounds. According to the participants, the experience reminded then that leadership does not mean toughness–leadership is a lifestyle of service.

Many of those in attendance said they wished that the conference could have been longer, and they hope to encourage more participation next year.

Nephtalie Hyacinthe majored in Public Relations and journalism at Barry University and also attended the Kaplan (Purdue) University Business Management College to deepen her business acumen. In her own words, Nephtalie Hyacinthe “found her calling” in the world of public relations working for clients in the fields of media, publishing, government, community outreach, public figures and entertainment.