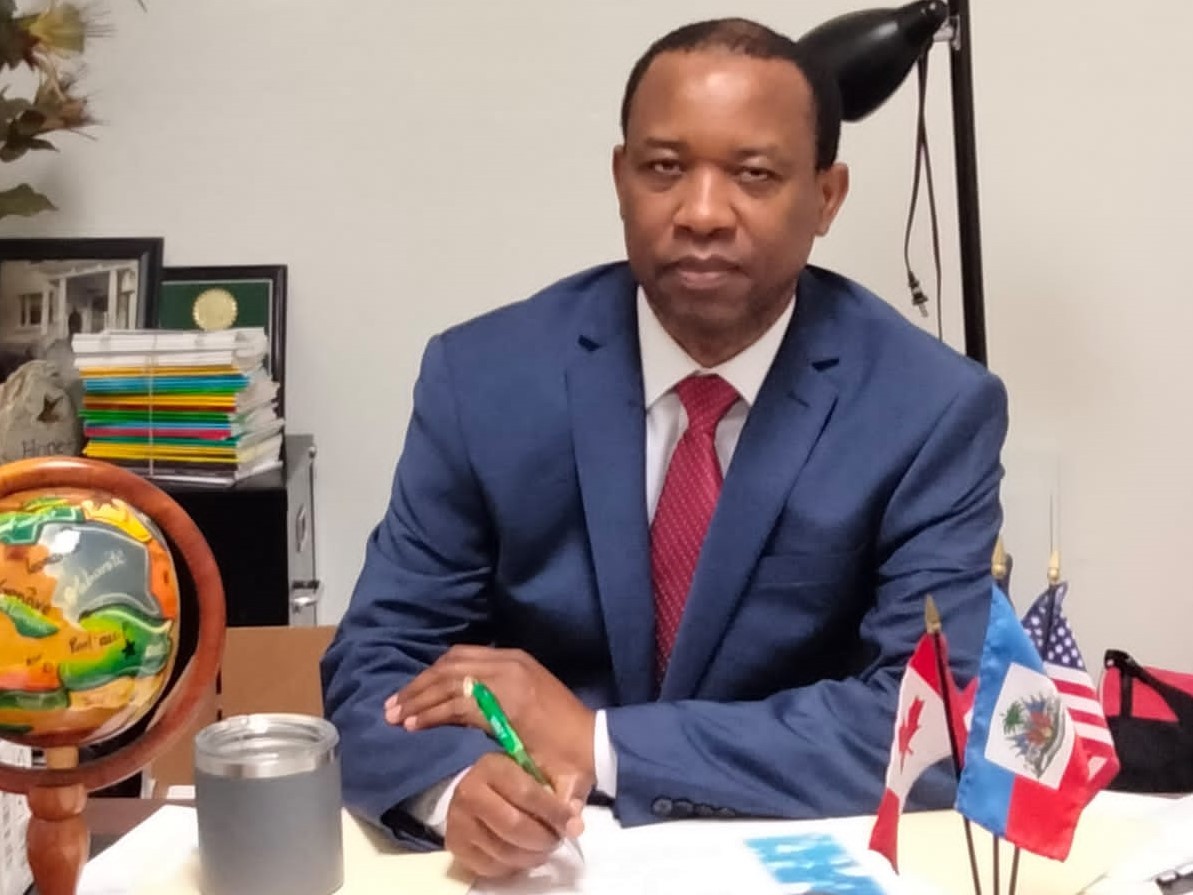 Amid the flowers and balloons celebrating the 30th anniversary of Premiere Eglise Baptiste Haitenne de Jacksonville, Pastor Oreste Coulanges focused on the future, saying, “Pray that we can keep serving God, being a light in the community.” 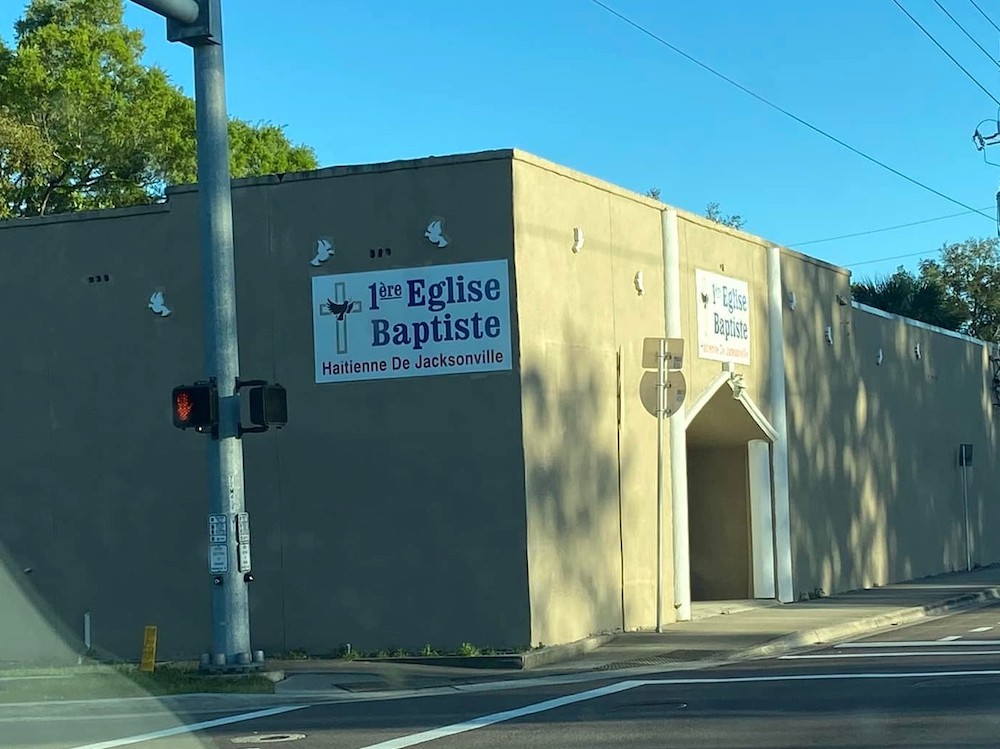 As the oldest Haitian Southern Baptist church in Jacksonville, Premiere Eglise Baptiste Haitienne has a heart for missions locally as well as internationally as it serves individuals in its local community and in Haiti, the pastor said.

“We have a group of people who love serving the Lord, work very hard for the church, and love to give to others; we call it a family church,” Coulanges said.

The church provides two worship services each Sunday morning, one in English and the other in Creole.

“We are the only Haitian church in Jacksonville that provides an English service,” said the pastor. “Our youth and our teens do not speak Creole fluently. The English service helps them to worship God in their first language, and they are responsible for leading that service.”

During COVID, the multigenerational church of approximately 100 people gave food every Saturday to community residents. For a full year Pastor Coulanges preached every morning for 15 to 20 minutes, sharing God’s Word through a phone messaging app.

“Every month we have a mission offering and send it to pastors in Haiti that we know are in tough, difficult places,” Coulanges said.

Prior to COVID, the church took an annual mission trip to Haiti and worked with a local church to provide an opportunity for couples who wanted to get married to have a memorable wedding ceremony.

“We provided wedding clothes, shoes, food, sometimes for as many as eight to ten couples, and we conducted a group ceremony for them,” the pastor said.

The congregation has also provided tuition for individual orphan children to attend school in Haiti.

“We need prayer for Haiti, that we can do more mission trips, help others there start businesses so they can provide for their families,” Coulanges said.

The church was started in 1992 when Renaud Balzora saw the need for a Haitian congregation in Jacksonville and began meeting with a few families in the city. Balzora also helped establish the partnership between the Florida Baptist Convention and the Confraternité Missionnaire Baptiste d’Haiti, a partnership which launched in the mid 1990s.

Coulanges has served as pastor of Premiere Eglise Baptiste Haitienne since 2008.

Originally from Haiti, Coulanges became a Christian at age 10 while attending Vacation Bible School at a local Haitian church.

“I heard the story and needed Jesus as my Lord and Savior,” he said.

Leaving Haiti as a young adult to attend seminary in Toronto, Ontario, Canada, for two years, Coulanges then moved to New York to serve at a Haitian church in Brooklyn. 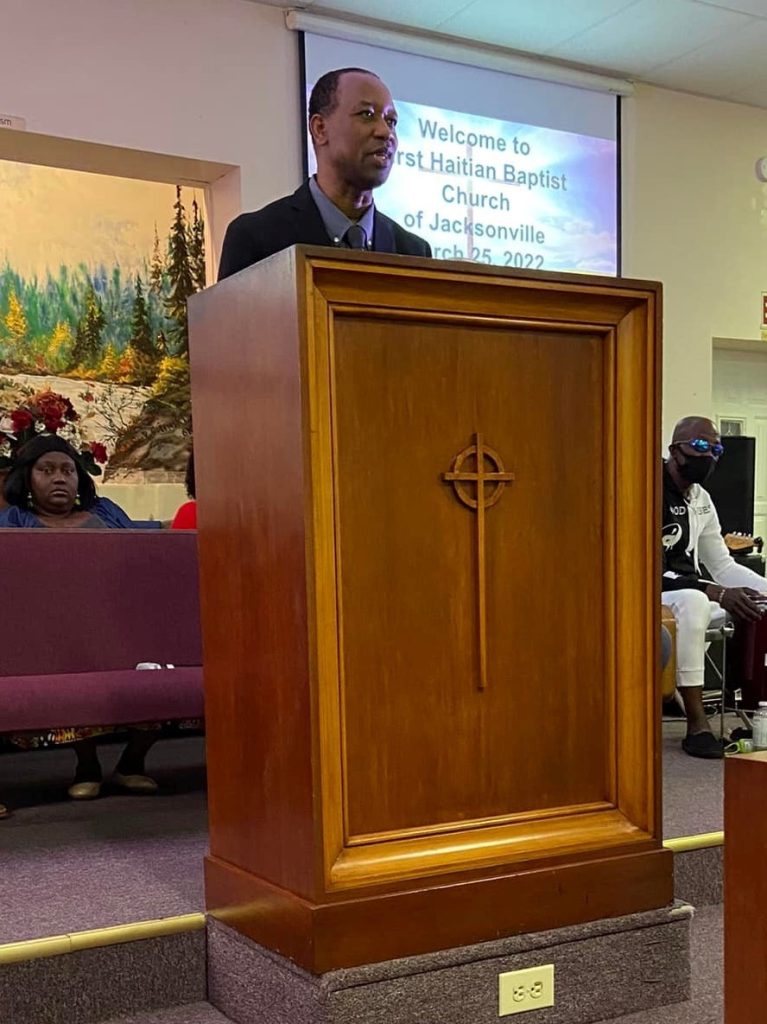 Although Coulanges never planned to be a lead pastor, he accepted the call. With his wife and their five children, they have been at the Jacksonville church ever since.

A week of celebration

The 30th anniversary celebration of Premiere Eglise was held Sunday, March 27, preceded by a week of special celebration services.

With the theme “Give and it will be given to you” from Luke 6:38, guest speaker Craig Culbreth, Florida Baptists’ east regional catalyst, spoke throughout the week about the importance of giving your talent, time, trials, generosity and tomorrows to God.

The services were accompanied by guest musicians and were attended by people from other local Haitian churches, Coulanges said.

Through the 30-year history of the Haitian church, Coulanges is grateful for the Florida Baptist Convention.

“Whenever I have a need they have come alongside me; I don’t ask often, but when I do, they have provided,” he said.