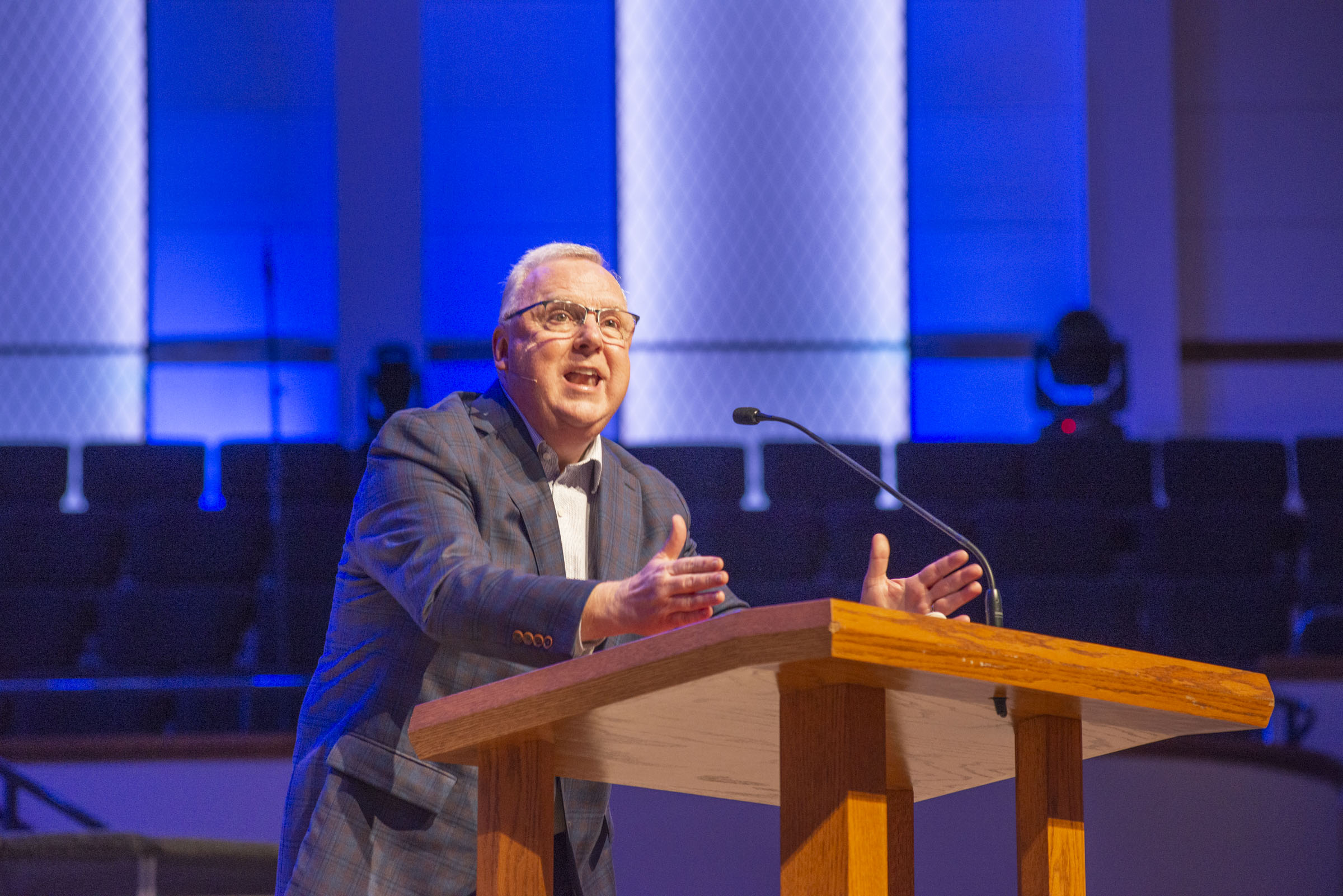 'Florida is poised in this kingdom moment for a kingdom movement.'

Green focused on Matthew 13:45-46 for his message about the “pearl of great price,” saying, “Devotion to Jesus Christ demands everything of our lives surrendered in totality to Him, fully devoted followers of Christ.”

The parable in the Gospel of Matthew, he said, reveals that Jesus Christ is the “treasure, one pearl of great price,” immeasurably valuable and worthy of sacrifice and commitment.

First, Green noted in the parable, the merchant was “seeking” beautiful pearls. Today, churches may seek many “good things,” he said, but must focus on being “kingdom-minded” and “kingdom-worthy.”

He stated that the pandemic “caused the church to look with fresh eyes at ministry. Not everything needed to survive.” 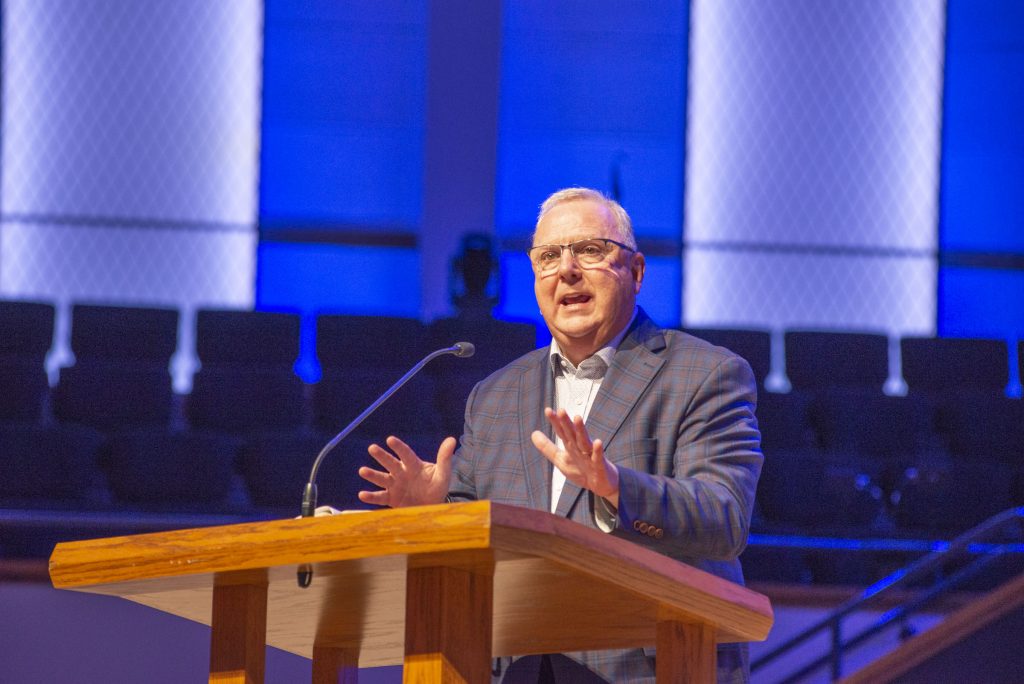 From 1963 until 1988, Bill Billingsley pastored Sheridan Hills Baptist Church in Hollywood. The selfless pastor had a “kingdom of God, pearl of great price mindset in mission and ministry … doing church planting, church replanting and church revitalization before it was cool.” Today, many church leaders throughout the Sunshine State can testify about Billingsley’s impact on their lives and ministries.

“I want everything in and of my life to be surrendered to Christ and to live urgently for the kingdom,” Green said.

Third, the pearl of great price, he said, calls for submission. “Once you have experienced Christ, you gladly yield all of your life to Him in submission and joyfully submit your life in ministry for the kingdom.”

He noted how Southern Baptist Disaster Relief volunteers submitted their lives to help those in need following Hurricane Ian’s landfall in Florida in September. “When things are at their worst, Southern Baptists are at their best,” he said, describing how a secular news reporter was astounded at the ministry offered by DR volunteers and eagerly shared the message on his television station.

God placed each of us here with a divine mandate to reach Florida for Christ. May we be in all-in for kingdom ministry. It is the call to be all in.

“God placed each of us here with a divine mandate to reach Florida for Christ. May we be in all-in for kingdom ministry. It is the call to be all in.”

As the sanctuary erupted with applause and cries of “Amen,” Green called out every area code throughout the state, asking if those gathered would answer the call.

“Will Florida Baptists heed the kingdom call?” he asked.

Florida Baptists, he said, are “multicultural, multiethnic, multigenerational and multilingual. That’s who we are,” stating that he is grateful that Florida Baptists “set the pace” for baptisms, church planting, Cooperative Program giving and mission engagements within the Southern Baptist Convention. 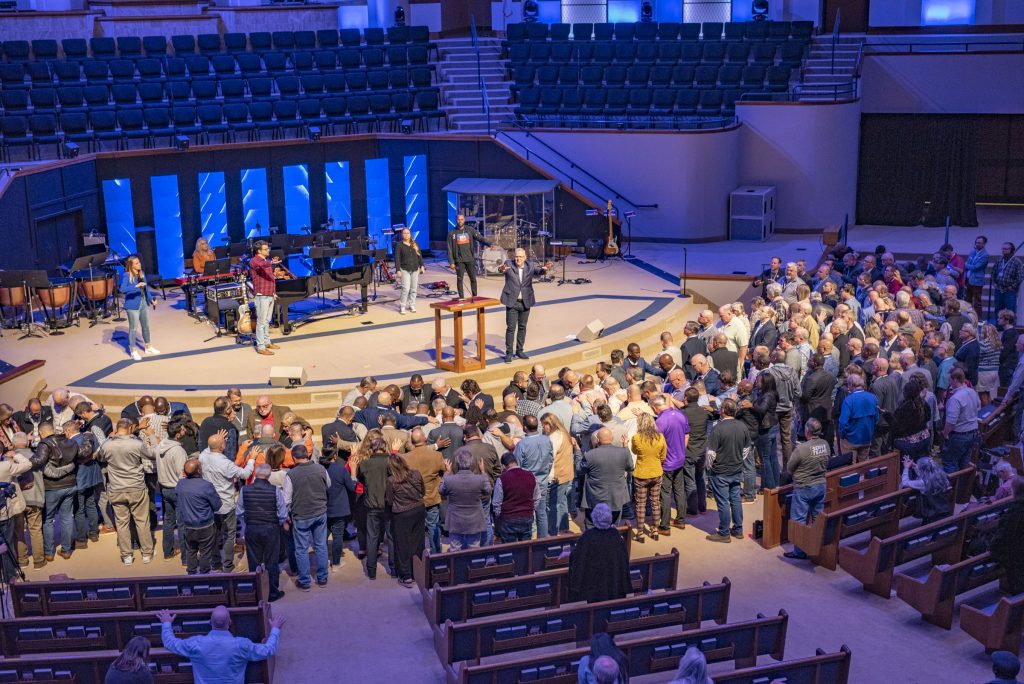 Yet, he said, “Our work is not completed. More, more, more for Christ.”

In closing Green invited attendees to gather before the altar, standing with their regional catalysts, to express a commitment to reach Florida for Christ.

“May this be the beginning of a sweeping movement across Florida.”

Florida Baptist pastors urged to have ‘courage to continue’