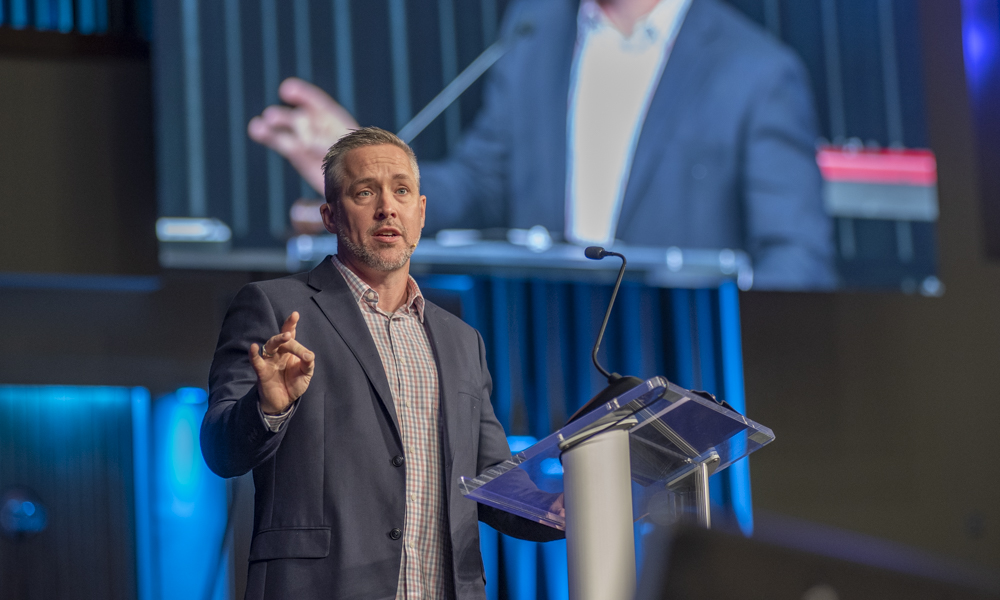 ORLANDO, Fla.—“Jesus’ plan for reaching the world,” believes J. D. Greear, “is not gathering large groups of people to bask in the anointing of one prophetic teacher, but raising up ordinary people in the power of the Spirit and sending them out.”

Stephen’s story began in Acts 6 when he was selected to deliver food to widows. “He was the ‘meals-on-wheels’ guy of the early church,” said Greear, who also serves as president of the Southern Baptist Convention.

Stephen “did his job so well and his witness was so full of the Spirit that it got the attention of many in the community.” Some Jewish priests turned to Christ, and religious leaders tried to discredit Stephen. Ultimately Stephen preached the longest recorded sermon in the book of Acts to the Jewish council, and was later stoned to death.

Stephen’s martyrdom scattered the believers throughout Judea and Samaria. “This is the first time the gospel leaves Jerusalem, and not a single apostle is involved, even indirectly,” said Greear to those gathered at First Baptist Church in Orlando. 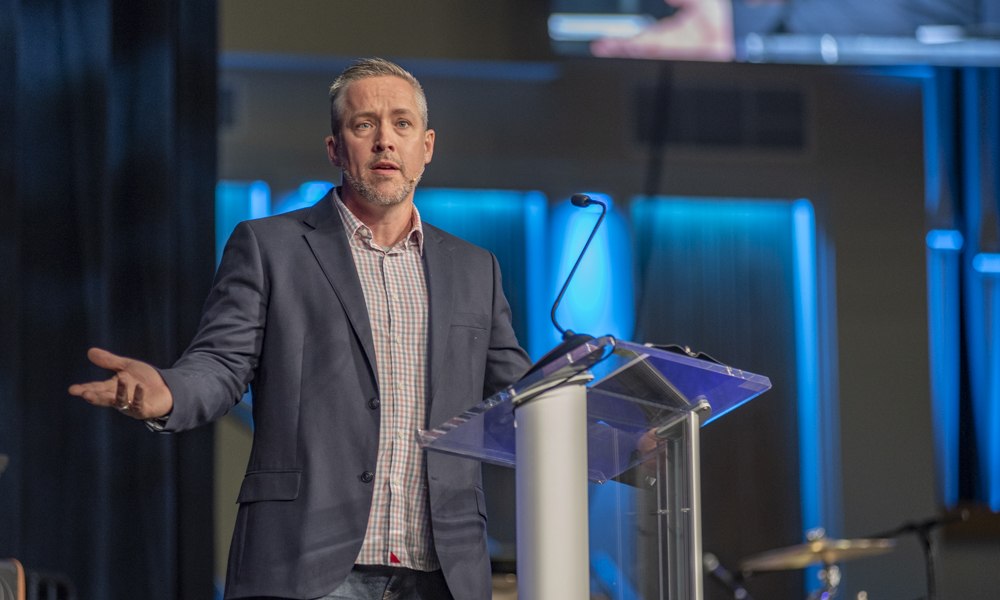 “I believe Stephen’s story is given to us as an example of how the gospel will expand globally,” he said.

Greear highlighted “Five Convictions of Those Who Turned the World Upside Down.”

First, Greear said, “God wants to use me.” Greear explained that the gospel has “traveled around the world faster on the wings of business than it has even through apostolic effort.”

With today’s limited resources, Greear asked, “What if God was behind this lack of funds, as His way to return us to simple convictions—convictions that propelled the early church forward?”

Second, “The Holy Spirit fills me,” said Greear. He said that the “most common characteristic repeated about Stephen was that he was filled with the Spirit.” Spiritual power, he said, is not “about ability but availability.” While there may be ambiguity in “how He (the Spirit) speaks,” he said, there is no ambiguity “in that He speaks.”

Third, “I’m just here to serve,” Greear said. Stephen got the opportunity to preach, he said, by “waiting on tables, meeting needs. The way that ordinary people begin to transform the world is by looking around them and saying, ‘Where can I be the hands and feet of Christ?’”

Fourth, “As Jesus was to me, so I will be to others,” he said. Greear pointed out that Stephen’s last words on earth mirrored the last words of Christ. Those words, Greear said, “give us a window into Stephen’s soul. In Stephen’s dying moments, he is attempting to do for others what Jesus had done for him.”

Fifth, “Jesus is worth it,” Greear said. “The only way people develop the courage to go is the conviction that Jesus is worth it,” he said. Obedience to Jesus is costly, he said, and the only thing that will compel people forward is the “worthiness of Jesus.

“You want to start a movement? It’s build on five convictions and ordinary people.”