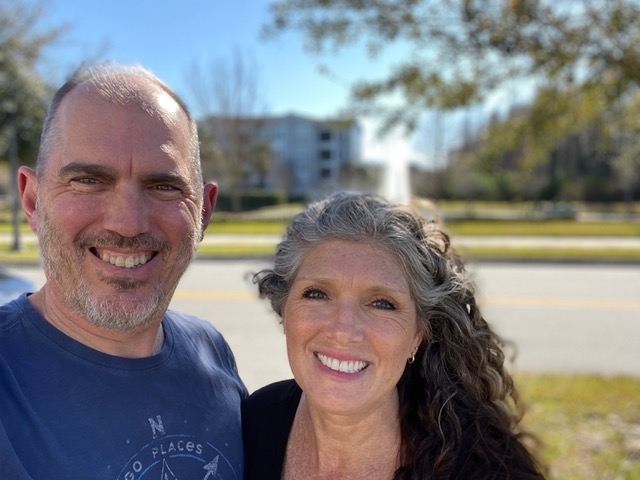 In late 2017 Dan and Mandy Biles were casually looking through the church bulletin, waiting for the worship service at Idlewild Baptist Church in Lutz to begin.

The church’s summer 2018 mission trips were outlined in the bulletin.

“I pointed to one and told my wife that I was feeling led to go on the short-term mission trip to Albania,” recalled Dan Biles, then serving as county administrator for Pasco County.

Months later, during that trip, Biles began to sense God telling him that his relationship with Albania would be long-term, although, he said, “I wasn’t sure if that meant full-time missionary service or short-term mission trips over the following years.”

“After the 2019 trip, I really started to sense that God was calling us to full-time ministry there through the International Mission Board after our youngest child graduated from college,” he said.

In 2020 and 2021 Biles’ wife served alongside him in Albania. A team from Idlewild’s missions committee traveled to Albania in 2020 as part of a vision trip to initiate long-term relationships between Idlewild and IMB missionaries already serving there.

Through the mission trips to Albania, prayer and discussions with his family and Edgar Aponte, global missions minister at Idlewild Baptist Church, Biles said that God’s calling of him and his wife to serve as full-time missionaries in Albania “has been confirmed.”

Fast-forward to June 2022 and the couple were among 58 individuals recognized by the International Mission Board at the Sending Celebration held June 14 in conjunction with the 2022 Southern Baptist Convention Annual Meeting in Anaheim, California. Two other Florida Baptist couples also participated in the Sending Celebration and will soon begin their international missionary service, but their names and places of service cannot be published because of security concerns.

Now officially appointed as IMB missionaries, the Biles will head to the IMB’s International Learning Center in Richmond, Virginia, for field personnel orientation before leaving for Albania in early October.

There, they will join another IMB missionary couple already serving in Tirana, Albania, and they will work with local church leaders and pastors to reach residents in the predominantly Muslim country with the gospel of Jesus Christ. They will also disciple and train leaders in the young churches that have been established there.

For at least a couple of years the Biles will focus on learning the Albanian language and culture, which is a matter of prayer for the couple.

“Our biggest prayer need is that we will learn Albanian quickly so that we can minister to the people in their heart language,” Biles said.

The Biles have four young adult children and five grandchildren.

“While they are excited, there is a little apprehension for them about the unknown,” Biles said, who acknowledged, “FaceTime will be an important way for us to maintain the close relationships we have with our kids and grandkids even though we can’t see them in person as often as we have been able to in the past.”

Biles is grateful for the support from his home church as he and his wife answered God’s call to missions and are beginning the transition.

“The pastoral staff and other church leaders have been very supportive and provided much needed guidance as we worked through the process. The vision trip last summer was another way our church has shown a commitment to us as missionaries and to the work being done in Albania. We are looking forward to frequent short-term mission teams from Idlewild coming to help,” he said.

For now, the couple’s bags are packed; their prayers are intense, and their hope is strong.

“It is our hope that we will be instrumental in helping the Albanian Christians build their churches in order to reach this predominantly Muslim country for Christ,” Biles said.