As Florida residents have bought emergency supplies, boarded up windows and evacuated in anticipation of Hurricane Ian’s imminent landfall, Florida Baptist Disaster Relief leaders and volunteers also have been preparing for what has been described as a potentially catastrophic storm for Florida’s western Gulf Coast. 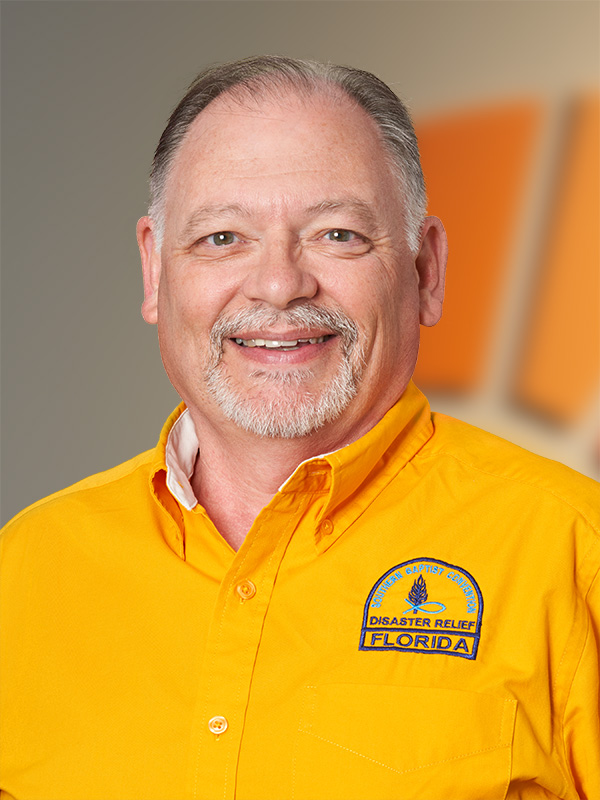 David Coggins, Florida Baptist DR coordinator, has been in direct contact with the State Emergency Operations Center, which serves as the central clearinghouse for disaster-related information and requests for assistance.

Rich Rigdon, Florida Baptist DR operations manager, has ensured that all necessary equipment is in proper working condition for upcoming relief efforts. Equipment used in FLDR response is stored in a warehouse on the grounds of Lake Yale Conference Center in Leesburg.

Florida Baptist DR has moved to “standby status” in anticipation of what will be Hurricane Ian’s predicted landfall later today. Assessment and clean-up/recovery volunteers are responding to regional DR coordinators to inform them of their availability and readiness to serve. Leaders report an “overwhelming” response from Florida Baptists desiring to serve in relief efforts. Expectations are that the FLDR teams will move to “active status” by week’s end and begin serving in communities bearing the brunt of Hurricane Ian’s fury.

When disasters strike, “We want to be the hands and feet of Jesus and show people that God loves them and can bring hope through the devastation,” Coggins said.

Coggins has also been communicating with DR leaders in other states, who stand ready to come alongside Florida Baptist DR volunteers to bring help, hope and healing to those impacted by the hurricane. Already, DR volunteers from seven Baptist state conventions are making their way to Florida with kitchen equipment in order to serve food to the storm’s victims. Disaster relief leaders are assigning exact locations for those mobile kitchens as the storm pushes toward Florida. Also, two state convention DR teams are heading to Florida with swift water rescue boats.

“Southern Baptist cooperative efforts are demonstrated through disaster relief,” Coggins said. “We send our people throughout the nation. Then, when we need help, they come to us.”

Coggins and his team also stay in regular contact with other partners in relief efforts, including Southern Baptists’ Send Relief, American Red Cross, The Salvation Army and first responders.

After the hurricane makes landfall and begins to move inland, DR volunteers are ready to follow the storm’s track in their ministry efforts.

“What you are doing is making a huge difference as you show the love of Christ,” said Tommy Green, Florida Baptists’ executive director-treasurer, in a Zoom phone call with DR leaders and volunteers on the eve of the hurricane’s landfall.

“We are here for you and want to do everything we can to support you,” he said, adding that Southern Baptists throughout the nation have been praying for DR teams that will be responding in the aftermath of Hurricane Ian.

Just as FLDR is preparing for Hurricane Ian, Coggins encourages all Floridians to prepare for disasters, having a family plan in place, which might include evacuation routes, possible emergency shelters, emergency supplies, and a pre-selected meeting place if family members are not together when a storm strikes.

For updates on FLDR response or to give in support of these relief efforts, go to facebook.com/FLBaptistDR and flbaptist.org/dr-current-response.