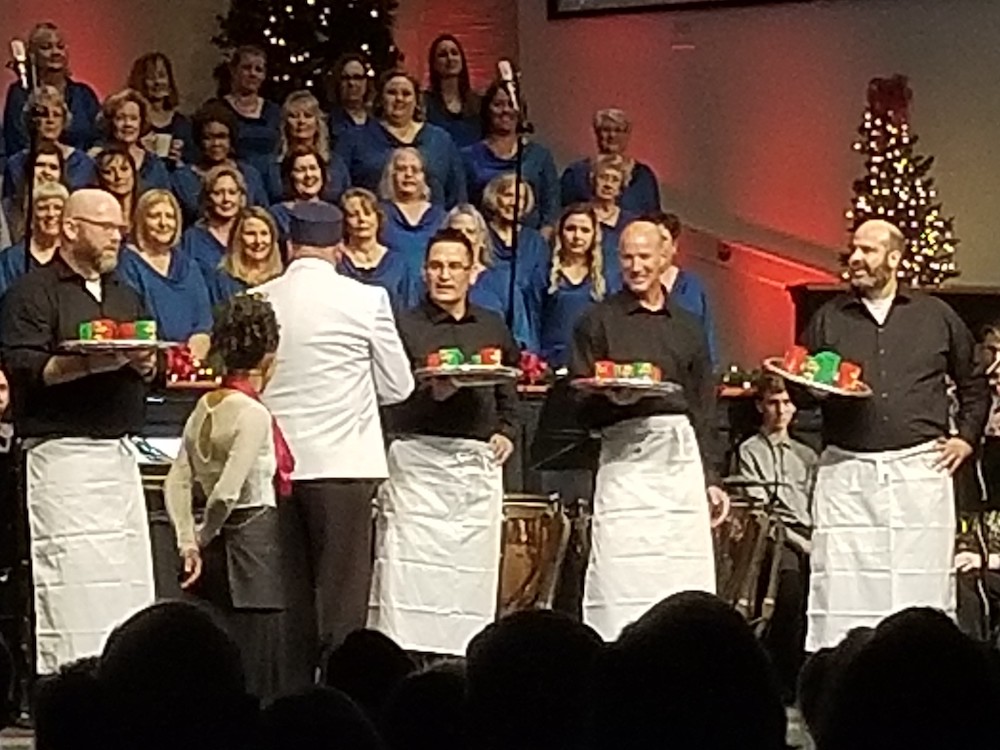 MELBOURNE – Helping usher in the Christmas season in this Space Coast city was First Baptist Church in Melbourne’s annual Christmas program held during the first weekend in December.

Unable to offer the annual event last year due to COVID, Hasker was unsure if the community would return to this nearly two-decade tradition and be willing to sit in a crowd for two hours.  However, tickets for all four performances were sold out in five days.

“I think people were ready for some normalcy for the Christmas season,” said Hasker.

Begun in 2003 the production has grown to include the church’s varied worship ministries–choir, orchestra, handbells, as well as a vocal ensemble and soloists, all enhanced by ballet dancers performing during some of the songs. 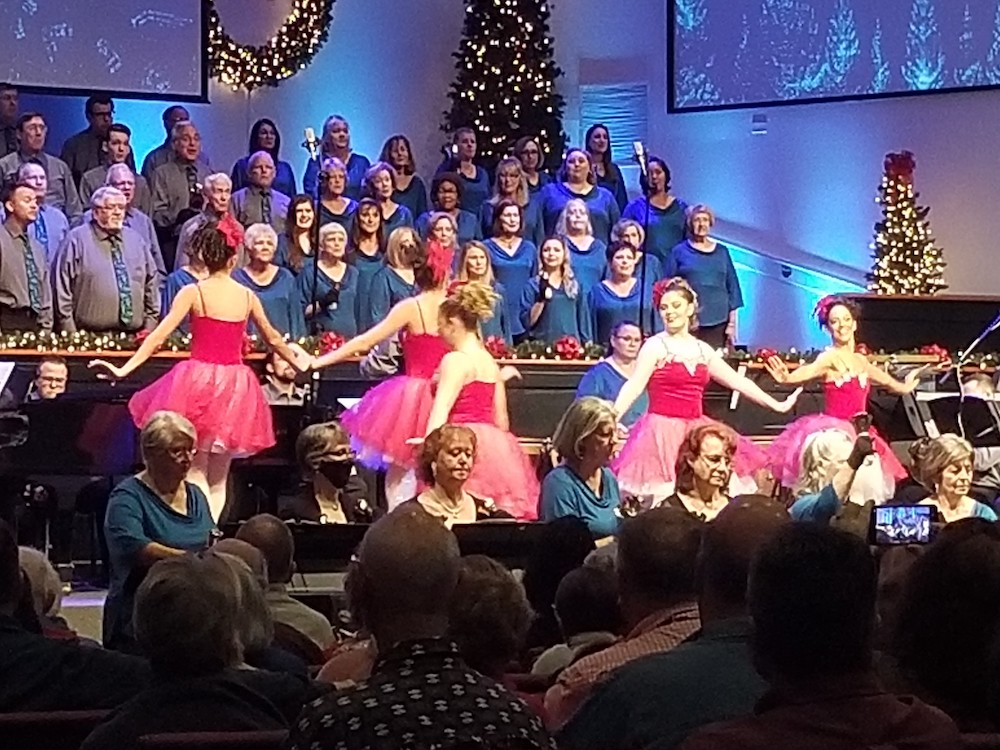 Combining greeters, technical staff and other volunteers, about 150 people were involved in this year’s concert, according to the worship pastor.

Entitled “The Promise,” the program weaved its way through the Old Testament and the prophecies of the coming Messiah with 18 songs.

One of the highlights of the evening was the church’s pastors joining in the song “Hot Chocolate,” from the movie “The Polar Express.”

Dressed as waiters wearing a white apron and carrying a round tray with mugs, the four pastors joined the choir and orchestra in the fun, upbeat song while performing jumps and movements during one segment. 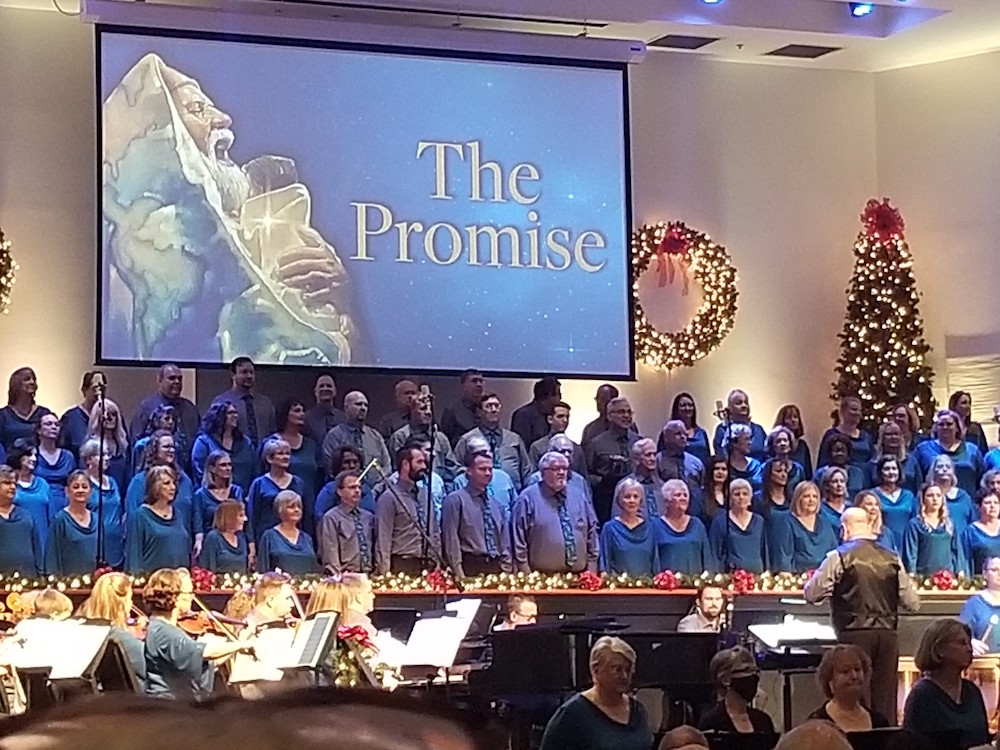 Hasker said including the pastors in the program has become a fun tradition that started about five years ago.

“It humanizes our pastors with the people, breaks down barriers and makes them more approachable,” he said.

Lead Pastor Scott Wilson considers the annual Christmas musical event as a blessing to the community as well as an easy way for church members to invite non-believers.

“Seeds are planted each year,” said the pastor.

Near the conclusion of the program Wilson shared the gospel message and 25 people indicated they had prayed to receive Christ and two indicated they wanted to know more about the Christian faith.

During the closing song, “The Blessing,” taken from Numbers 6:24-26, Hasker noticed that some in attendance were weeping, holding their children and spouses tightly, creating a very emotional moment.

“Perhaps some of the stress of the past year was released,” said Hasker, as the audience listened to the Aaronic blessing, with the words, “may the Lord bless you and keep you,” sung by choir members lining the aisles.

“It was a very sacred, sweet moment; incredible things happen if we get out of the way.”