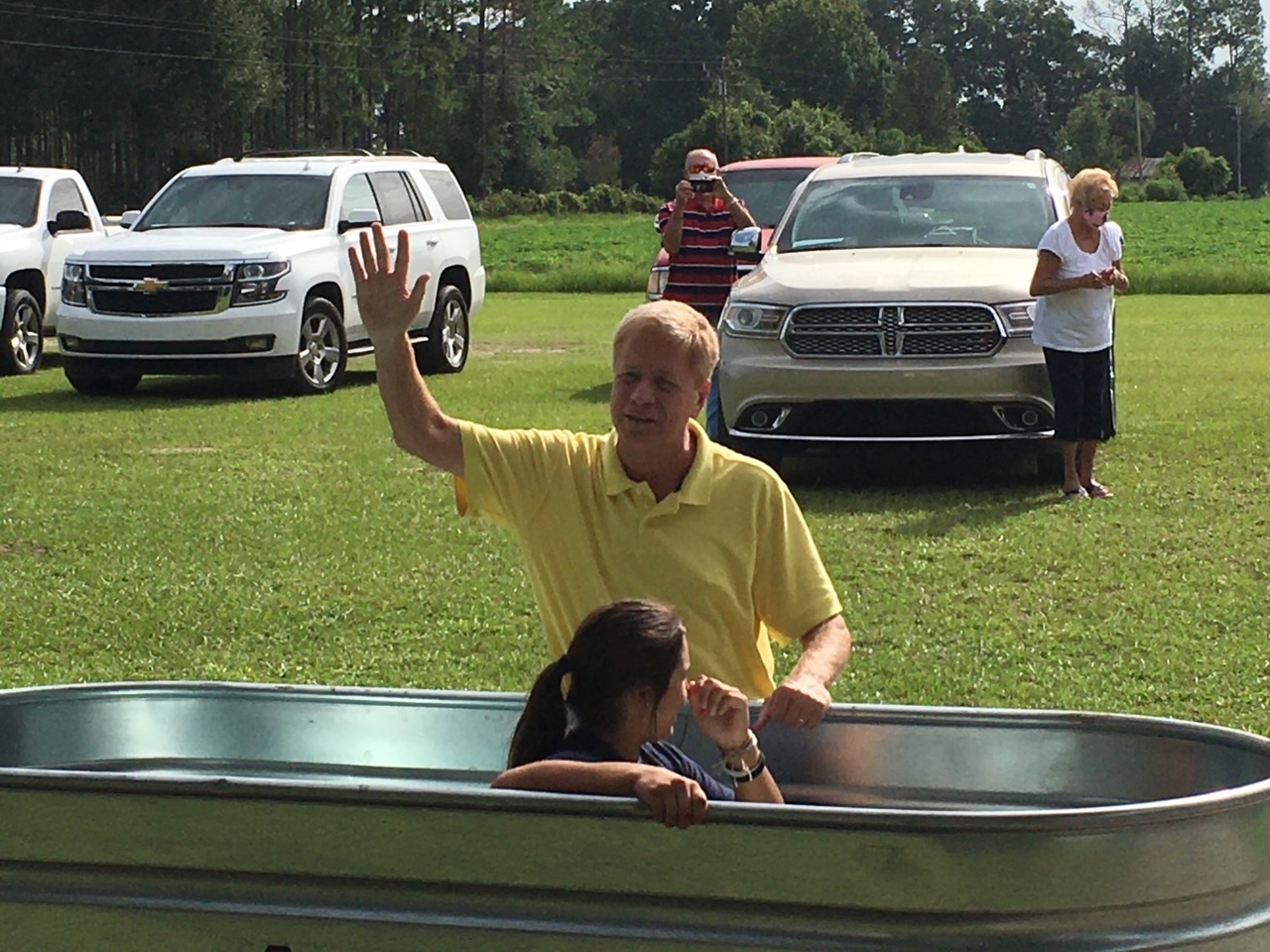 BELL–When Bill Hughes first began working in student ministry back in 1972, he had no idea that it would be his life’s calling, or that he’d spend the next 50 years doing this.

In fact, 50 years ago as a college sophomore, he had no idea that being a student pastor was even a career possibility for himself or anyone.

“I didn’t know it was something you could do and have a life,” he said. “But the more I did it, the more I knew this is what I wanted to do.”

He didn’t even get paid for that first ministry job when he was in college, and his first internship paid him just $25 a week. But now at the age of 69 as he looks back over a lifetime of ministry to students, he says it’s the only job he’s ever wanted.

Today he serves as associate/youth pastor at Priscilla Baptist Church, a small church in the city of Bell, located just west of Gainesville. He’s been there almost four years now, and he has helped grow the student ministry from five to almost 30.

And he’s still using the same four-point approach he learned as an intern in what was then a pilot project launched by the North American Mission Board (formerly the Home Mission Board). Student ministry was still relatively new back in the early ‘70s. The Reach Out project, which included interns at churches throughout the Southeast and Texas, incorporated these four elements for running student ministry:

The need for student ministry has never been greater, he said, noting the decline in church membership over the past 20 years in America, and studies showing some 75% of students involved in church in high school never come back as they transition to college and adulthood.

Facilitating the discipleship of students is one of the most important responsibilities for today’s youth pastors, he believes.

‘The main purpose (of student discipleship) is for students to become mature young adults involved in a church, doing what God wants them to do in whatever church He leads them to.’

“You’ve got to disciple students before they move away or go to college,” he said. “The main purpose is not for them to go into ministry, but for students to become mature young adults involved in a church, doing what God wants them to do in whatever church He leads them to.”

And discipleship is more than just Bible study. In addition to growing in one’s understanding of God’s word, discipleship also means getting involved in mission projects, serving in leadership roles in the student ministry and facilitating discipleship themselves, Hughes said. At Priscilla Baptist, there are four discipleship groups that incorporate about 20 students. Hughes leads one group of three, and three other adults lead the other groups.

This past summer he led about a dozen students from Priscilla on their first mission trip, working with First Baptist Church of Homestead. This allowed the students to put into practice things they had learned through discipleship.

He’s also well-versed on summer camps, which he has been doing now for 38 years. While he has been known to conduct three weeks of high-attendance summer camps each year, since moving to Florida, he does one week of camp in Daytona and limits enrollment to 250 to 300. He likes to keep the cost to about $245 so more students can attend.

“I’m still doing it because it’s fun,” he said.

One of the biggest changes he’s seen in student ministry over the years is not in the students, but in the parents.

“We have a lot of parents that have become really, really overprotective of their kids,” he said. “It’s OK, you know, they’re watching what their kids do. It’s just part of our society now. We take all the precautions and tell parents what we are going to do.” Still, he said, while some parents are supportive, other parents doubt or question every detail.

For those who aspire to be student ministers, Hughes has this advice: if you’re heart is not in it, do something else because this ministry can consume you. He also suggests a good work and family balance.

“You need to have balance between your ministry and your family,” he said. “My wife has been really supportive and so have our two daughters. If you don’t have good family support, you’re going to have a hard time doing this.”

And don’t think you have to have all the latest gear and equipment to have a successful student ministry.

“You don’t have to have cool stuff or a cool youth room or a band,” he said. “We don’t have any of that stuff. You can train adults, disciple kids and tell them about Christ. They come to you, and I go to them.”