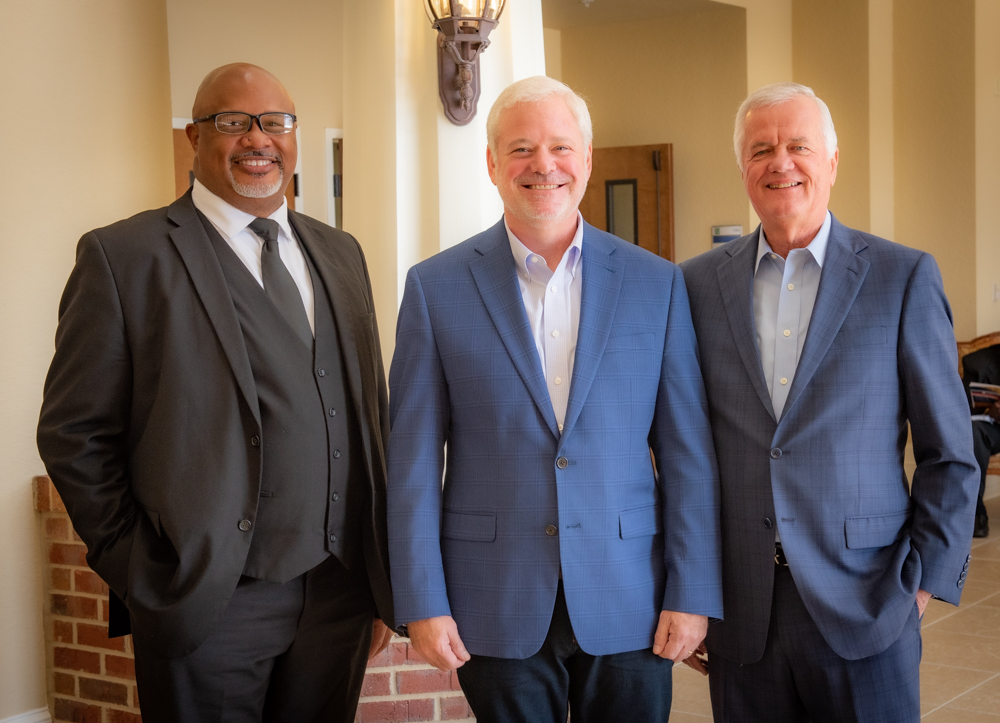 Pictured Above: (from left to right) Dwight Woods, Paul Purvis, and John Bozard.

LAKELAND–Tampa pastor Paul Purvis was elected as the 2021-22 Florida Baptist State Convention President during the Nov. 9 annual meeting at The Lakes Church in Lakeland.

He was nominated to the post by Jimmy Scroggins, pastor of the Family Church in West Palm Beach, who said, “we need a pastor who will help us stay together, stay the course and listen to all Southern Baptists.”

Purvis is lead pastor of Mission Hill Church, having served there for the past decade. Under his direction, the church’s name was changed from First Baptist Church of Temple Terrace to better reach the community. The church has grown from a single location in Temple Terrace, to a multi-neighborhood church with three locations. The church is located on the doorstep of the University of South Florida and has aggressively reached out to the campus.

During the past decade, Mission Hill has baptized over 1,000 people.

As a multicultural and multiethnic church, each week over 65 nations are represented in the Mission Hill congregation and services are translated into three languages. In addition, the church has recently started a Spanish service that meets once a month at the Lake Carroll Campus.

Woods was nominated by fellow Panhandle pastor Mike Orr, who serves at First Baptist Church in Chipley. Orr said Woods is a “proven leader,” who has guided his church through difficult times after Category 5 Hurricane Michael roared ashore in Panama City on Oct. 10, 2018, causing major damage to the church. “He has a heart to reach his community with the message of Jesus Christ,” Orr said.

Bozard was nominated by his pastor David Uth who described the lifelong Florida Baptist as “one of the most incredible men I have ever met.” Bozard has served in numerous leadership roles including chairman of the board of trustees, chairman of the deacons and chairman of the search committee that called Uth as pastor in 2005.

Huckabee has served as recording secretary for the convention for the past several years. He was nominated for the position by Mike Kahn, associational mission strategist for the Tampa Bay Baptist Association.

Traylor: Times of disagreements are nothing new