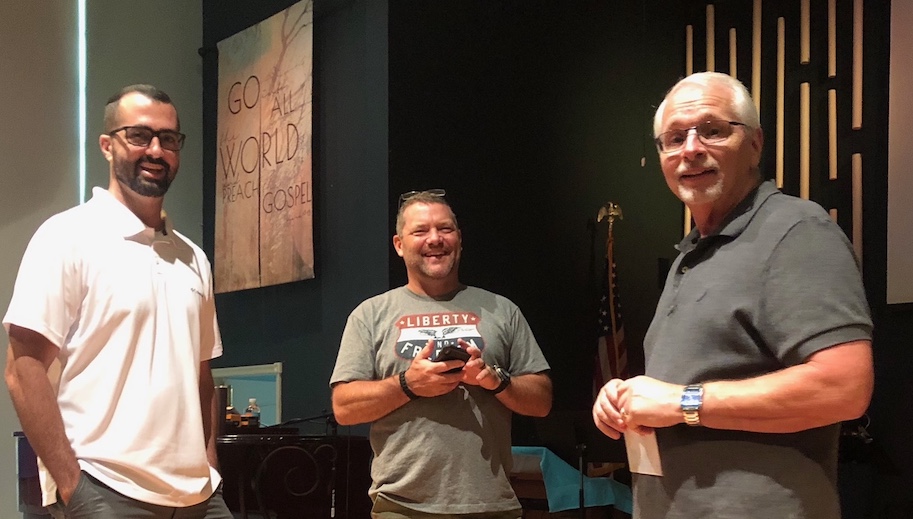 When First Baptist Church of Dunnellon began to pursue a new church plant, Pastor Russ Randall wanted to get 100 percent participation from members in launching the new church known as Faith Fellowship Ocala.

“We thought anyone who understood missions, who understood what the great commission is, would have a desire to participate at some level,” Randall said.

FBC Dunnellon came up with three levels of commitment for members to consider in supporting the new church plant:

That core group of members began meeting and planning 18 to 20 weeks before the soft launch of the new church on July 21. Services are now being held at 5 p.m. Sunday at FBC Dunnellon. At its first service, there were about 85 in attendance, a great start for this new church.

The church plans to begin holding services in its own building in October. It will be located along State Road 200, a populous road between Dunnellon and Ocala. A developer bought a tract of land that included a vacant church building but had no use for that building. He offered it to the church for a “fraction of the cost” of similar spaces in the area.

“It’s definitely a benefit,” said John Ryman, pastor of Faith Fellowship Ocala, about the great location. “We want the location to be beneficial for us but it’s not the be-all-end-all of where we start to gather on Sundays.”

Like its multigenerational core group, the church hopes to attract people of all ages to the church. Despite the presence of many retirement communities nearby, demographics show the median age in the area is 49.

“One of things that really encouraged my wife and I was to see the generational difference of the core launching team,” Ryman said. “We’ve got everything from 3 months old to 83 years old and probably an equal category of each generation.”

Both Ryman and Randall are excited and encouraged about Faith Fellowship Ocala and the impact it can have on the community.

“We’ve done the demographics and there is a huge need there,” Randall said. “With the folks we have in place, we’re just confident that God is going to bless the efforts there.”

Beyond the Pulpit, Endless Pastor Responsibilities