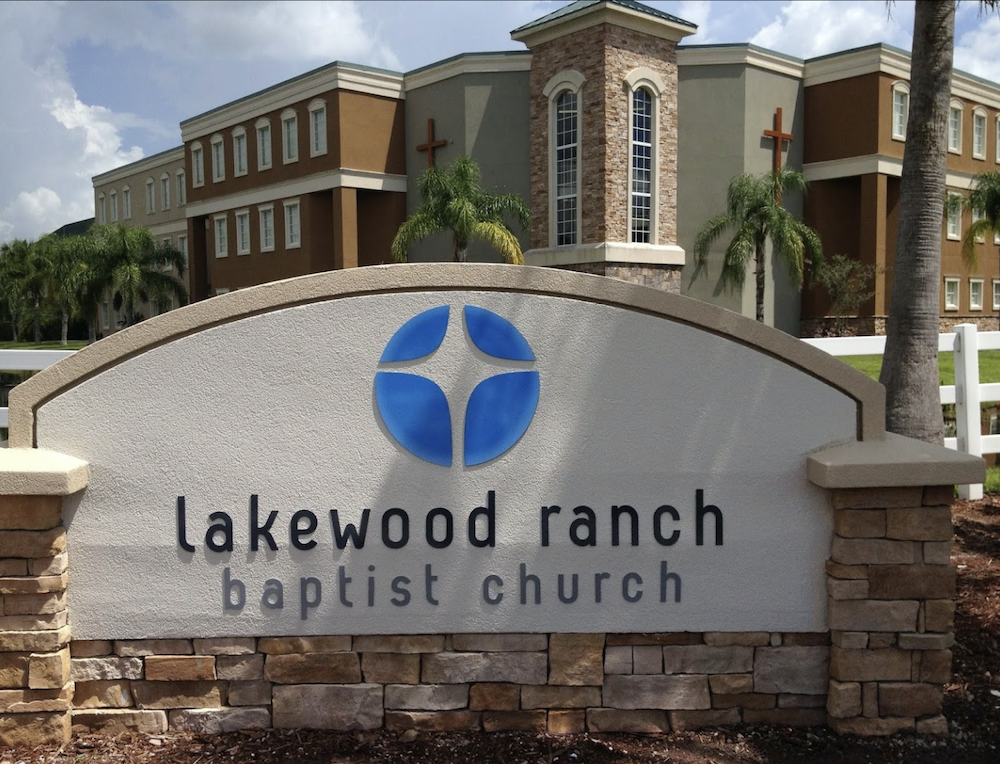 SARASOTA–During the past three years, under the leadership of lead pastor Rick Hardison, Lakewood Ranch Baptist Church has placed a priority on preaching the Word, missions, church membership and serving young families and children in their growing community.

By focusing on these main ministry areas, the Sarasota church regularly practices what they want to be known for–a church that loves God and loves people.

Since Hardison arrived in July 2017, Lakewood Ranch church has seen a steady increase in giving, church attendance and baptisms, with a dozen baptisms scheduled for the first quarter of this year.

“By God’s grace, we’re growing,” said Hardison. “In the past three years we’ve gone from approximately 270 to 420 in average attendance.”

Hardison credits their steady church growth to prioritizing Scripture and being willing to tackle tough topics and answer hard questions. Sensing that Christians want to hear what the Bible says about challenging issues such as abortion, domestic abuse, homosexuality, slavery and gender roles, the pastor has not shied away from preaching difficult passages.

“There are enough churches that don’t tackle the hard issues,” Hardison said. “We aren’t chasing controversy, but we are dealing with it as it comes up as I preach through books of the Bible.”

Another noticeable change in Lakewood Ranch church has been an increase in giving through the Cooperative Program. Already having a heart committed to the Great Commission and missions, Hardison challenged the congregation to increase their Cooperative Program giving by more than 4.6 percent.

Hardison said that the church would move from giving $7,200 through the Cooperative Program three years ago, to nearly $82,500 this year. During this same time, the church also increased their support of international missions through the Lottie Moon Christmas Offering from $9,000 to $87,000.

Hardison said this dramatic increase was driven by making the Cooperative Program more personal. During several church-wide Sunday School events, the pastor interviewed cross-cultural missionaries with the goal of helping his church hear their personal testimonies.

“This has really helped put a face to the Cooperative Program,” said Hardison. “It has also given the church the sense that missionaries are real people with real struggles.”

Complementing this increase in giving and focus on missions is Lakewood Ranch’s view of church membership. To become a member of the church, candidates must meet with a pastor, share their personal testimonies and affirm the church’s statement of faith. Members are encouraged to join the church before serving in the various ministries Lakewood Ranch offers.

“We have led the church to have a higher view of membership,” said Hardison. “This has increased the level of ownership the congregation has over the church, and it has paved the way for greater accountability.”

Hardison is continually grateful for how the Lord is blessing and growing Lakewood Ranch and is excited to see what the future looks like for the church.

“I’ve learned that church growth is often not directly tied to the pastor’s performance. I have worked just as hard, prayed just as hard and preached just as hard in different contexts, but the Lord is growing us here,” he said.

“Our growth is a result of His favor, not our gifts or hard work.”