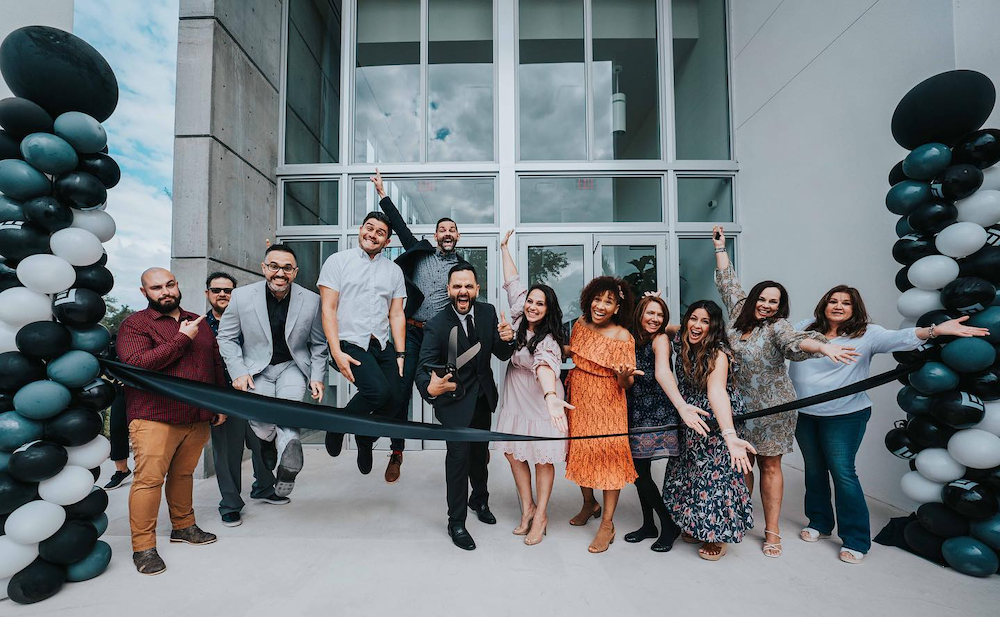 MIAMI LAKES— As the sun began its descent in the Miami sky on the cool, breezy Saturday before Easter Sunday, the Elevate Church family entered the newly constructed sanctuary through the massive glass entrance reflecting its mission to “see Christ elevated.”

“This is Home” signs greeted the faithful as they walked up to the modern structure with its high, contemporary cross standing right beside their former home, now the church chapel.

“To whom much is given, much is required,” read Louis Egipciaco from Luke 12:48, reminding the congregation that they must continue to “go and reach people for Christ” and not get comfortable in the new building.

The dedication service began at 5 p.m. with a ribbon-cutting ceremony. It was followed by a worship service, recognition of those who played key roles in the new development, and a short message by Egipciaco as he recounted the history of the church. 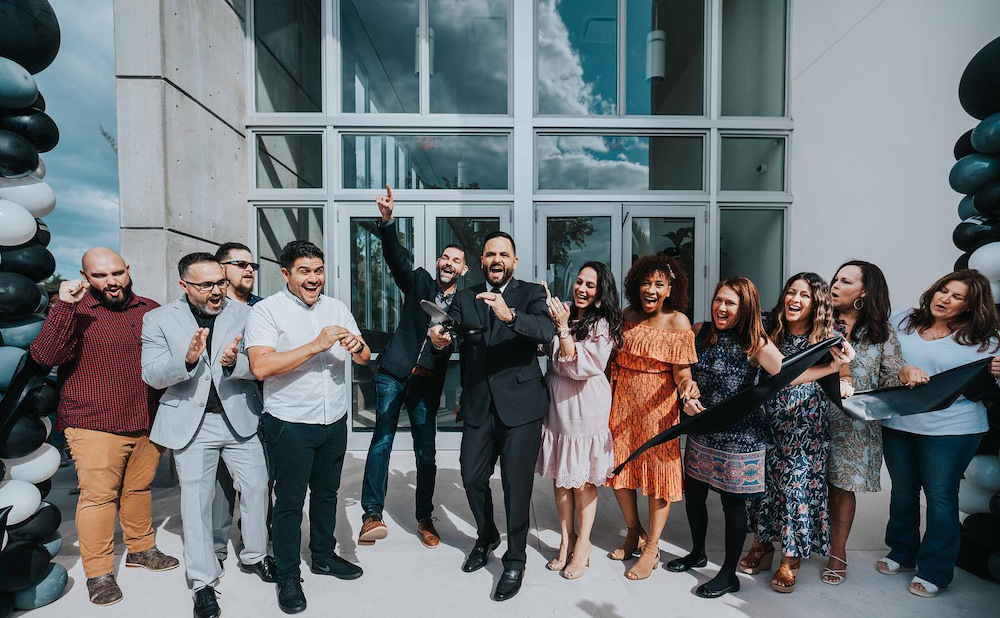 The church family built the former church building—now the chapel— and in letters written by then pastor Jim Syble, called it “the church that prayer built.” In a 1960s newspaper article, the pastor shared the vision that the church would build a complex on the property as a main sanctuary and the newly completed first building would remain as a chapel.

Al Fernandez, southeast regional catalyst of the Florida Baptist Convention, congratulated the church in reaching the milestone and encouraged them to continue to be devoted to the mission. “Do not get comfortable, you have a platform to share the Gospel to the world. You started small and you’re now big but will be bigger if you continue to be faithful.”

When Egipciaco was called as pastor of the church in 2009, the congregation averaged 30 in Sunday worship. The church’s name was changed to “Elevate Church” in 2014 to reflect the vision to “see Christ elevated.”

Since that time, the church has been serving the Miami Lakes community non-stop, said Egipciaco. 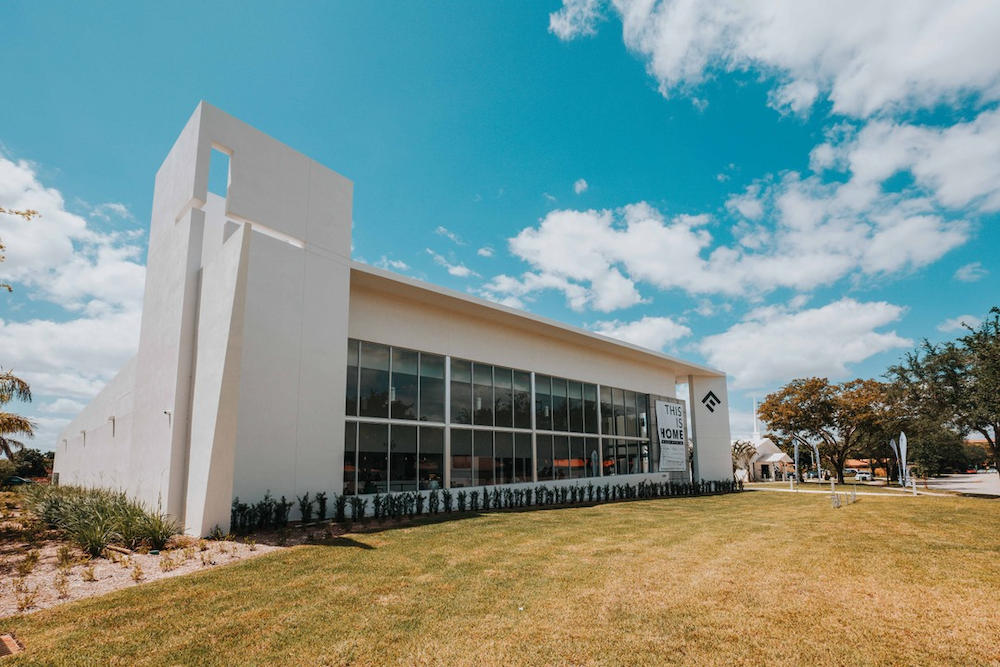 “It has been eight straight years of New Year’s Family Fest, egg hunts, kid camps, love weeks and more,” he shared. Their efforts made an impact throughout the community.

The church has been steadily growing, which has led them to host four Sunday services every week to accommodate attendance. “Had the pandemic not hit when it did, I strongly believe we would have had to start a fifth service,” the pastor said.

Referencing 2 Chronicles 7:14-15, Egipciaco called on the church to be humble, pray, seek God and turn from their sins. “If we do that then God will hear our prayers, forgive our sins and heal our land.”

“God is already doing the work,” he said. “He will continue to do the work, but we must be faithful.”

A week after the first service in the new building, the pastor announced to the loyal congregation that the $4 million dollar loan on the building had been paid in full. Together they rejoiced as they now can unencumbered pursue the mission to elevate their Lord in urban community. 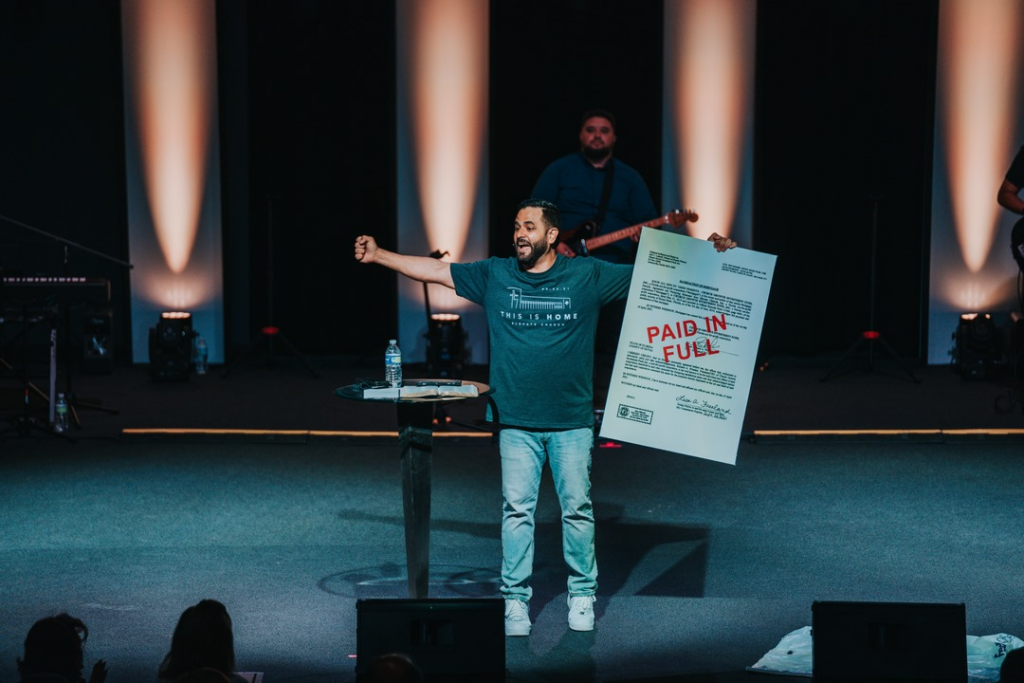