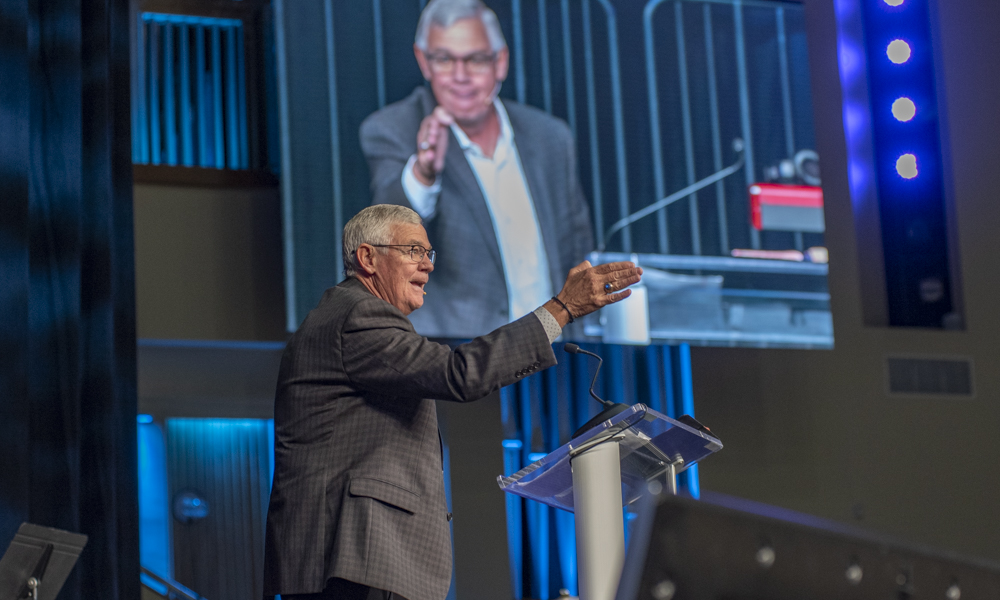 Don’t let Satan steal your unity with others and God

ORLANDO— Saying that Satan seeks to divide, Ken Whitten called on Florida Baptists to examine their relationships with each other and God the Father during the Tuesday morning session of the Florida Baptist State Convention annual meeting in Orlando Nov. 12.

“Unity is the drive of the Savior, the delight of the saints and the dread of Satan,” said Whitten, pastor of Idlewild Baptist Church in Lutz.

In a sermon titled “Unity in God’s Community,” Whitten examined Luke 4:1-14 to demonstrate how Satan delights in dividing the believer and God the Father.

“Satan hates unity in the family,” Whitten said. “And he hates your unity with the Father.” He has one goal—“to divide you and God, and every temptation is meant to break the bonds of unity.”

Just as Satan tempted Jesus in the wilderness, today he is tempting believers in ways that will destroy their relationship with God the Father. 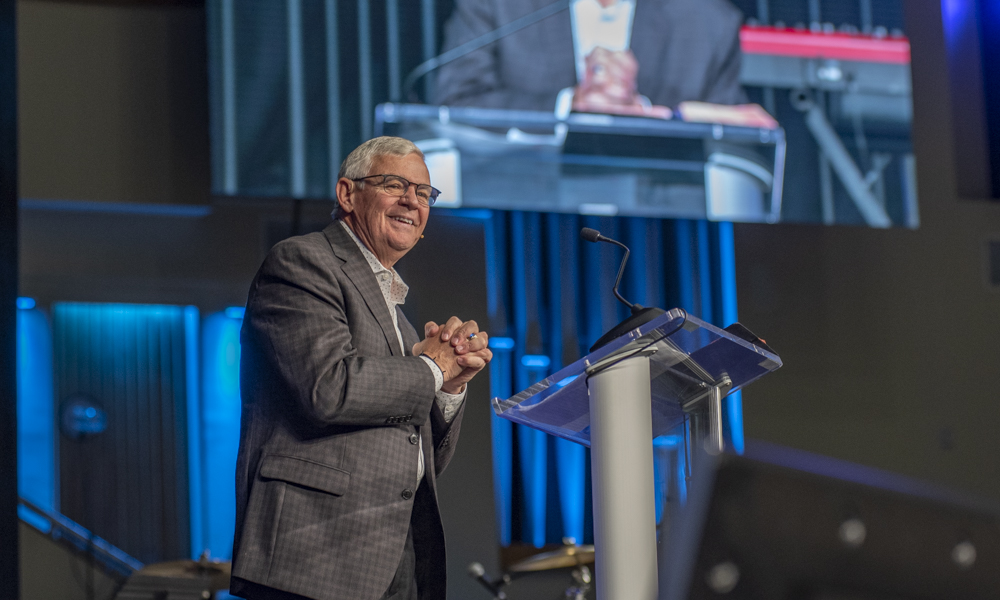 “Satan is not very creative, but he is effective,” Whitten said.

Satan tempted Jesus first through His appetite, Whitten said, calling it the “lust of the eyes.” He found Jesus at his weakest, having had not eaten in 40 days. Still He resisted. While appetite most often references food, Whitten said it can also refer to other temptations such as money or sex.

When that failed, Satan tempted Jesus through ambition… the lust of flesh, Whitten said. As seen in verse 5, Satan tells Jesus, “If you will worship me all this will be yours.”

Finally, Satan tempted Jesus with His need for approval, both for acceptance and pride. “Jesus,” Satan said, “You can have a Kingdom without the cross; become a Savior with no suffering.”

Satan tempts the believer in the same way, Whitten contends. All too often Christians believe the devil’s lies–“I’ll never have enough,” “I’ll never do enough,” and “I’ll never be enough.”

It’s easy for pastors, too, to be trapped by Satan’s deception, he added, with feelings of fear, guilt and shame.

But as Jesus resisted Satan by being in the Spirit of God, so too can the people of God, Whitten promised.

Three times in the wilderness, the devil tempted Jesus by saying—If You are the Son of God… If He fails there is no more unity. Father, Son and Spirit are one,” Whitten said.

“What Jesus resisted in the desert personally, He defeated at the cross permanently.”