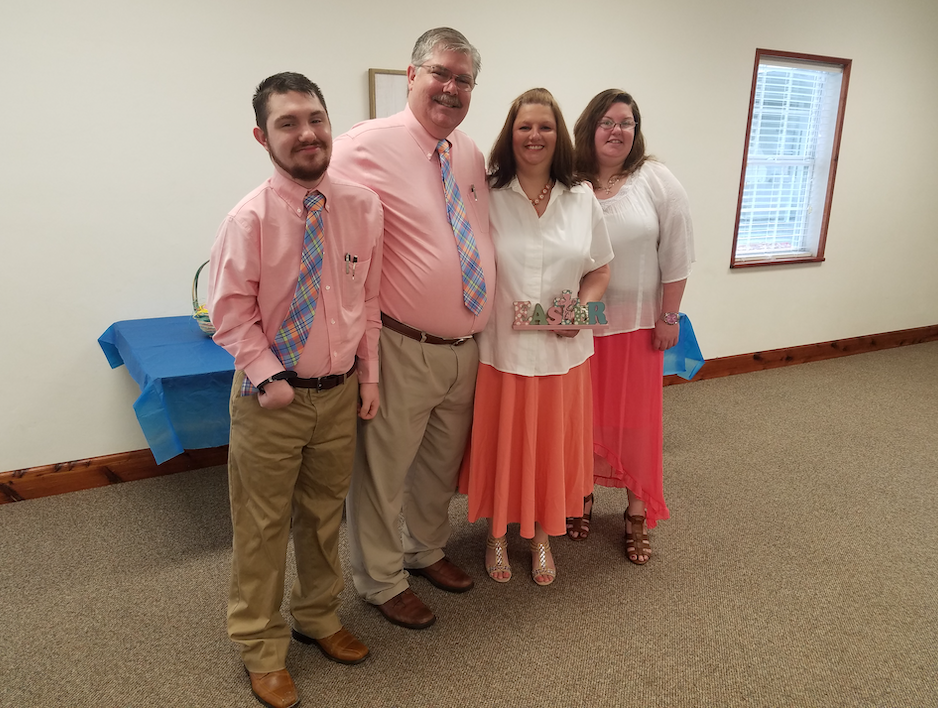 When Pastor Eric Wietz encounters someone who has experience with a brain injury, he knows it’s not a chance meeting or a coincidence, but rather a divine appointment.

Wietz believes these divine appointments are God-orchestrated encounters, giving him opportunities to encourage others in their faith.

“God gives all of us divine appointments,” said Wietz, pastor of Rosewood Baptist Church near Cedar Key. “But do we recognize them or not? Do we take the time to continue on with what He tells us in the Great Commission and point others to Christ?”

With his son Christopher, 27, being a traumatic brain injury survivor, Wietz knows what it’s like to go through this experience with a loved one, and he never shies away from talking about it.

Comforted by God to comfort others

Recently the Weitz family traveled to West Virginia to see snow. When their vehicle got stuck near their rental home, a man next door offered to help, striking up a conversation with the pastor. After learning that Weitz is a pastor, the man asked for prayer, explaining that he had been in a motorcycle accident and is a brain injury survivor.

“It’s amazing how God brings you to people who need some ministry in their lives,” he said. “I was able to minister to him, pray with him and point him to God. He professes to be a believer and just needed someone to talk to. I think that’s why we had this place – just to see him, really.”

Wietz looks to the Bible for direction in ministering and comforting others. He specifically points to 2 Corinthians 1:3-4, explaining, “The God of all comfort comforts us so that we can comfort others and point them back to Christ. It’s very comforting to talk to someone who has gone through the same trials and overcome those trials. They want to hear that they can have the same type of victory.”

‘Continues to praise the Lord’

The Weitz family’s accident occurred in 2005, as the pastor, his daughter Cynthia, and Christopher were on their way to school. Their car was struck by a semi-truck in Bronson. The Jaws of Life had to be used to remove the back driver side door where Christopher had been sitting.

The son, 10-years-old at the time, was life-flighted to Shands Hospital in Gainesville and passed away several times enroute, Wietz said. Christopher suffered three skull injuries and was in a coma for a month. Some doctors didn’t believe he would survive.

He was then transferred to Brooks Rehab in Jacksonville, the facility’s first child patient, where he had to learn to do practically everything all over again, such as walking, talking, eating and drinking. When a counselor asked Wietz and his wife for permission to ask Christopher questions about the accident, they consented.

Christopher told the counselor something he had not yet told his parents. He said that God had given him a view of what heaven and hell looked like. Christopher also said God told him he needed to come back and make a decision. Acting on that, Christopher made a profession of faith and asked to be baptized.

For the next several years, Christopher went through occupational, speech and physical therapy.  Today, at age 27, Christopher is able to function but has limited use of his entire right side.

“He doesn’t let that stop him. He continues on and continues to praise the Lord,” his father said. “Everywhere he goes he encourages people.”

‘A plan for everyone’s life’

At the time of the accident, Wietz was serving Otter Creek Baptist Church as minister of music and youth. He then moved on to several other roles, including work as an interim pastor at various churches in Florida, before becoming full-time pastor at Rosewood.

He wasn’t surprised to learn several members of his new congregation were brain injury survivors, including Aaron, who had a long process of rehabilitation. Today Aaron and Christopher are great friends and encourage one another, Wietz said.

When ministering to those who are brain injury survivors or have medical issues, Wietz reminds them there is a reason they are still here.

“I point out the fact that God has a plan for everyone’s life,” he said. “He doesn’t call us home until he’s ready for us. By His great plan and mercy, you’re still here, ministering to others and encouraging others. I’m able to show them how God can open up doors and still use them through things they have gone through.”