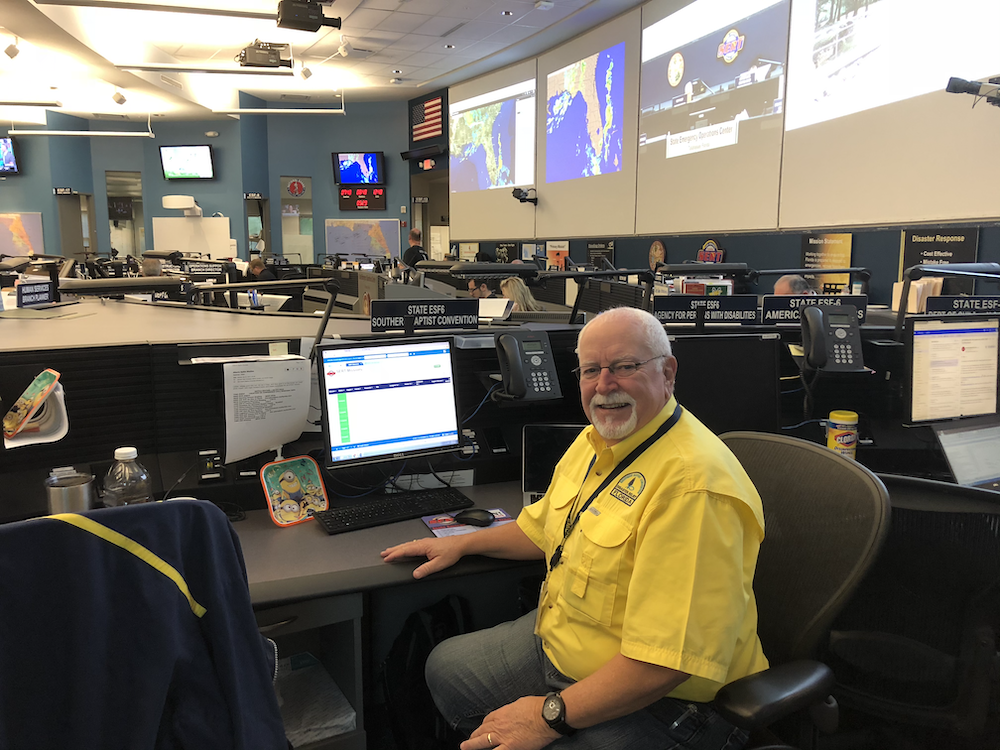 JACKSONVILLE–For the past eight years, Delton Beall has led an army of dedicated volunteers who are ready at a moment’s notice to be the hands and feet of Jesus in times of disaster.

The 67-year-old Jackson, Miss. native retired from his role Feb. 26.

“Delton has led by example how to have a heart of a servant and a passion to share the gospel of his Lord Jesus,” said Myles Dowdy, lead catalyst for Florida Baptists’ Missions and Ministries.

“His greatest accomplishment has been the ability to keep everyone focused on the main task during a crisis, while working with countless volunteers through ministry,” he explained. “A crisis can be a time of disorientation and confusion as your world has turned upside down. However, Delton has always emphasized that a crisis is a time for the church to rise up to love, minister, and declare the rock-solid faithfulness of Jesus Christ to those impacted by the crisis.”

Dowdy commended Beall’s ability to build partnerships with volunteers, churches, American Red Cross, Salvation Army, and the state of Florida and Southern Baptist disaster relief efforts. “He is highly respected by all of these organizations.”

His “seat at the table” has presented Florida Baptists with many opportunities to minister in the state, Dowdy added.

After the pandemic hit this past year and life came to a standstill, the state of Florida contacted Beall to ask if Florida Baptist churches could distribute meals to the needy and hungry across the state. Beall marshalled the effort through the FLDR volunteer network. That effort eventually grew, adding food from corporate sources to provide more than $33 million in food distributed by 672 churches across the state.

Through the churches’ commitment to share the gospel and care for their communities, more than a thousand persons made professions of faith because of this ministry. 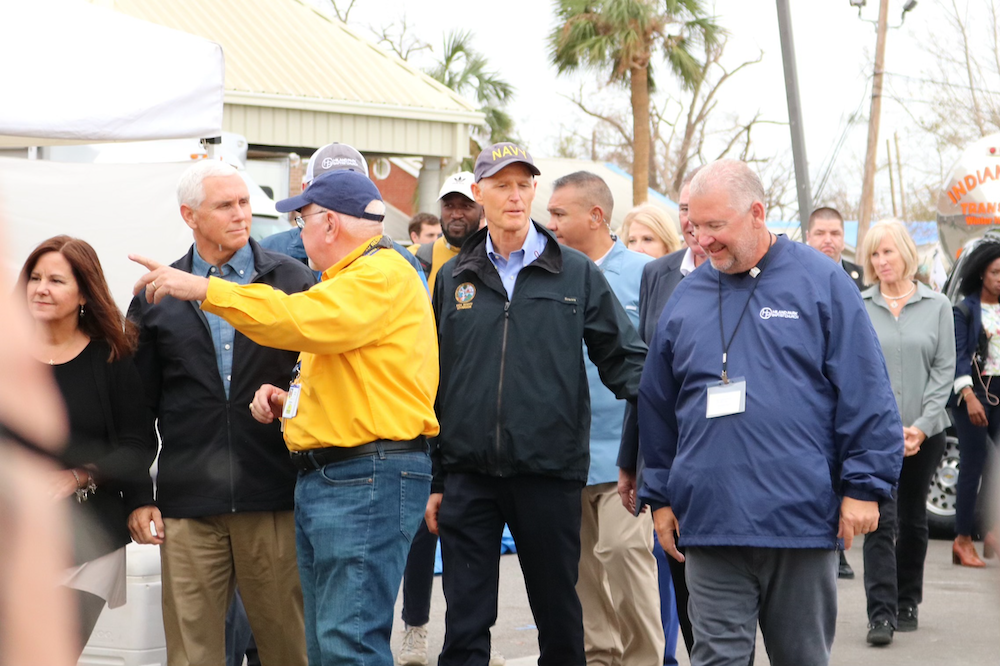 Sonny Davis of Pensacola has volunteered with FLDR since 2005 and now serves as state clean-up and recovery coordinator. Reflecting on Beall’s leadership, Davis, too, credited the state director’s commitment to his faith as his greatest strength in leadership. “Delton never lost focus on our bottom-line goal of bringing people to Christ.

“He consistently encouraged everyone involved with disaster relief to maintain their personal relationship with Christ no matter how busy we were and genuinely cared about the volunteers’ physical, mental, and spiritual wellbeing.”

Davis appreciated that Beall “believed in the FLDR’s leadership team and sought their input when making decisions.”

Working with volunteers like Davis has been the most rewarding aspect of his service with FLDR, Beall said. “Without doubt, it has been the awesome privilege to serve with so many amazingly gifted and servant-minded volunteers.  It has been a joy to see volunteers discover the ministry giftedness and employ it with passion and dedication.”

He believes his greatest accomplishment in the role was “building the organization of volunteers, expanding the ministry opportunities of FLDR, and developing a network of volunteers who have learned to share the Gospel and minister to others.

As he contemplates his days in retirement, Beall said he and his wife, Jeannie, plan to remain in the Panama City area. He hopes to continue to serve churches as interim pastor or guest speaker, while continuing to serve Florida’s disaster relief efforts as a volunteer or consultant.

But mostly he said, he will miss “the day-to-day interactions with volunteers and our partners across the state and nation.”