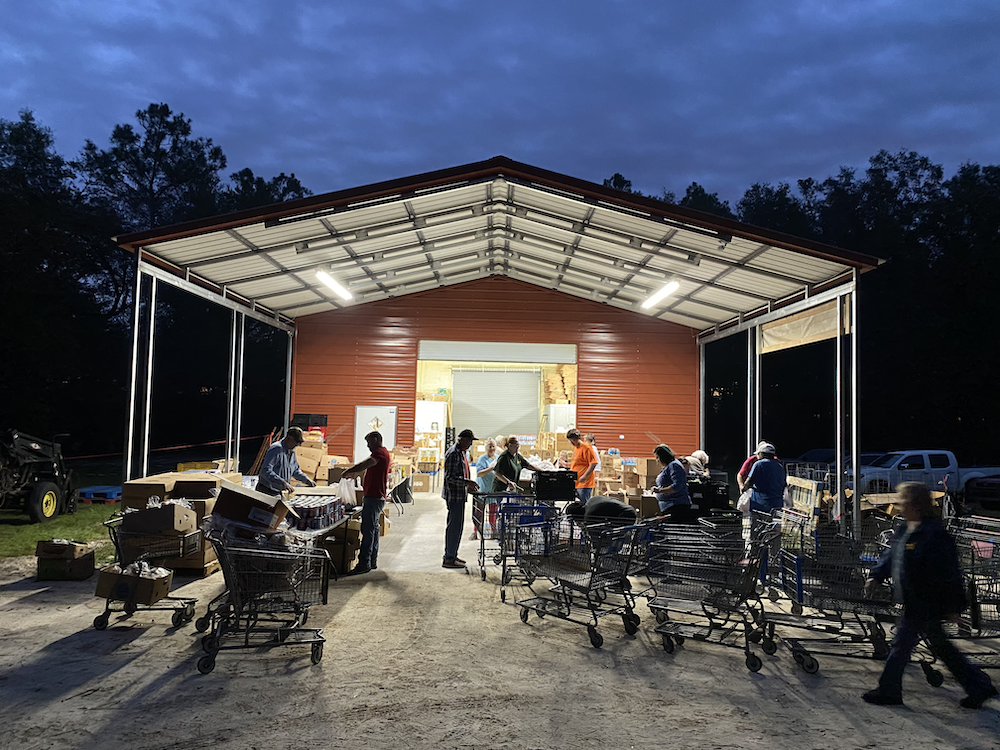 LIVE OAK—With a desire to serve his Savior, Gary Watson began offering free produce and Christian tracts to Live Oak residents more than 10 years ago. Today his faithfulness has expanded into a food distribution ministry that serves as a channel of blessing to more than 2,500 people each month.

“I was looking for a way to contact people and talk to them about the Lord and give out tracts,” said Watson, director of the Mt. Gilead Baptist Church’s food ministry. “It’s gone from that to what it is now,” said the church deacon, explaining the phenomenal growth to “the will of God.”

Cars begin lining up early for the 8:30 a.m. distribution on the second and fourth Saturdays of each month. Watson and a crew of 18 to 25 volunteers start their work about 6 a.m. on those days, bagging perishables and getting everything organized and ready. About 250 or more cars are served each Saturday, which represents about 1,200 to 1,300 people based on registration numbers. Participants can only register for one Saturday each month. 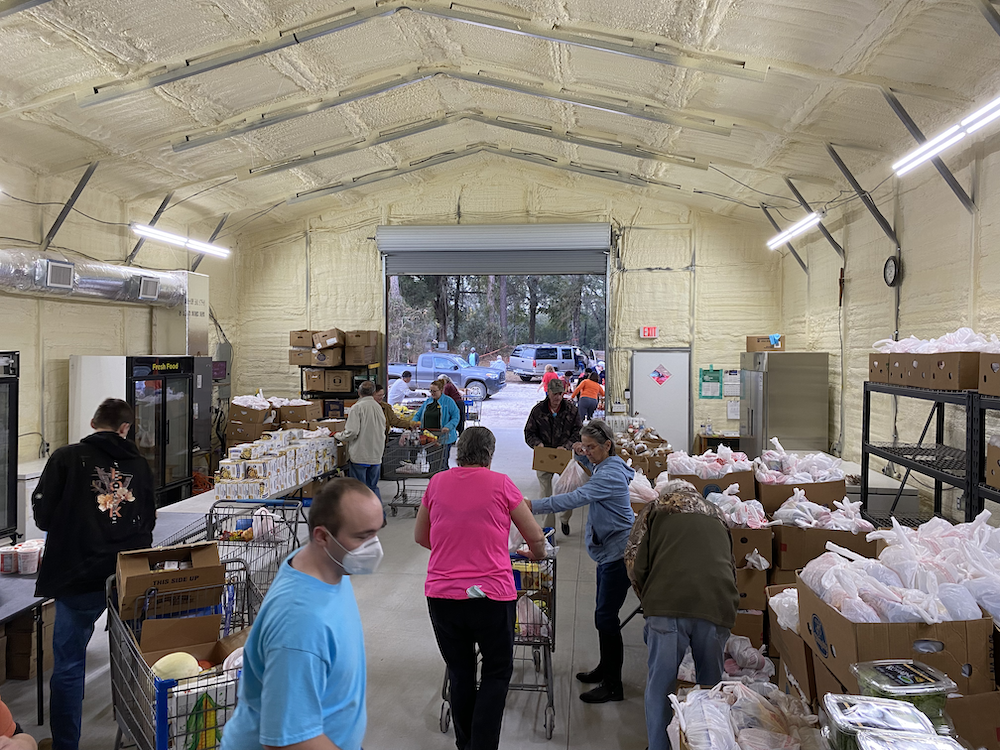 The ministry is housed in a new facility located on church property that was funded by donations from the church and community. The new 30 x 75 ft. building with walk-in coolers and freezers makes it easier for volunteers to organize the food for distribution. And its location makes it more accessible for registered participants to drive through, obtain the food and receive a gospel witness.

The food ministry was previously located in old storefront building along US 90 in Live Oak, but it caused issues with parking and traffic on the busy road. When the owners indicated they wanted to sell the space, Watson had to look for something else.

That’s when the donations started coming in from local organizations, churches, and individuals.  It started with $5,000 and just kept growing.

“We’ve got over $60,000 in that building – probably close to $70,000 – and it all came from private donations,” Watson said. “It is miraculous! We were looking at having to shut down or find a way to put it up. We had $5,000 and a need. I’m glad the Lord got behind it because we would have never been able to borrow enough money to build it.

“It’s built my faith in the last 10 years to see what God has done. I continue to be amazed all the time.”

He also sees God at work “just about every time” he assesses the food the church gives away each week. “We have something from every one of the major food groups, from carbs to protein, vegetables and fruits and desserts,” Watson said, discussing the shipments of food received from the United States Department of Agriculture (USDA) and Volunteer Florida. 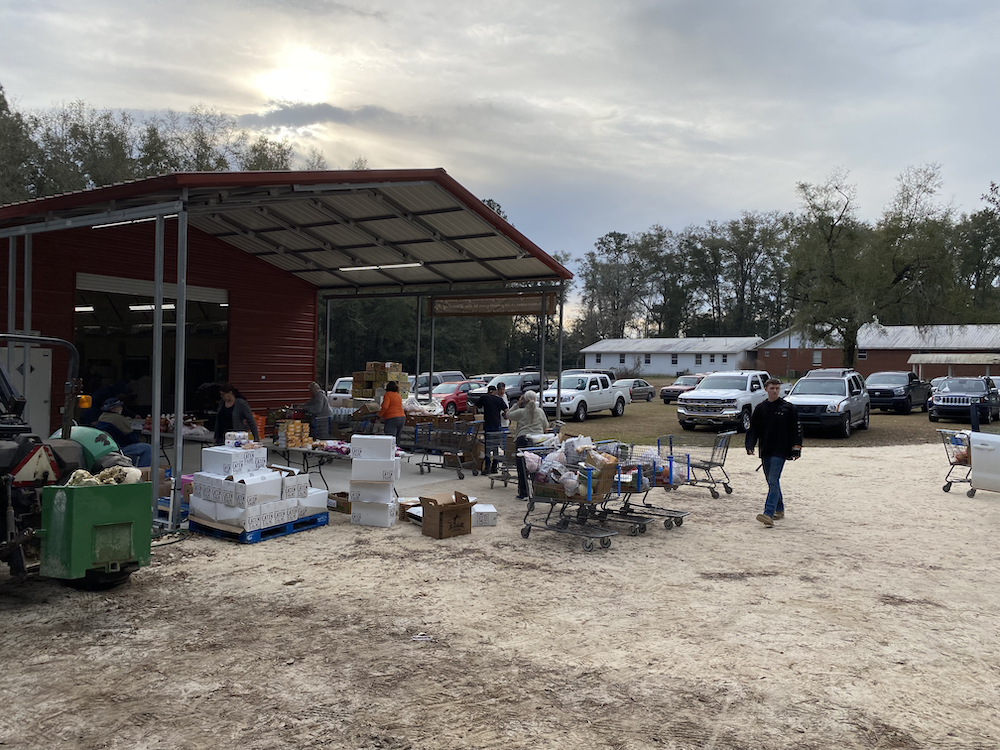 Mt. Gilead Pastor Wilbur Wood praised his deacon and all the volunteers who sacrificially work to make this ministry happen. “The people are willing to give of themselves and put forth the effort that is needed,” he said. “Gary and the other volunteers work it many hours a week not just on two Saturdays a month.”

The church hosted an open house and building dedication at the new site in early December.

“It’s bigger than we ever thought it would be,” said Pastor Wood of the food ministry.  “We’ve been blessed recently with the new building. The church was very supportive of that. They were willing to allow the building to be placed there on church grounds and they’ve supported it with financial contributions. It’s been a blessing to the community and we’re grateful for that.”

The food ministry is a “channel of blessing,” the pastor said, with God directing what is being provided to the ministry who then distributes it to the people in need. He called it a bright spot during the dark days of the pandemic.

Florida pastor Willy Rice to be nominated for SBC president

SW Florida Conference brings people from across the nation