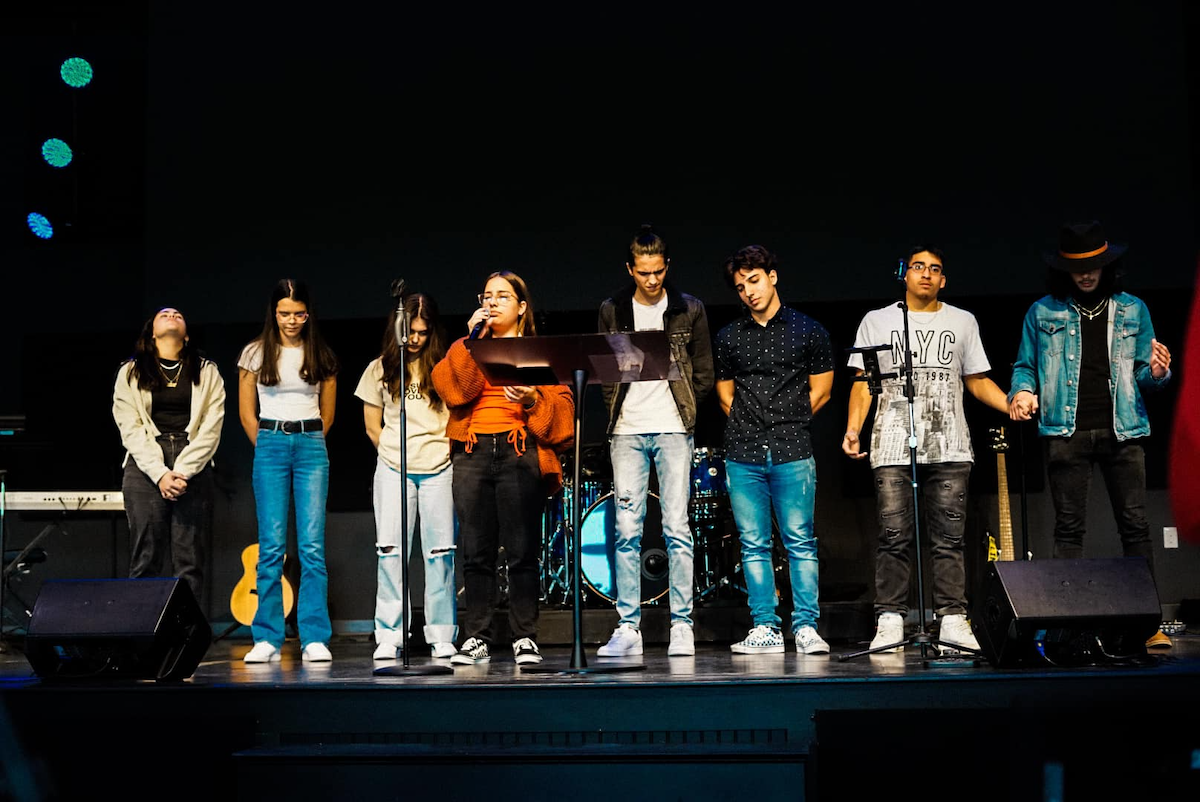 DAYTONA BEACH—During a meeting planned by their peers, 70 young adults gathered at First Baptist Church in Daytona Beach, Feb. 19, to pray for spiritual awakening and a committed prayer life that would enable them to overcome pressures of life. 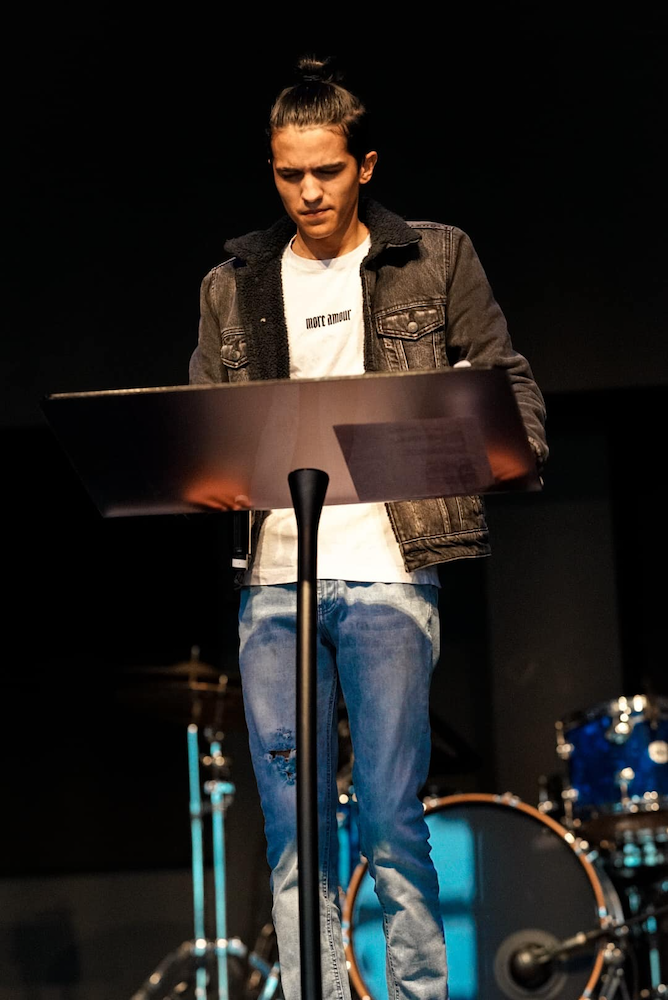 Moises Bermudez, 19, along with his sister Angelica, 17, had been encouraged and inspired to organize the “A Radiant Prayer,” (Una Oración Resplandeciente) conference as they watched their own parents’ dedicated prayer life, he said.

During the past several months, their father, Angel Bermudez, pastor of Iglesia Bautista Dios es Bueno in Daytona Beach, had been involved in organizing and attending ‘United in Prayer‘ gatherings and prayer concerts that Florida Baptist Hispanic pastors have held across the state.

“When the prayer movement was well underway last year a few of the pastors’ teenage children would come along and observe,” said Emanuel Roque, Hispanic church catalyst of the Florida Baptist Convention. “Moises Bermudez would help with photography and video at the events.”

The young man serves as a media producer at Dios es Bueno and as a member of “Arising Youth,” the church’s youth ministry.

Jumping on the momentum created by the adults, other pastors’ children joined the two Bermudez teens in setting a time aside every Sunday morning to pray between 6:30-7 a.m.

They also began to read through the book “Spiritual Leadership,” by Oswald Sanders. Jose Cardona, pastor of Templo Biblico Bautista de Winter Garden, mentored the teens through this study, leading them to ask questions and discover the book’s spiritual insights.

As they studied together and prayed, the teens began to consider organizing their own prayer and worship event to reach other youths.

“We hoped that the youth would be encouraged and inspired to seek a life of prayer and communion with God as we have been encouraged, challenged, and inspired,” said Bermudez.

During the A Radiant Prayer meeting, the group heard a message from First Daytona Beach’s student pastor Jason Leschitz who focused on how God uses people for His purpose whether they are ready or not.

“He talked through what prayer is all about and encouraged us to keep praying and seeking God,” said Bermudez. 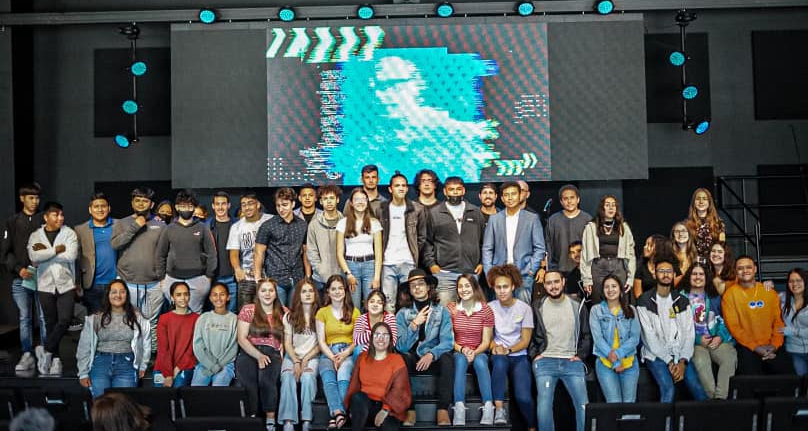 During designated times of prayer, the youths prayed for their spiritual lives, to grow closer to God and strength to resist peer pressure.

“We all want to be accepted and to be part of the group,” said Bermudez. “Oftentimes that involves doing things that a particular group might like, but that don’t align with what God is pleased with.”

As a result of the event, more youth have joined the Sunday morning prayer meetings. “The impact was very positive, and I think they are now a very motivated group who are in the search for a private and intimate prayer life with God.”

The group is planning another event for October 2022.

“God is doing a great revival which is being led by students through prayer,” said Roque.

Panhandle church extends hope, grace to those in recovery