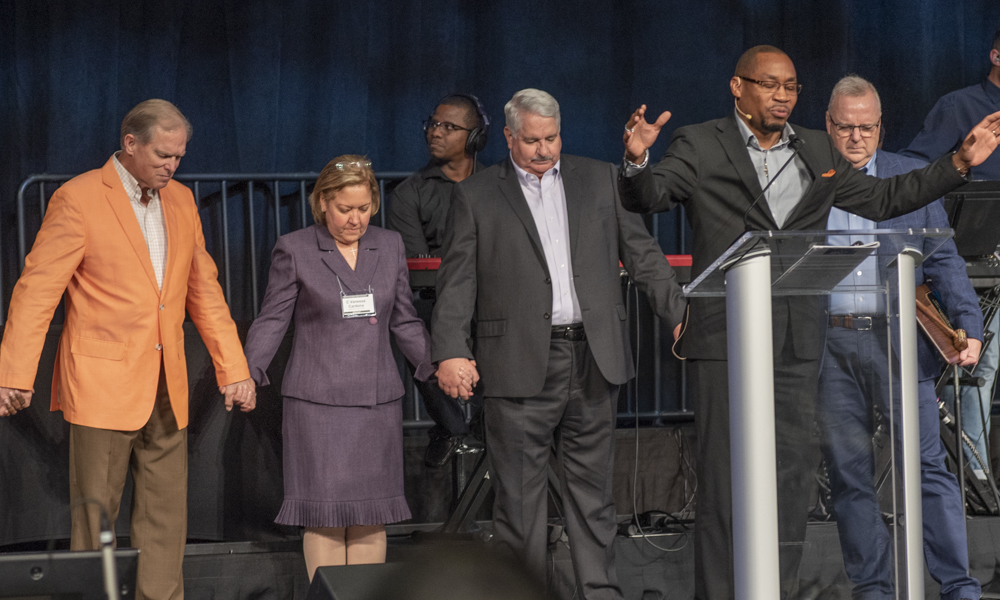 ORLANDO–FBSC President Erik Cummings, pastor of New Life Baptist Church in Carol City, was unanimously reelected to a second term as president of the Florida Baptist State Convention during its annual meeting Nov. 10-12 in Orlando.

He was nominated for a second term by Willy Rice, pastor of Calvary Church in Clearwater. No other person was nominated.

Following his election, Cummings received a standing ovation from messengers in attendance.

Cummings has served as pastor of New Life Baptist Church for the past 17 years and as president of the 2017 Florida Baptist Pastors Conference. He also served as secretary and parliamentarian of the National African American Fellowship of the Southern Baptist Convention, as well as moderator for the Miami Baptist Association.

He will serve alongside Mike Wiggins, pastor of Pine Terrace Baptist Church in Milton, who was reelected to a second term as first vice present.

Thomas A. Kinchen, president of The Baptist College of Florida, nominated Wiggins to the second term.

Wiggins has served the church for the past 30 years and is known for his innovative ministry to the community Pine Terrace serves.

She was nominated for the post by David Perez, president of the Hispanic State Fellowship and pastor of Iglesia Casa de Bendición in St. Cloud.

Cardona is the first woman to serve as a FBSC officer since 2010 when Gail Adams of Terra Ceia served as second vice president.

Reavis calls Florida Baptists to focus on ‘that one’