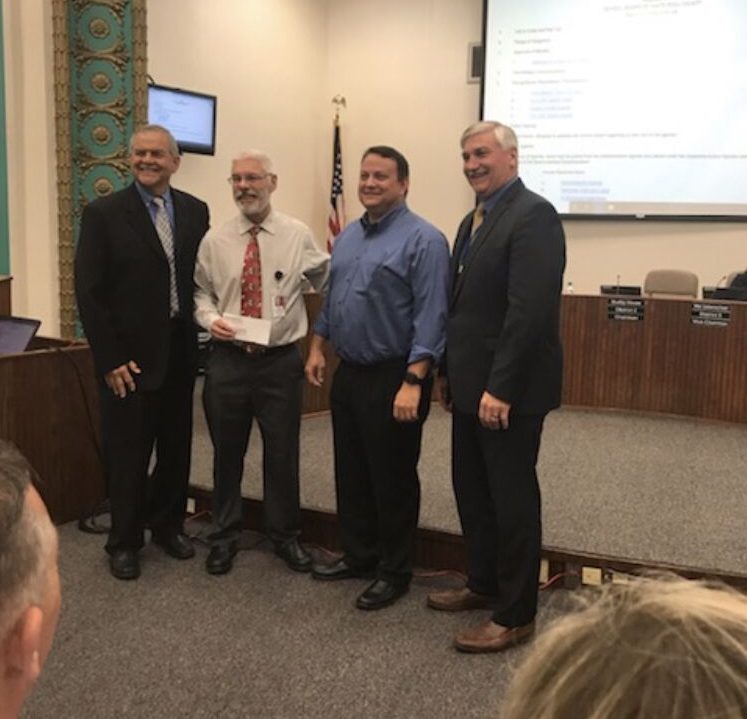 MILTON–First Baptist Church in Milton will celebrate its 175th anniversary this year and its schools and community will be one of those receiving birthday blessings.

In 2019, First Milton pastor Jonathan Russell helped church leaders identify six core values that would drive the church’s ministry into the future. Among those values is serving the community.

One of the ways the church has served the community is by paying off a portion of the student lunch debt in the Santa Rosa County School District. At the pastor’s recommendation, the church unanimously and excitedly voted to gift $5,000 to the SRCSD to help relieve some of that debt.

“Our congregation has members who have taught in schools in our county as far south as the sandy beaches of Navarre, as far north as the cotton fields of Jay, and everywhere in between,” Russell said.

On March 13, continuing the community-wide emphasis, church members delivered breakfast to the teachers and staff at a local middle school on their final planning day before spring break.

The congregation has also set a goal to raise funds throughout the year to pay off a staggering $5.7 million in medical debt in Santa Rosa County.

“No one can do everything. But everyone can do something,” Russell said.

In addition to focusing on serving the community, the church is also emphasizing sharing the gospel and has invested resources in the “Who’s Your One?” initiative.

“We’ve provided 200 gift cards of $10 each for our members to use to invite their ‘one’ to share a cup of coffee or eat a biscuit or an appetizer at a local restaurant, with the intention of sharing the gospel with that person,” he explained.

The Milton church plans to celebrate its 175th anniversary in a church service later this year.

Volunteers from near and far bless BCF