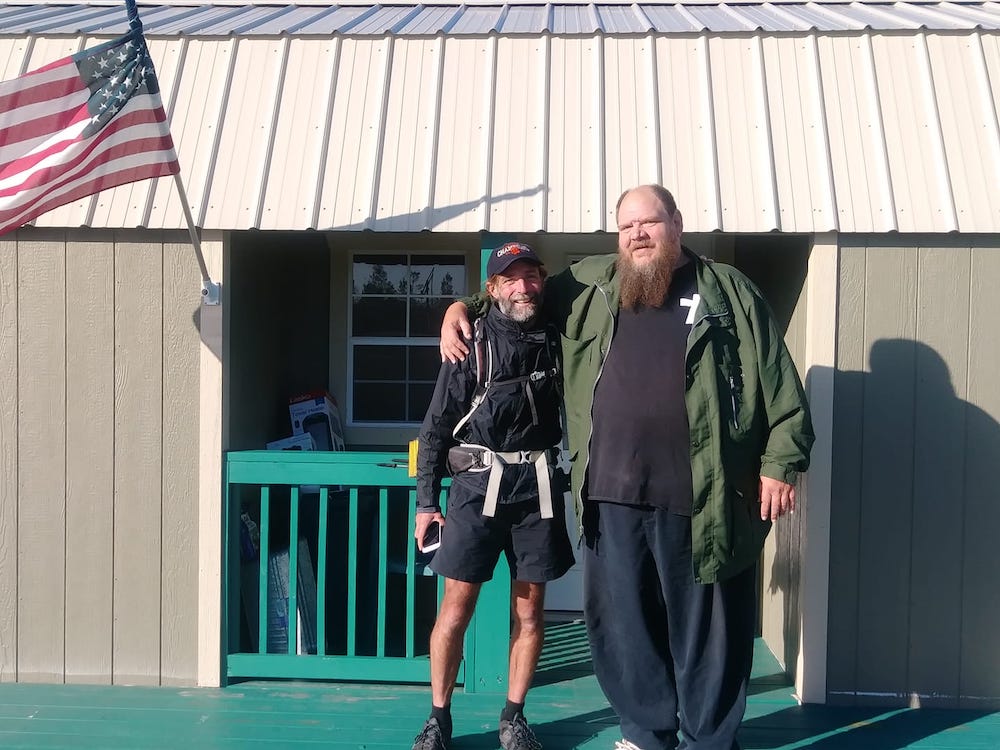 Churches minister to physical/spiritual needs of hikers on Florida Trail

It all started with hikers, trekking the Florida National Scenic Trail, who asked to pitch a tent on the property of Hillcrest Baptist Church in Altha, located just south of Marianna in the Florida Panhandle.

The church’s answer was to launch a hiker’s ministry that offers two small cabins with a kitchen, bathroom, hot shower and a laundry room – accommodations welcomed by weary hikers.

Hillcrest Baptist Church in the Panhandle is one of several Florida Baptist churches who see their proximity to the Florida National Scenic Trail as an opportunity to minister to hikers through hospitality.

That’s what Wilton Quattlebaum has done for the past seven years at Hillcrest Baptist Church where he serves as associate pastor.

But that’s not all. The affable and talkative Quattlebaum, who also is team leader for evangelism and disicipleship for Apalachee Baptist Association, extends the hospitality even further by preparing hot meals for the hikers who stay the night. A hot meal at day’s end, a hot breakfast to fuel the next leg of a hike, and the kind and friendly host make this church a popular stop along the trail.

Hikers call it the “Wilton Hilton” and rave about it online and in hiker groups on social media. A hiker this past January posted online, “You feel the love and you want to extend it to others.” 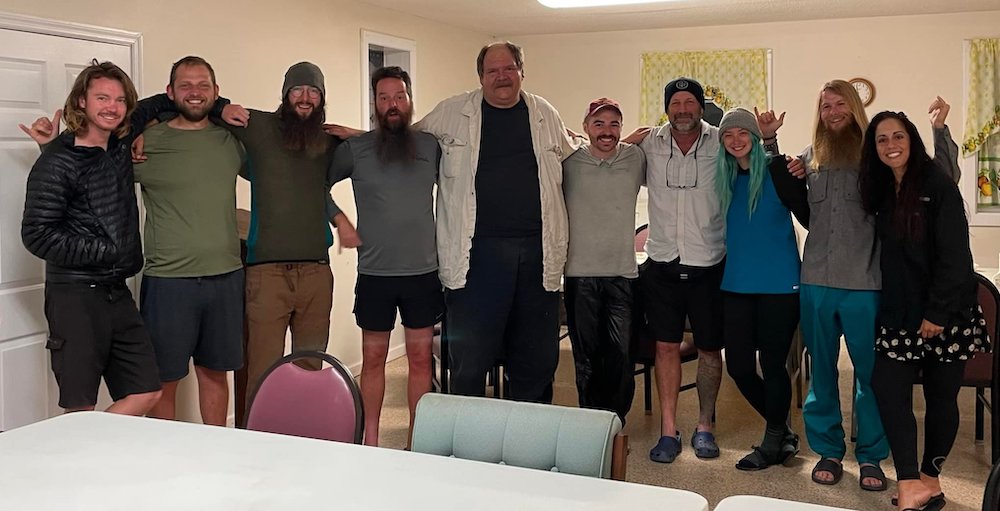 Quattlebaum makes sure, not only that the hikers’ physical needs are met during each visit, but also that they learn about their spiritual need for Christ through his unabashedly evangelical conversations.

“I will share the gospel with anyone. I am unoffendable about what I believe,” he said.

“I don’t mind sitting down with someone who’s a secular humanist or agnostic or atheist. When they realize you care, you can have respectful discourse with them, and they will open up about what they believe and why. And I can answer their questions.”

Hikers have plenty of questions. Most of the hikers who pass through are not Christian, he said, and most are highly educated, with Quattlebaum estimating about 75 percent have at least an advanced degree. Some come from other countries. This gives him an opportunity to answer their questions and destroy stereotypes they may have about the gospel and Christianity.

“They are an introspective bunch,” he said. “They have a lot of time to think out on the trail.”

That’s why his discussions with hikers can be so important. Some will wake up with more follow-up questions about what was discussed the previous night. Some ask if they can continue the conversation on their return trip. Some reach out to him months or even years later.

“This year I got a call from an Australian hiker who came through three years ago. He called to thank me for sharing the gospel with him,” he said. “I was just blown away by that. People are coming to Christ from all over the place.”

The hiking season on the Florida Trail typically runs from November through the first of May.  It’s a 1,000-mile hiking trail that weaves its way across Florida from Big Cypress National Preserve in the south to Gulf Islands National Seashore in the western end of Florida’s Panhandle.

Passionate about Scripture and Christ’s love

Quattlebaum estimates he has hosted about 200 hikers during the recent season. The numbers can vary nightly, from four or five to as many as 17.

“You never know who you’re going to be ministering to that night,” he said. “From secular humanists to Jehovah’s Witnesses to Muslims, it really doesn’t matter. Some nights you get some Christian hikers, and you have some really good fellowship.” 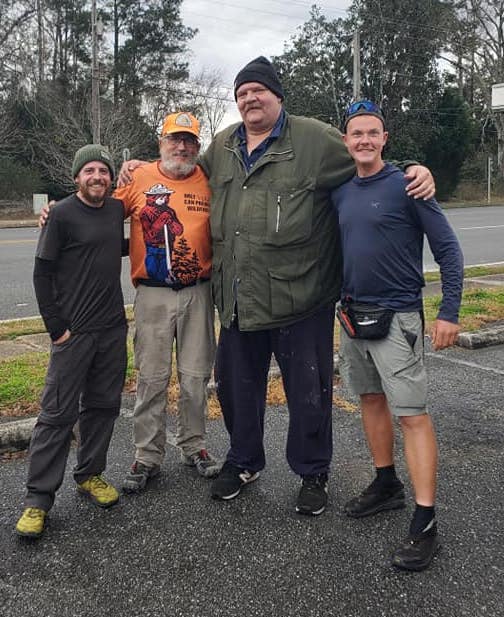 The main expense for the ministry is the food, but support is plentiful. Funding for the ministry comes from various sources, including local church members, area and state churches and the Apalachee Baptist Association. But the bulk of donations actually come from Christian hikers who have experienced the hospitality firsthand and want to help support the ministry. Already, Quattlebaum estimates he’s received enough funds to cover next year’s expenses. He doesn’t accept donations from non-Christian hikers.

Despite the success of this work, Quattlebaum, 53, says he’s the last person he would pick for a hiker ministry.  “I’m just an old, crippled guy,” he said, referring to an old back injury that has him walking hunched over a bit. But he is passionate about Scripture and the love of Christ, calling himself “a layman that studies a lot.” When he became a Christian years ago, he developed a strong desire to know God better and started reading commentaries. He immersed himself in commentaries, he said, “like a guy walking through a desert who had just found water.”

Because of the ministry’s success in the Panhandle, other Baptist churches in Florida who are adjacent to the trail, like Fort Christmas Baptist Church in Christmas, have also begun ministering to hikers in other parts of the state. They’ve contacted Quattlebaum to learn how they can do similar ministry at their churches.

This leads to more questions from hikers like this one: “Why do all these Baptist churches care so much?”

Quattlebaum, of course, has lots of answers for them, including several references in Scripture such as Hebrews 13: 2 – “Do not forget to show hospitality to strangers, for by so doing some people have shown hospitality to angels without knowing it.”

“I care because my Lord cares. We care because we’re supposed to care. As Christians we’re ordered by the Lord of the church to love people,” he said. “That’s why we’re doing what we do.”