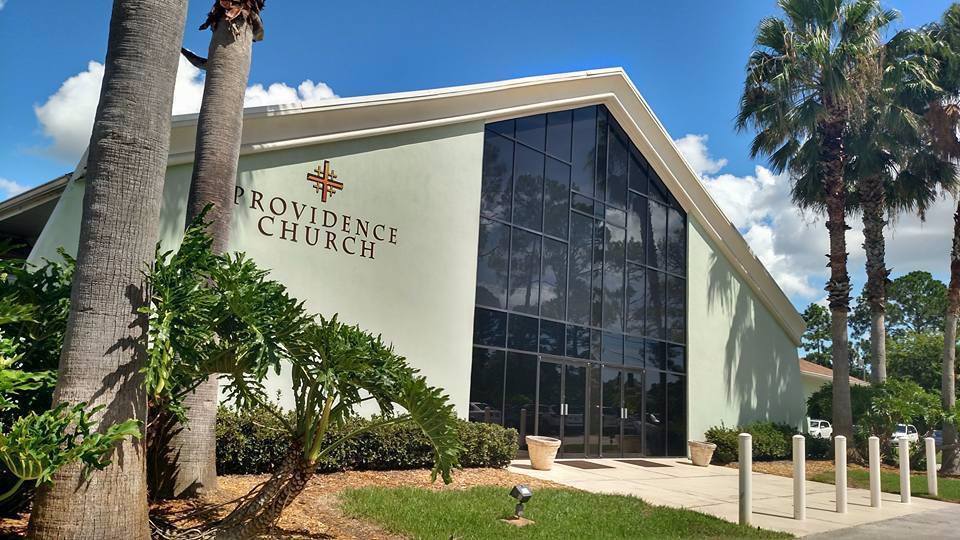 Church Experiences the Providence of God

ORMOND BEACH—Less than 10 years ago, 35 committed believers planting a new church in a clubhouse could never have imagined the providence of God that within a decade they would have a five-acre church campus with five buildings, four full-time ministerial staff and be debt free.

But that is just what happened to Providence Church in Ormond Beach. “It’s been amazing what God has done,” said pastor Tim Mann.

In October 2010, the small band of believers had moved to a space in a business park and called Mann as pastor. 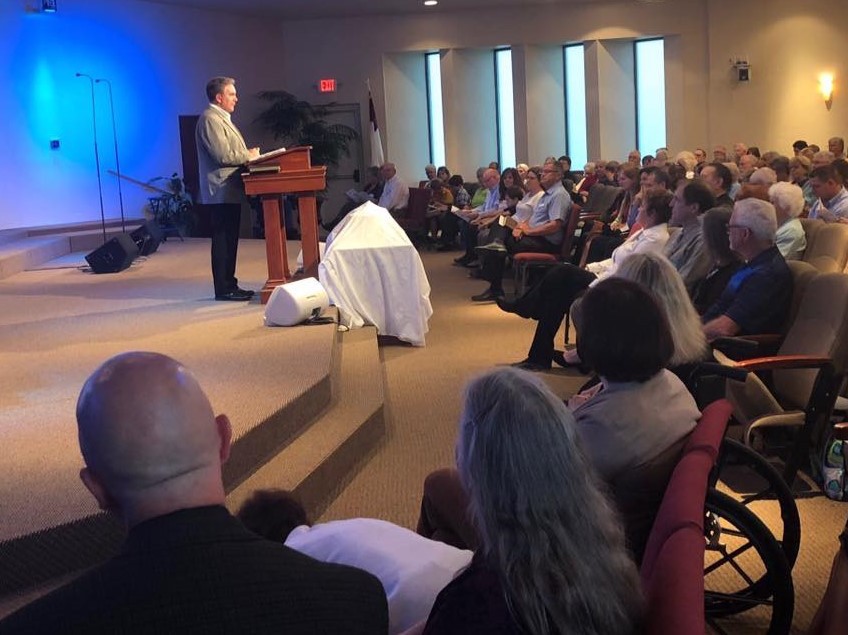 About two years later while driving on Granada Boulevard in Ormond Beach, Mann noticed property owned by Tomoka Christian Church that previously had been on the market no longer had a for-sale sign posted.

Mann called the senior pastor of the church and asked if property had been sold, and the pastor responded, “No, why don’t you all buy it?” Laughing, Mann said Providence Church did not have the resources for that purchase.

But he did accept the pastor’s invitation to take a tour of the buildings and property. Located on State Road 40, or Granada Boulevard, an estimated 35,000 cars drive by the property each day, according to the City of Ormond Beach.

“The visibility was tremendous,” said Mann, and he knew it would be a great place for their congregation of now 150 to grow.

Four days later “by God’s blessing and provision,” the church received a $1.2 million gift and the same amount in a loan. Through God’s providence, the church now had $2.4 million in hand to purchase the property.

Two years after Providence’s launch, in July 2012, the property on Granada Boulevard became theirs when an offer of $2.2 million was accepted. For the next 18 months while they built their new building, the Tomoka church paid rent to Providence. When the congregation took possession of the property in January 2014, they had $450,000 in the bank to do needed renovations and moved to the property that March.

With $1.2 million still owed on their loan, the church diligently made extra payments, but by November 2018, had $600,000 outstanding. Providence then committed to paying off the debt in the next three years with its “Finish the Task” campaign.

This past October, Mann received a call from a benefactor who offered to pay the remaining $400,000 debt.

With $1.2 million paid off in 5 ½ years, the church has never experienced a deficit year; always met budget; and is now debt free with two worship services and dual Sunday schools. In October they baptized 9 new believers and added 24 new members.

Looking to the future, Providence Church desires to expand and multiply through church planting.  In 2020 they plan to “incubate” a Saturday night service on their campus, targeting millennials and Generation Z.  Associate pastor Josh Peoples will serve as the pastor/church planter for the new congregation.

“I’m so thankful for Pastor Tim Mann and the Providence Church as they have impacted many lives in their community, said Craig Culbreth, Florida Baptist Convention’s catalyst for the east region. “It’s an honor to serve with the church and their amazing pastor.”

And according to Mann, it has been “incredible to experience and witness as a congregation the trajectory of the 9.5 years that we’ve been in existence.  It’s been amazing what God has done,” he said.

“It’s been God’s hand and His grace, working through people who have given generously and sacrificially.”