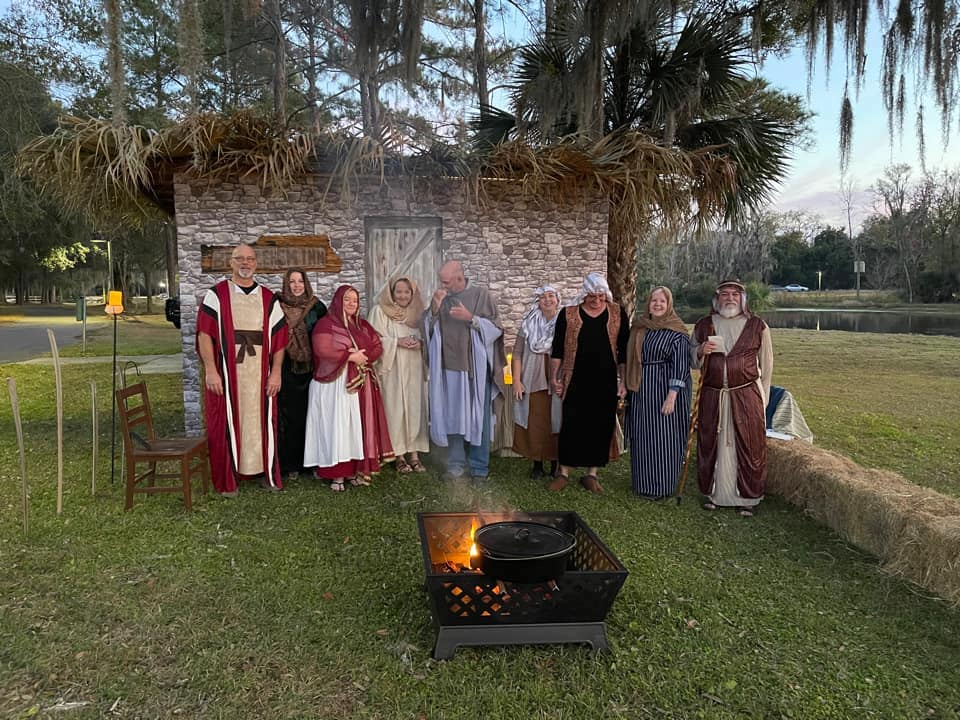 PERRY–A dozen churches worked with local businesses and the Perry-Taylor County Chamber of Commerce to launch Perry’s first “Walk Through Bethlehem” event, allowing their North Florida community to experience the sights, sounds and even smells of life during the birth of Christ.

The live exhibition was held the first weekend of December, attracting almost 1,000 persons over two nights. The first night was the busiest as it was added to Perry’s longstanding Christmas on the Square, which includes a parade, lighting of the tree, visits with Santa and more. 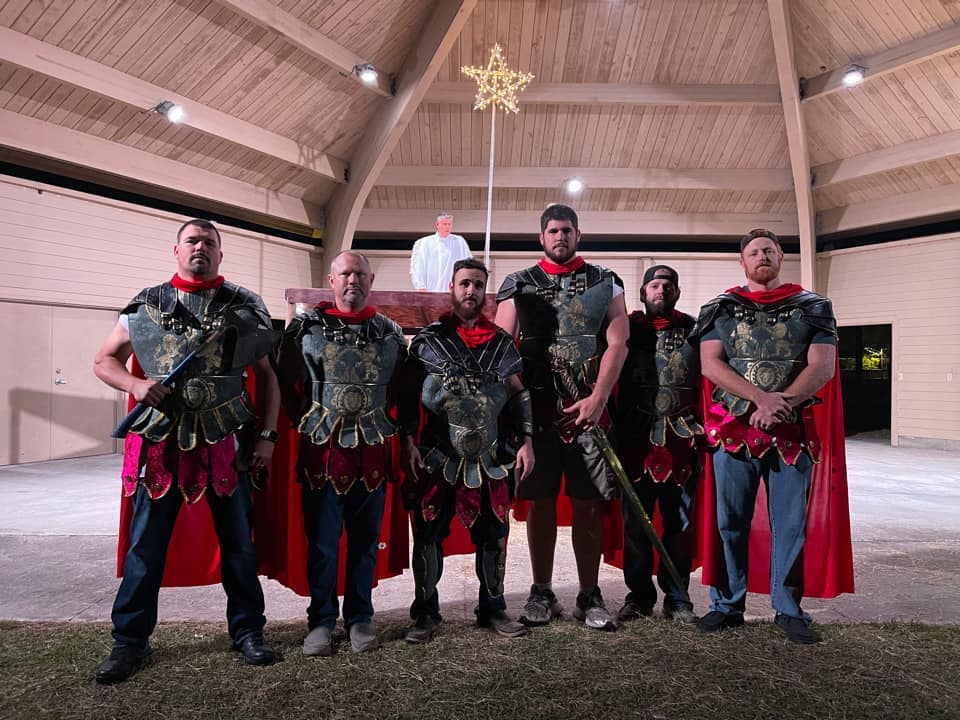 “This event is a living re-creation of the life and times of those who went to be taxed as subjects of Caesar Augustus and are spoken of in the biblical story of the birth of Jesus Christ,” said Chamber Director Dawn Perez, in a press release. The chamber was the host and sponsor of the event.

“This was such a neat experience,” said Steven Ruff, senior pastor of First Baptist Church in Perry, one of the participating churches. “It turned out to be a great event for our community and was very well attended.”

The walk through was held in Rosehead Park, just a couple of blocks from the Downtown Square where the Christmas festivities took place. Small groups were escorted on the journey by tour guides dressed in biblical attire.

Tours began at the census table where the “travelers” received coins to pay their taxes and then walked through the park, stopping to chat with vendors selling bread, fabric, baskets and more, and to discuss rumors of the Messiah’s birth. Roman soldiers wearing armored breastplates harassed the groups and hurried them along. 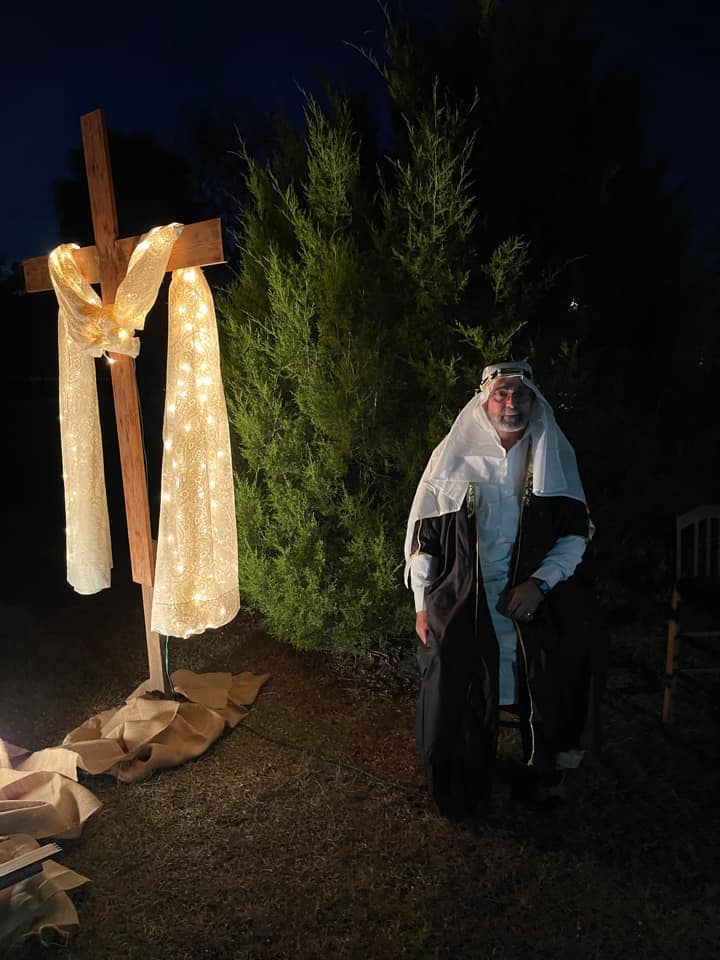 Next, tour groups stopped at the inn where they learned no rooms were available, and eventually made their way to a stable to see Mary and Joseph and the baby Jesus. A choir of children and adults sang Christmas carols to round out the tour, with the final stop featuring a large cross and a local pastor ready to talk to visitors, share the gospel and answer any questions.

Local church members worked the various stops of the tour, striving for accuracy and authenticity with the scenery, props and the Bethlehem characters in period costumes, Ruff said.

While hosting a Christmas event is common for churches, having a sponsor like the chamber of commerce is not. But that should not come as a surprise, Ruff said, especially in a small town like Perry.

“We often forget that secular agencies include Christians who seek to serve the Lord in the marketplace,” Ruff said. “That our Chamber of Commerce sponsored this event that highlights and celebrates the birth of Christ is a testimony to this reality.”

This unique holiday event included churches from a variety of faiths working together to share the Christmas story. “Sometimes our doctrines aren’t all the same, but we’re able to come together on this one fact of the birth of Christ and really minister to our community,” Ruff said.

Organizers say the goal is to have this become an annual event and to keep building on it each year. Eventually they hope the experience can help draw others to not only learn about the community but also the truth about Christmas. 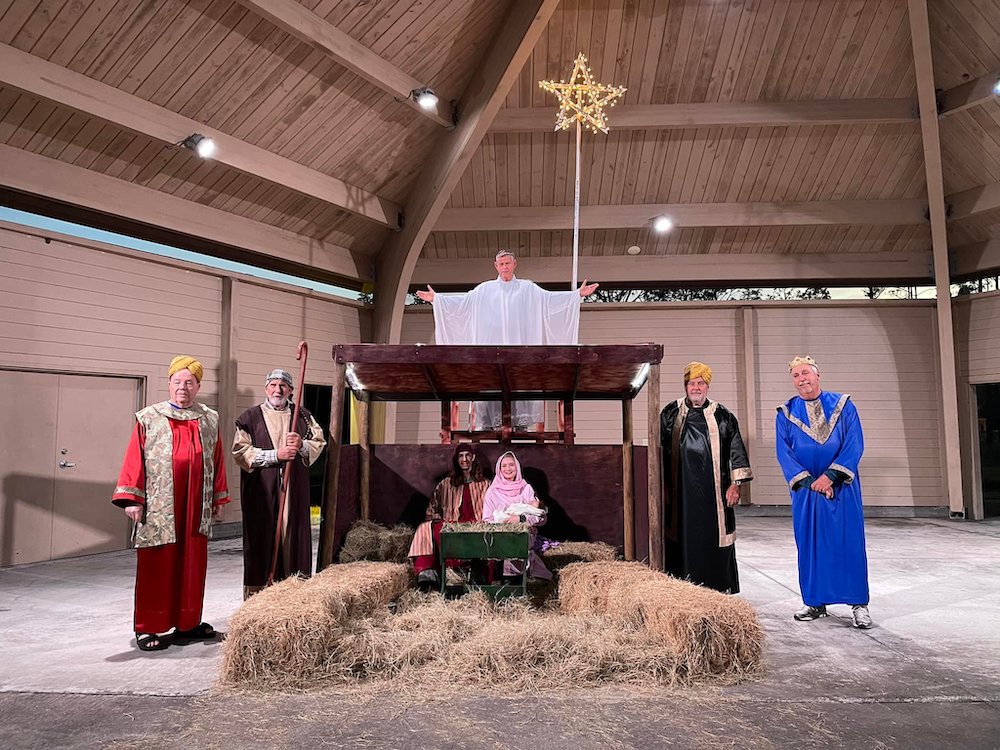