Green humorously called his efforts to crisscross the state visiting 12 locations as the “Tour de Florida.” Included on his “tour” were two churches in the Central Region, in Tampa and Apopka.

“When Dr. Green tours the state, it personalizes the vision and brings passion to the local level,” said Jeremy Westbrook, senior associate pastor of Calvary Baptist Church in Clearwater and lead missional strategist for the Suncoast Baptist Association in Largo.

Westbrook had urged the association’s pastors to attend the Jan. 30 meeting at First Baptist Church in Tampa to personally hear Green’s vision.

The Suncoast pastors embraced the opportunity to take part during the question-and-answer session, said Westbrook, allowing them to better understand how their churches can be part of, as well as, impact this movement.

“It’s great to hear the vision in front of a thousand people,” Westbook said, referring to the Florida Baptist Convention annual meeting held this past November.

“But it becomes more personal in front of a group of 40 or 50. You get to hear the personal heart and passion from Dr. Green in that smaller environment,” he explained.

Calvary Church is most excited about the church planting goal, Westbrook reported. The church with three satellite campuses is already implementing a global vision, and attending Green’s meeting, “pours fuel onto the fire,” Westbrook said.

“We had a vision birthed in 2016 to plant 100 churches internationally, plant 25 churches nationally, and revitalize 20 churches locally within the next 10 years,” said Westbrook. “In many ways, this is the vision of the state convention.” 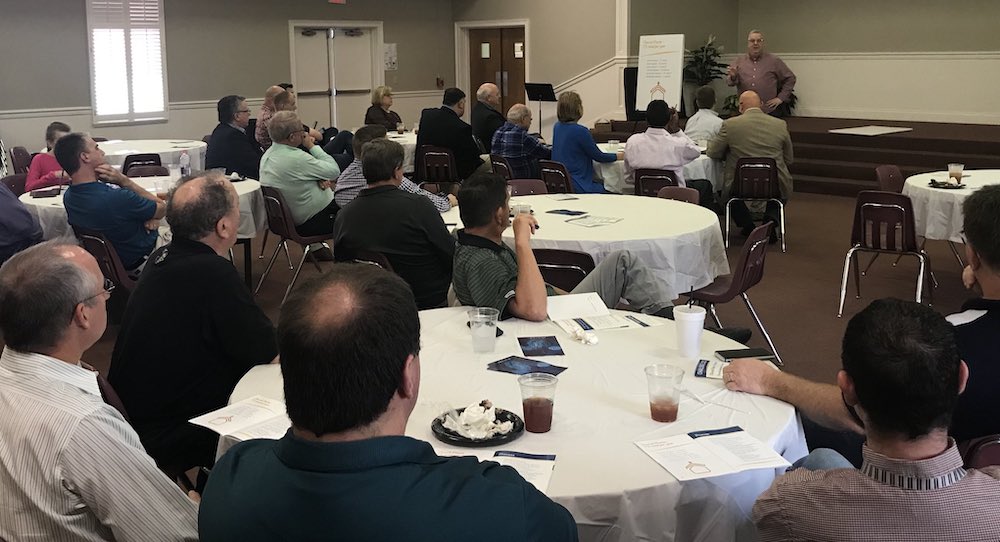 “The consensus of the overall time at the tour was excellent. I believe that all the pastors are on board, especially when it comes to church revitalization–that is a big need in Florida.”

“We have a lot of older and declining churches that need revitalization, not only in leadership but also facilities.”

An aspect of the merger was the renovation of the Winter Garden facility which is currently underway.

“Revitalizing fresh breath, combined with church planting…it’s going to be a great resurgence for us,” Butner said.

“This is a hope for declining churches—for weaker churches to come together to formulate a strong church,” he added.