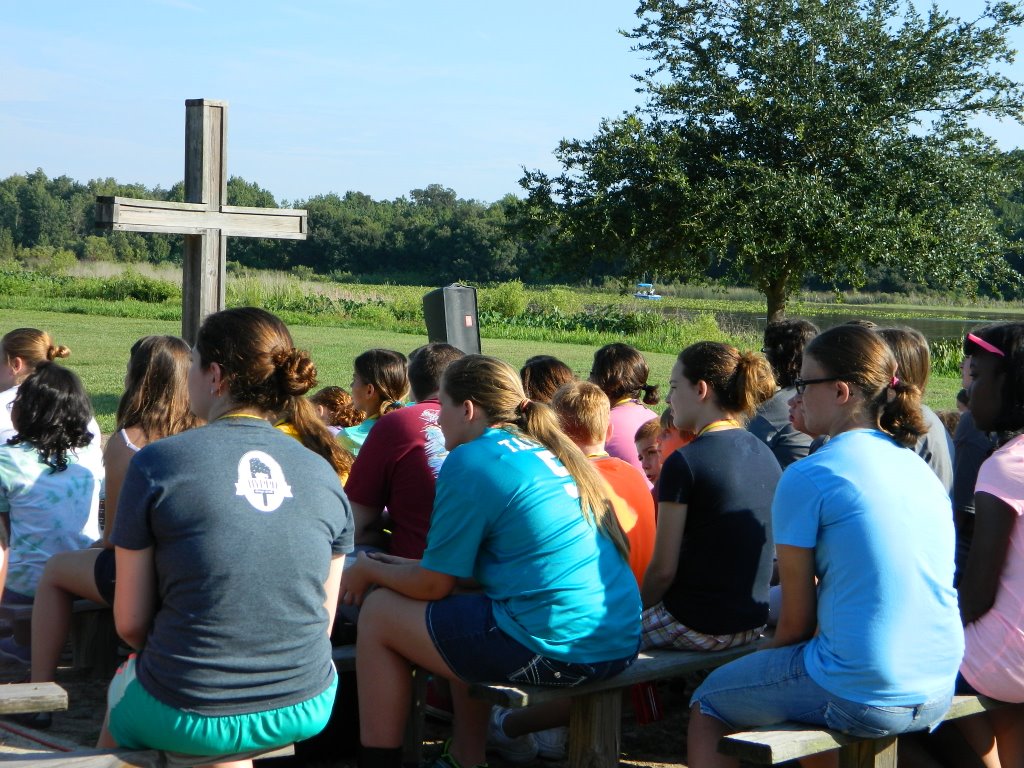 Nearly 400 campers had the opportunity to “Take Heart” in missions focusing on evangelistic needs in Africa, the United States and Florida during four weeks of Camp WorldLight.

Basing their theme on John 16:33, the campers studied missions and ministries in Mozambique, Senegal and Uganda, as well as Cuba, New Orleans, and Florida.

The week-long camps were held on consecutive weeks from June 8 until July 10 at two locations, Lake Yale Baptist Conference Center in Leesburg and Shalimar Retreat Annex in Panama City, for girls entering third through twelfth grades; and boys in the third through sixth grades.

This was the first time the camp was held in the Panama City Beach facility where students participated in “beautiful morning worship services while we looked out at the ocean God created,” said Anne Wilson, Camp WorldLight director.

For the first time in history, a week of mission camp for boys in 3rd through 6th grades was offered, deemed “a great success” by Wilson. The week drew 21 boys.

At the conclusion of the four weeks, five students accepted Christ as their Savior; 19 rededicated their lives and 39 committed to mission service, calling out the next generation of mission leaders in Florida Baptist churches.

This is the second year Katrina Sellers of Homeland sent her daughter to Camp Worldlight, originally thinking the week would give 13-year-old Madison an opportunity to meet missionaries and do missions projects. “I liked that they would have the chance to immerse themselves into another culture to share Christ.”

When Madison returned home last year, she led her church, First Baptist Church in Homeland to serve at a local homeless ministry, organized her church’s shoe boxes for Operation Christmas Child and started a Missions Friends class, Sellers said. “As a mom, I love watching her share missions and activities with her three-to-five year olds.”

This summer, sister Savanna, 12, joined Madison, “and again Camp WorldLight fanned into flame a love of missions in both their hearts,” the mother said.

“I love that by immersing them into another culture to share the gospel it empowers them to share Christ in their own neighborhoods and makes them thankful for the things they have,” said the palistor’s wife.

Their mother also appreciated that the girls were able to pray with the missionary or camp staff of their choice personally. “This helped them feel special and form connections.”

Madison, who will enter ninth grade this fall, said she loved the activity that allowed her to “experience Uganda this year. I liked learning about the country and witnessing in their culture. Jesus spoke to me through the missionaries and my counselors. He showed me that I have to grow in the place that he has put me right now.”

During the candlelight service Savanna said, “I felt God telling me to surrender myself to him and fully develop in His word.”

Attending this year’s camp were students and counselors from 72 Florida Baptist churches.

Camp WorldLight draws camp staff from Florida Baptist churches, many who attended camp as a youngster and now serve as a role model for the campers.  Many of the staff will continue in life-long mission roles. One of those former campers and counselors is missionary Allen, who first felt God calling her to missionary service through the camp.

Use of Church Facilities Assets and Resources