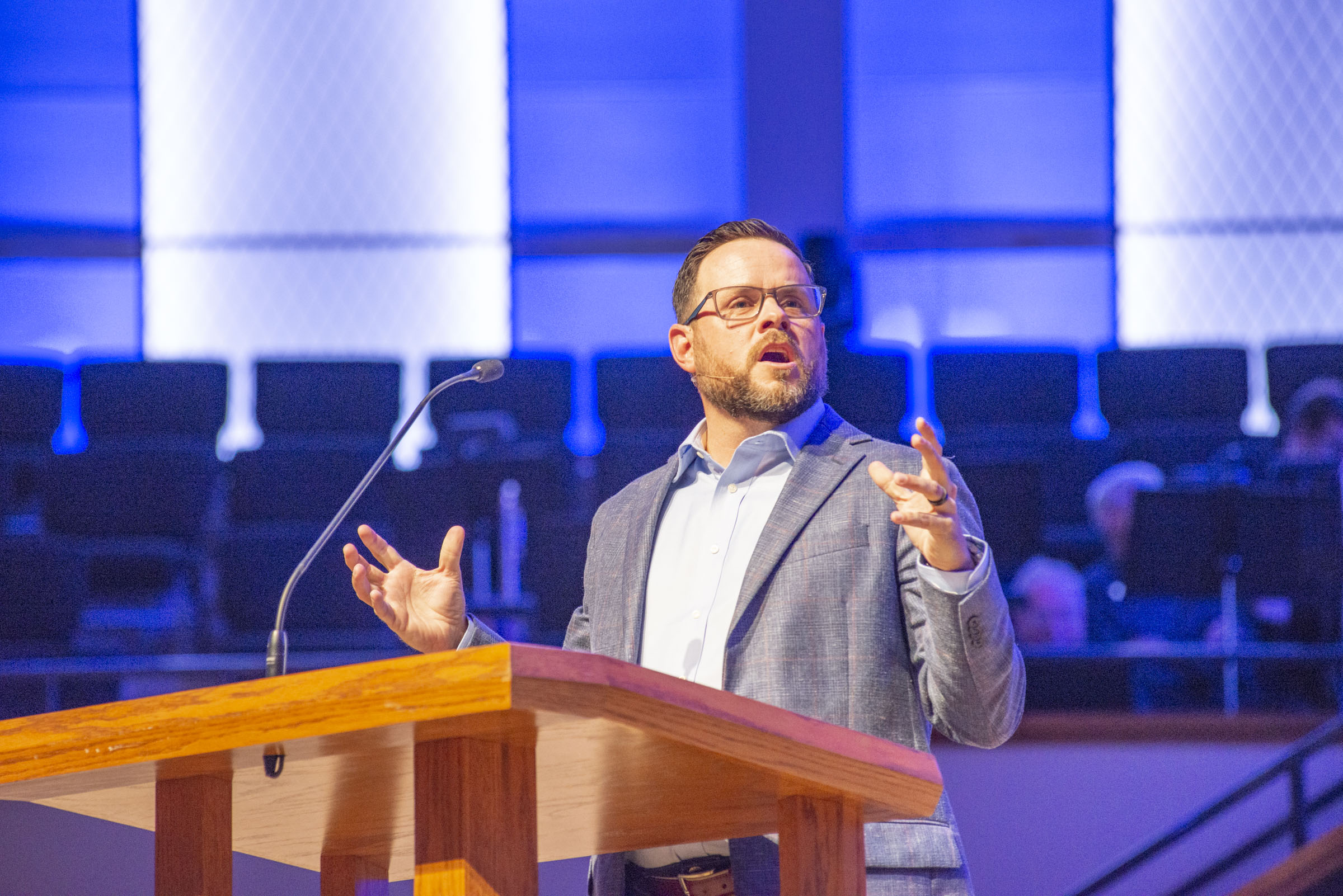 PENSACOLA— In a message titled Hope for the Hopeless, Aaron Burgner, senior pastor of Lakes Church in Lakeland, reminded messengers at the 2022 Florida Baptist State Convention meeting at Olive Baptist Church in Pensacola that, while ministry can be messy and costly, God gives power to those who stay tethered to Him.

Burgner started his message with a story of man who found work in a zoo. The man’s job was to dress up in a gorilla suit and pretend to be a gorilla when visitors came by his exhibit. He played his role well, and the people cheered, thinking they were seeing an actual gorilla. But he was nothing more than a man in a gorilla suit playing a part.

“I feel like a man in a gorilla suit sometimes. But I don’t want to act a part; I want to be a man that smells like his community,” said Burgner, who was elected to serve as 2022-23 president of the Florida Baptist State Board of Missions.

“Doing ministry with lost people is hard because lost and hopeless people are a mess, just like we were before we were saved,” he said.

Burgner’s message focused on John 5:1-17, describing a lame man at the pool of Bethesda.

“Around 3,000 people were in Bethesda because they were waiting for their turn to be made well by the pool waters,” Burgner said.

He described a scene where people laid around helpless and hopeless and were ignored by others. “It was a pathetic scene,” he said, but it was in this place that Jesus healed a man who had been lame for more than 30 years.

“These are the places we feel like we are not in a gorilla suit. If we are going to grow the kingdom of God, it is going to cost you and it is going to be messy,” he said.

In his sermon’s second point, Burgner reminded messengers that Jesus gives life to those who trust in Him. Later in the biblical passage, Jesus and the man who had been lame saw each other again, and Jesus told him to go and sin no more.

“Jesus went down to the pool to see a dead man come to life,” he said. “We believe that God raises dead people to life. Ministry is messy and costly, but we have the biggest trump card, and that is the gospel of Jesus Christ.”

Closing his sermon, Burgner said, “The Spirit gives power to the pastor and the church that stay tethered to Him. Jesus Christ is the hero of the story, and my success will only come as I tether myself to Him … To see my city and my community be saved for Christ will only happen as I stay tethered to Christ.”