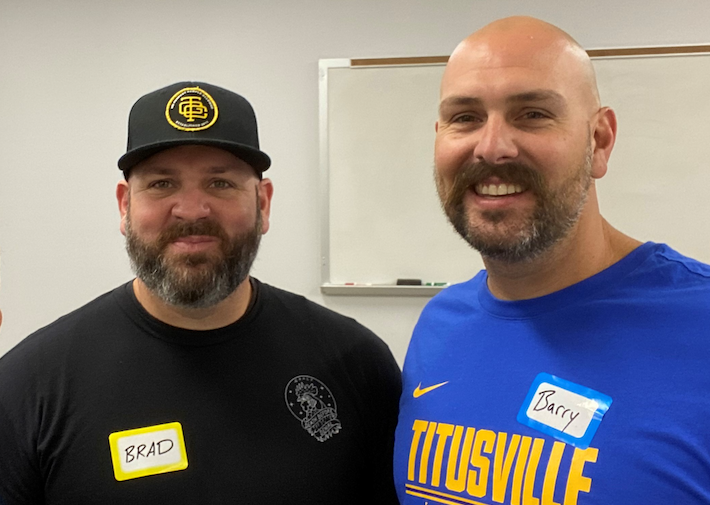 Brothers share vision of planting churches in Jacksonville and Titusville

JACKSONVILLE–With a heart to share the gospel, two sets of brothers–the Bennetts in Jacksonville and the Russells in Titusville– have answered God’s call to plant churches in their home cities. With unique gifts and leadership styles, these brothers are committed to reaching new believers through church planting.

Having launched TheCity.church in September, 2015, Blake Bennett and his younger brother, Brad, now share a vision of planting 200 neighborhood churches across Jacksonville, the most populous city in Florida.

Growing up in Jacksonville with a father and grandfather who were both church planters, the two brothers became Christians at a young age. At the age of 16, the older brother felt God directing him to plant churches.

Having previously joined his father on a church staff, Blake Bennett was well acquainted with the dynamics of ministering together with family. 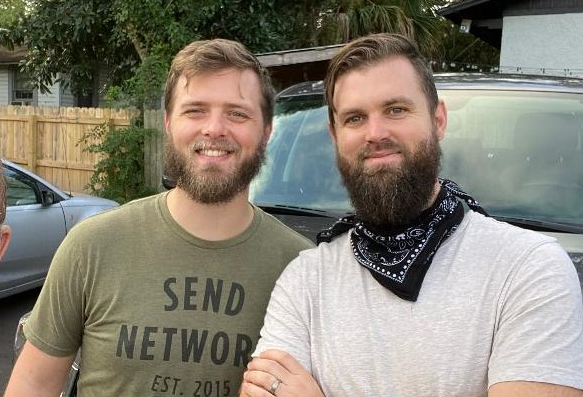 In 2018 when TheCity.church in the San Marco area of Jacksonville was ready to plant a second congregation, TheCity.church at Bartram Park in southern Duval County, church leaders tapped the younger Bennett, who had been leading small group ministry, to lead this launch.

“When we talked to him about planting a church, it couldn’t be my idea,” said the elder brother, “he had to do it because God called him, not because I asked him.”

Although sharing the same vision, their gifts differ. “Blake is a visionary leader, always thinking about what’s coming next,” said the younger brother. “He’s at the front end of things, carving a path to a new place.” Brad Bennett, however, believes he is gifted in organizational skills.

“Our relationship equity has been so crucial, as we have the ability to come together to talk through things, be honest with each other. At the end of the day, we’re still brothers and friends,” he added.

A third congregation, TheCity.church at Riverside, southwest of downtown Jacksonville, will launch this month.

In 2011 brothers Brad and Barry Russell planted The Grove Church in Titusville, located in the county seat of Brevard on the Indian River of Florida’s Space Coast.  They have set a goal to plant 50 more churches in coastal central Florida.

The brothers grew up in Titusville’s Westside Baptist Church, now Gateway Community Church, and became Christians as teens. Then as adults, the two served as youth pastors in different states, while hoping to minister together one day.

When Park Avenue Baptist Church in Titusville asked Brad Russell to pray about leading a church plant in Titusville, he asked his younger brother to come alongside him. “We knew we wanted to plant multiple churches,” the church planter said.

“Both of us are evangelistic, relational leaders who preach the gospel. Brad is more the office guy, more administrative, said the younger brother. “Me, I like to be with people, out in a store or coffee shop so I can see people that aren’t at The Grove.”

The Russells have ministered together for the past eight years and have not found too many surprises. “Things have changed, the team has grown and we still have fun and look forward to work. Someone told me how impressed they are that we get along,” said Brad Russell.

The brothers believe they are called to start churches not only in Titusville, but also in coastal, central Florida as well, including Brevard and Volusia counties.

“We take responsibility for this area, so that others may know that salvation is real, Jesus is real and that He’s coming back,” said Barry Russell.

When people ask why more churches are needed, he referenced John 10:10, “Because we need Christ-centered, life-giving churches; also, we want people to have what we have–joy in Christ–as there is something special and contagious about that.”

This year the Grove Church helped launch a new congregation, The Rock Church in Mims, at the northern end of Brevard County. The Grove has also helped start three other churches in the area, and prior to COVID led weekly services at Brevard County Jail in Cocoa.

Both the Bennetts and the Russells expressed appreciation for the financial help and the  network of relational support they have received through the Florida Baptist Convention.

“We sense that we’re not doing this alone, that people have our back; that has been a huge blessing as well,” said Brad Bennett.