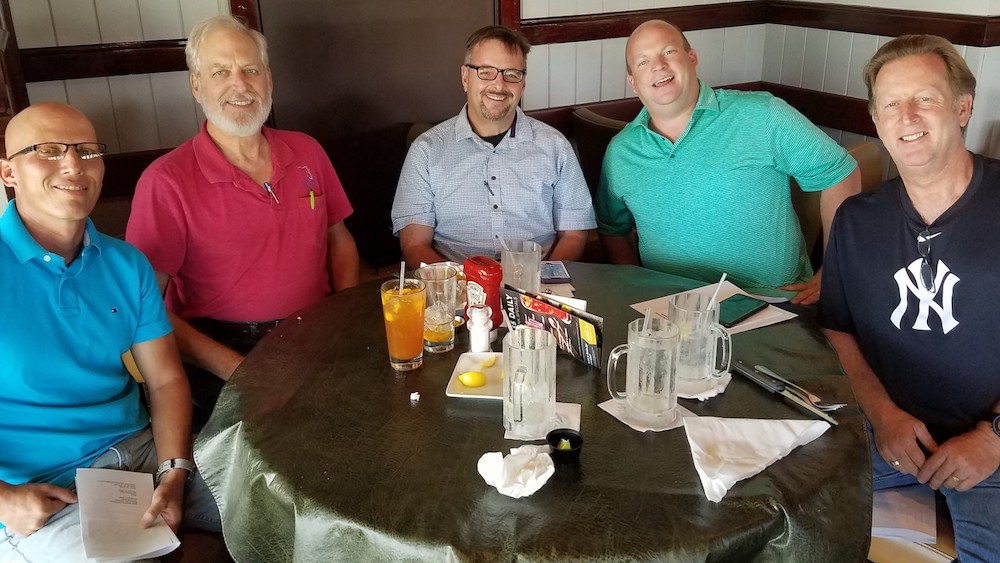 Pictured Above: Mike Hoffmann, 2nd from left, with BBA pastors

ROCKLEDGE–Culminating four decades of serving the Lord as missions catalyst, church planter, missionary and minister to the deaf, Associational Mission Strategist Mike Hoffmann will retire from his position with the Brevard Baptist Association (BBA) effective Sept. 4.

During 25 of those 40 years, Hoffmann and his wife, Barbara, served as appointed missionaries with the North American Mission Board (NAMB) helping start churches in Georgia, Maine and Florida, as well as serving as associational missionary in both Maine and Florida.

“Mike Hoffmann has been a long-time friend and has impacted many churches, pastors and communities. It has been an honor to work with Mike,” said Craig Culbreth, east region catalyst, Florida Baptist Convention. 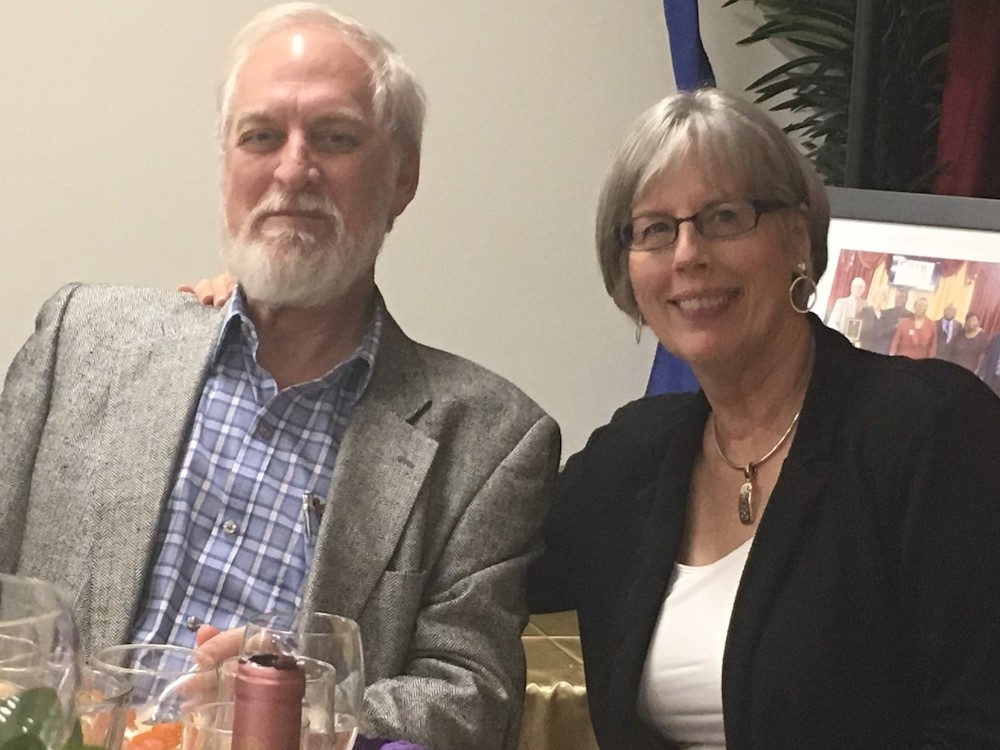 Originally from Miami, Hoffmann came to know Christ as a student at Miami-Dade Community College. Transferring to Florida State University (FSU), his faith continued to grow through participation in various campus ministries. There, he met his wife Barbara.

Developing an interest in serving the deaf while in high school after befriending two hearing impaired brothers, Mike pursued a masters’ degree in deaf education from the University of Tennessee in Knoxville, and was hired as a high school social studies teacher at the Georgia School for the Deaf.

While teaching and living in Rome, Georgia, the couple attended a Southern Baptist church for the first time. “The pastor preached and lived evangelism and missions,” said Hoffmann.

After three years of leading a deaf ministry and joining their church on mission trips, the Hoffmanns sensed God calling them to missions, and they moved to Fort Worth, Texas to attend Southwestern Baptist Theological Seminary.

His introduction to church planting came when he helped start a house church under the supervision of Gambrell Street Baptist Church. The Fort Worth congregation was intentionally planting small satellite units “to reach the people who lived near the church but would never come into the building,” said Hoffmann.

“Our church met in our house and we had the privilege of leading some of our neighbors to the Lord and baptizing them.”

After seminary graduation, he spent the next eight years back in Georgia, first serving as a Home Mission Board (now NAMB) church planter apprentice in the northeast tourist town of Helen; then as a church starter strategist for the Georgia Baptist Convention.

For the next seven years the Hoffmanns and their two children drove throughout Maine encouraging the churches and helping start new ones.

“Maine is a state of great beauty and wonderful people, but the spiritual climate was very challenging. My greatest joy was seeing churches planted where only God could have established them,” said Hoffmann.

Returning to his home state in 2001, he served with the Florida Baptist Convention in the church planting department. “I worked with a great team, helping and encouraging church planters around the state.”

His tenure at the BBA, on the central-east coast of the state, began in 2013. As the Kennedy Space Center was undergoing an intentional process of repurposing, “we took that same theme, to repurpose the association,” said the strategist. 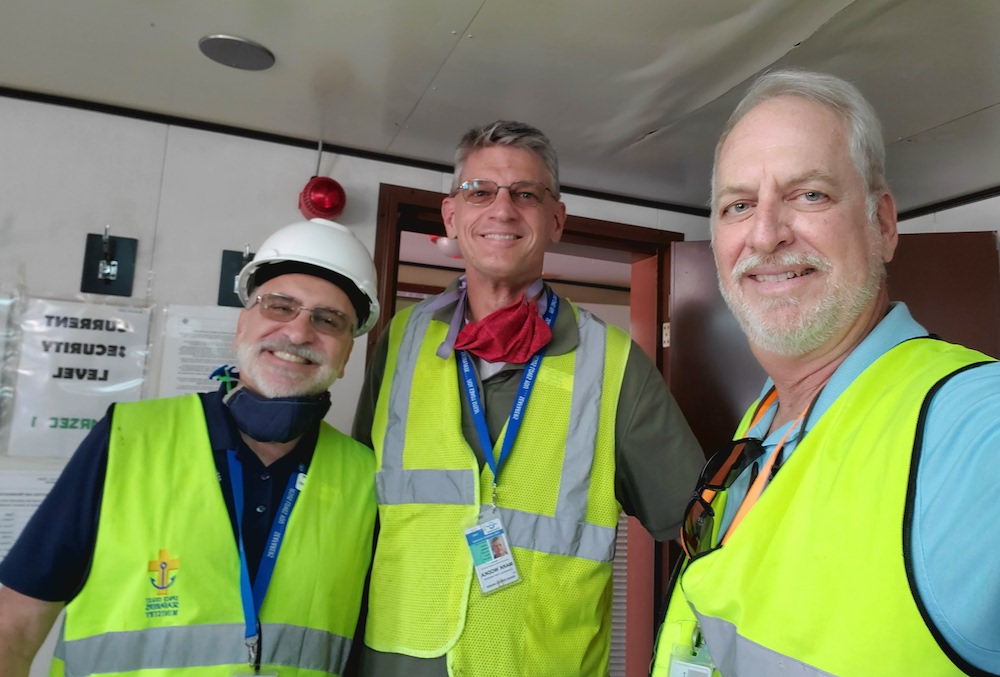 “One of the greatest challenges is bringing churches together, developing a sense of fellowship where encouragement and resourcing can happen among the pastors.  When churches and pastors chose to collaborate, both in Maine and Brevard, it was a win for me, as networking became a reality,” said Hoffmann.

“Life in ministry can be hard for leaders and their families,” said the catalyst. “Barb and I have made it our mission to always encourage those we serve.”

Future days will include spending time with their three grandchildren, and another grandchild due to arrive in November.

He also plans to serve part-time as a chaplain at the port ministry, as well as help train leaders – “spiritual moms and dads,” to lead smaller, relational communities.

“I believe there is a need for a new church paradigm that is relational and simple in structure,” said Hoffmann.