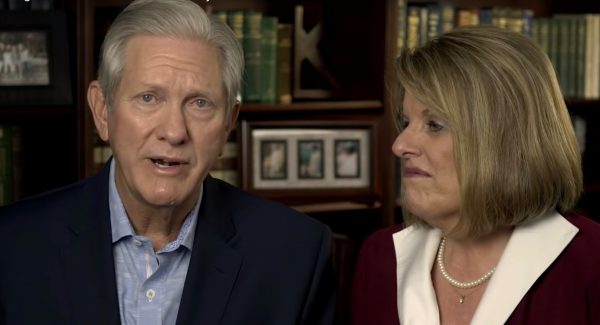 Hayes Wicker, senior pastor of First Baptist Church in Naples, announced over the weekend that he will be stepping away from the pastorate. He has served the church since 1992.

“This is a decision that my wife and I came to after much prayer,” Wicker said. “We sensed that God wanted to bring in younger and fresher leadership.”

Under his leadership, the church has flourished and God has blessed. What started as a small church with rundown facilities became a congregation that runs between 3,000-4,000 depending on the time of year. They also added four ethnic congregations, reaching the diverse people settling in the community. With the addition of a Christian school, children from preschool to high school are being educated with a biblical worldview and a desire to see the Gospel spread. All in all Wicker said there are 100 ministries in the church and many who have been called to full-time Christian ministry.

Tommy Green, executive director-treasurer of the Florida Baptist Convention, said the churches of the Convention have been blessed by Wicker’s investment in our state.

“Hayes has faithfully served the Lord with integrity and excellence,” Green said. “He has led FBC Naples to become a model church in the Southern Baptist Convention in evangelism and missions.”

Wicker said he is committed to shepherding the church through the transition of leadership until a new pastor is called. He is even willing to have an overlap ministry with the new pastor if he desires. While he says he doesn’t know exactly what the Lord has for him next, his time in ministry is not over.

“Janet and I feel like we both still have much to give,” he said.

Wicker has some thoughts on the qualities that would serve his successor well. With a $14 million dollar budget, Wicker said the new pastor needs to have some administrative ability but he also needs to be sensitive to the transitive nature of his congregation.

“We are not a southern, Bible belt church,” Wicker said, noting that about 1,000 people from up north make their home in the area during the winter. “There’s a strong Northern cultural sense to it.”

Mostly he wants someone who will “lead and feed the flock well,” take God’s Word seriously and be responsive to the Holy Spirit.

Green said not only has Wicker served with integrity and excellence, under his leadership the church has grown in “every measurable way.”

“Hayes has been a friend and mentor to many pastors,” he said. “The testimony of his longevity in ministry is a powerful witness to the Lord of the anointed partnership and calling of Hayes and Janet Wicker in Christ.”

In the meantime, Wicker is waiting to see what God has in store for him next. He said he made sure his congregation knew how committed he is to them and the church. Together they will see where the Lord leads.

“I asked them to trust us to hear from the Lord and believe that we’re not being pushed out, there’s no moral or family problem, no politicking and no other ministry I’m trying to go to,” he said. “We have been heart deep in this ministry for 27 years and planted our lives here.”

“God has many great things for this church in the future and we have to keep our eyes on the Lord.”

See Hayes Wicker speak to his congregation about the transition to come.