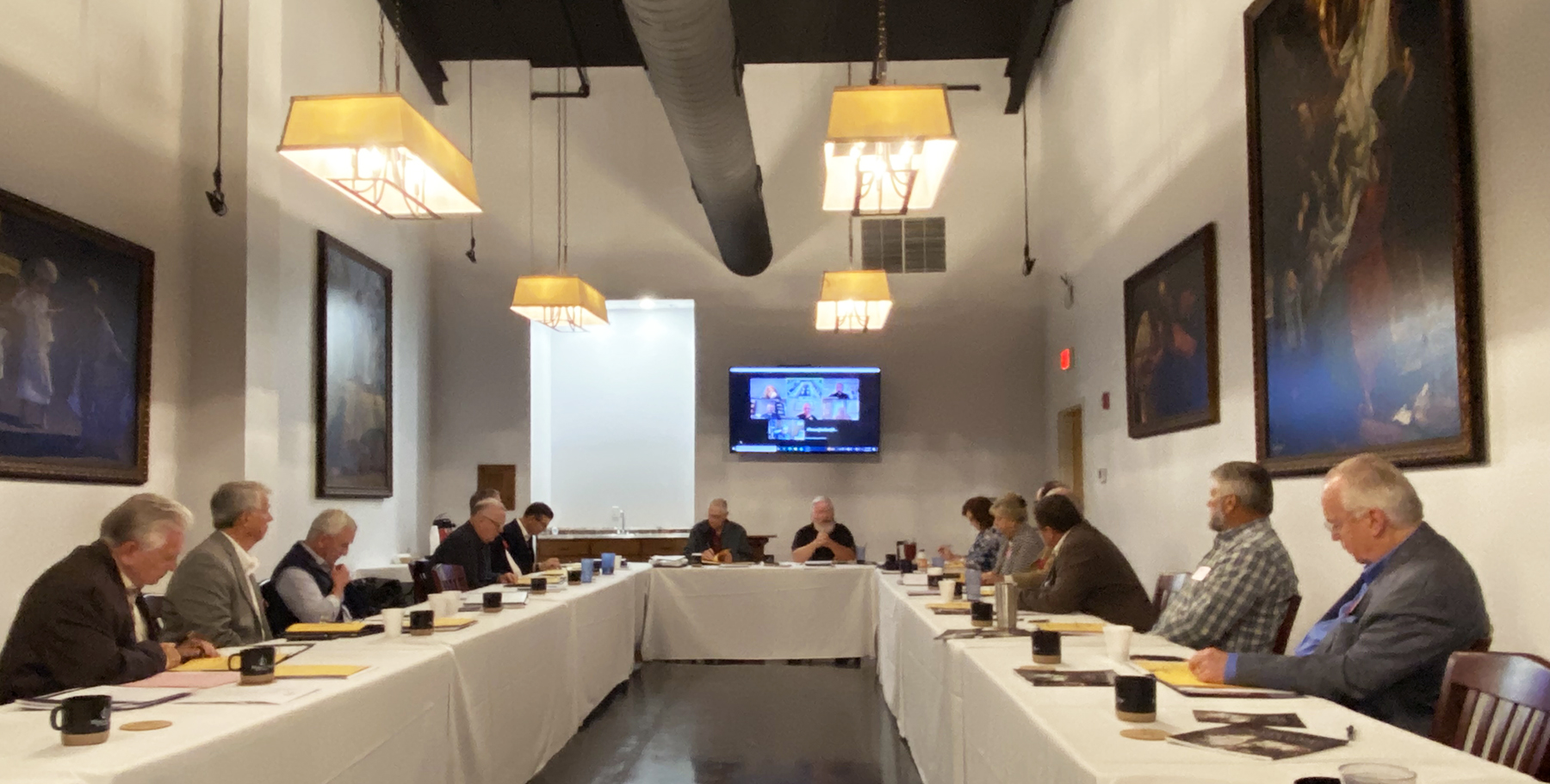 Pictured Above: The Board of Trustees of The Baptist College of Florida received reports and thanked members rotating off their term of service.

GRACEVILLE–In an Oct. 18 meeting, the Board of Trustees of The Baptist College of Florida in Graceville received reports from each of the committees outlining the significant work being done in each area. The executive committee informed the board of the sale of the clinic building and the re-lease agreement with the Tri-County Airport Authority.

Based on a recommendation from the administrative committee, the Trustees voted to name the BCF School of Business after Ted Spangenberg for his dedication to the Lord and to the college and for his continued support of business leadership.

The building and maintenance committee acknowledged and commended the hard work completed by volunteers from several churches during the summer and announced the upcoming demolition of the Eastlake House. Repairs are still being made to housing units due to damage from Hurricane Michael. Funds for repairs are expected from the insurance negotiations according to the legal team member who addressed the board.

The curriculum committee described strong interest and excitement in South Florida for the establishment of a program of study. The desire for a Christ-centered, Bible-based, accredited and affordable program at the Southeast Florida Center of the Florida Baptist Convention in Hialeah has been affirmed by area leaders and prospective students.

The finance committee presented a report with no long-term debt, and board members received an update from BCF Financial Advisor Pete Chamberlain.

During the meeting, Board members gathered in the R. G. Lee Chapel to hear President-elect Clayton Cloer preach during the BCF Annual Missions Conference. Cloer challenged participants to not let their “go” begin to “slow” in sharing the gospel.

As the meeting concluded, BCF President Thomas A. Kinchen presented plaques to members rotating off the Board and thanked them for their dedicated service to the college. Kinchen then invited everyone to join him and Cloer for the college’s alumni and friends breakfast at the Florida Baptist State Convention annual meeting in Pensacola on Monday, Nov. 14.  The next board meeting will be held Jan. 19, 2023.