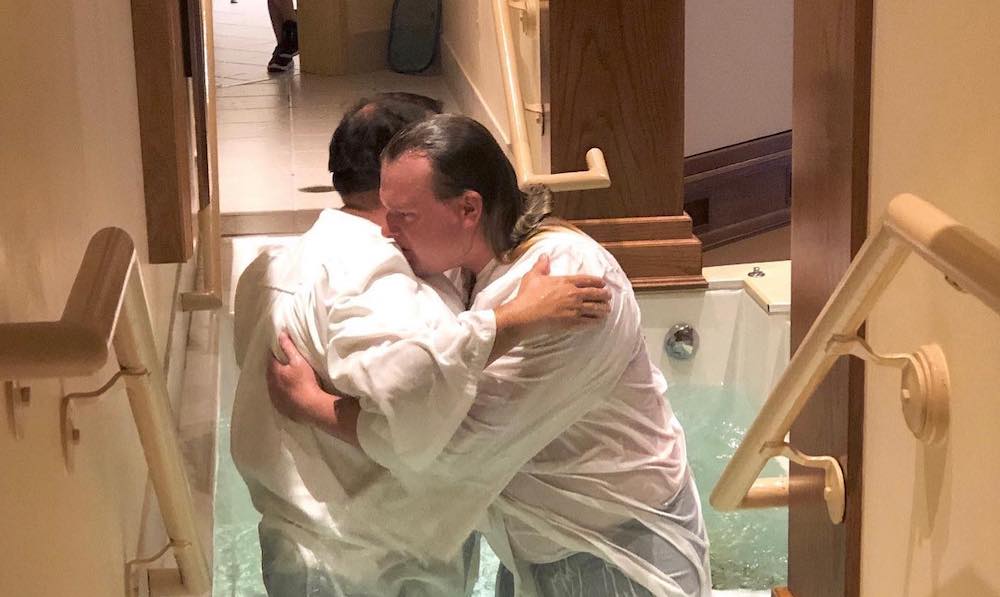 PENSACOLA–Baptism is a special act of obedience for those who choose to follow Jesus, symbolizing the death of an old sin-filled life, and the newness of life found in Christ. By its very nature, baptism takes a personal decision and makes it public.

But during this time with the threat of a highly contagious virus, churches are being a little more cautious with all their activities, including baptisms.

For Pensacola’s Hillcrest Baptist Church that means social distancing and limiting the number of people in the baptismal waiting areas. Precautions also include spreading out the number of baptisms per week, but not hindering them altogether.

There has been no shortage of decisions for Christ during these uncertain times.

Pastor Jim Locke recalled visiting with a senior adult woman several weeks ago “who was the ‘one’ of a Hillcrest member as a result of our ‘Who’s Your One?’ emphasis.” The member had built a great relationship with her friend, he said, “but asked if I could help articulate the plan of salvation with her, and I was delighted to do so.” 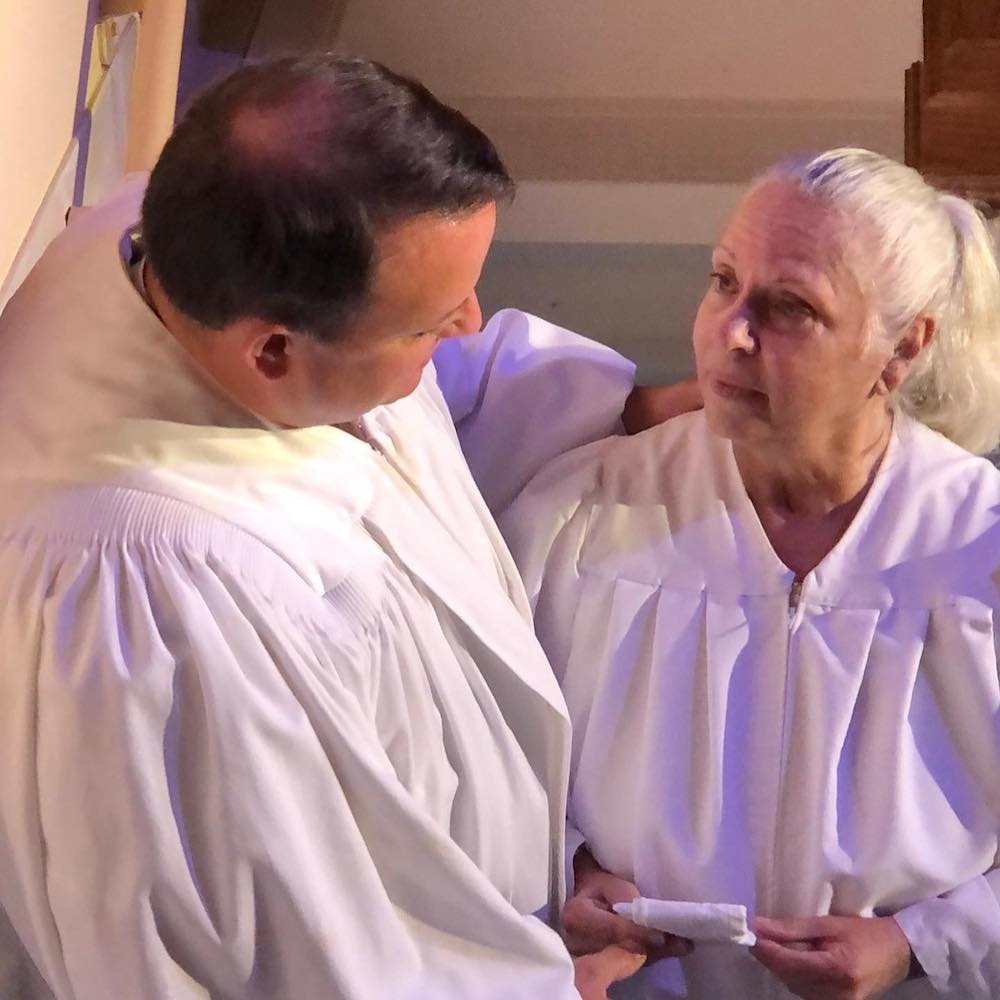 As a result of the conversation, the friend made the eternal decision to trust Jesus as her Savior. After a few weeks, once corporate gatherings resumed, she was baptized on a Sunday morning.

The third Sunday in August is typically a Baptism Celebration at Hillcrest, when the church sponsors mass baptisms on the beach. This year, however, pandemic-related rules about large crowds on the beach canceled their oceanside plans.

Instead, 11 people with pre-scheduled baptisms stirred baptismal waters that day across several of Hillcrest’s campuses. A 12th person–a man– came forward that day.

“He indicated that he felt convicted during the first service, needed to respond to the message of repentance and salvation, and then, in regards baptism,” the pastor recalled. The new believer then asked the pastor, “Why would I wait.”

He was baptized at the end of the second service.

For one member, conviction set in as she listened online to the first message in the series.

“Though she considered herself a ‘good’ person, the Holy Spirit brought her to a point of conviction where she realized she was basing her relationship with Christ on her works for him, not his work for her,” the pastor explained.

She chose to trust in the Lord completely and follow through in baptism, he reported.

A few days later, a young woman met with Pastor Russell to tell him that she was unsure of her salvation. She had been baptized in her teenage years, she explained, but came to understand later the baptism came from peer pressure and never signified a personal decision to follow the Lord.

“During this series through 1 John, she came to the realization that she had not repented of her sins when she was first baptized. She recalled a time during the summer when she truly repented, and she wanted to be baptized as a testimony of how her sins were buried and how God had given her new life,” Russell said.

In this COVID-19 world, baptism remains ever important as life continues to look different and unpredictable with each passing day.

“As people look at the tension that exists in our culture with racial injustice, a hostile political climate, and a worldwide pandemic, they are seeking something that is stable, unchanging, and reliable,” Russell said.

“It seems the only place they can find such a reality is from a posture of faith, because our God and his Word are indeed the only unchanging realities in an ever-changing world.”

Baptisms in the Wake of COVID-19 turn challenge into action