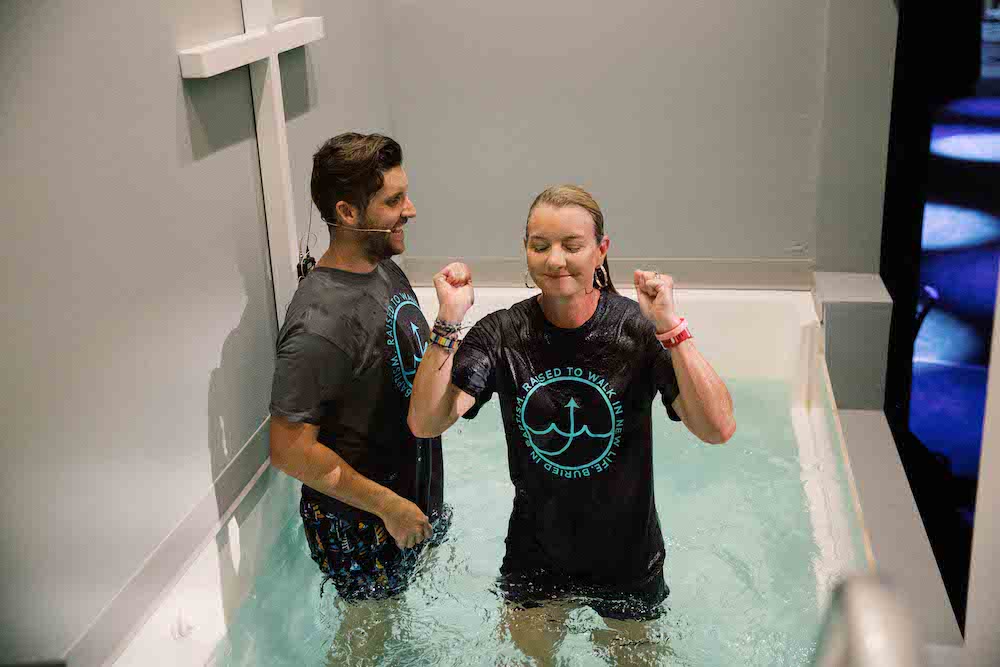 Baptisms in the Wake of COVID-19 turn challenge into action

LITHIA– When FishHawk Fellowship in Lithia moved worship services completely online at the start of the COVID-19 pandemic, church leaders admittedly did not have a strategy to encourage baptisms.

“We simply continued to present the Gospel, point people to Jesus, and encourage them to take a next step in their faith,” said Tony Parker, the church’s executive pastor.

As time went on and it became clear that the online platform would be a long-term staple, church leaders made adjustments to help people connect virtually and give them easy ways to make it known that they wanted to take a next step like baptism.

As a result of their intentional emphasis, the church was amazed at the number of baptisms they witnessed over the past few months.

Most of the summertime baptisms have been performed at the church during the week.  Church leaders filmed the process in front of family and a limited audience, observing social distancing and face-coverings where appropriate, then shared videos as part of the following weekend’s services.

In certain cases, however, ceremonies during the pandemic have been somewhat unconventional. Families have elected to use pools, bathtubs and even the ocean to proclaim their faith in Christ.

According to Kay Pardu, who until recently served as the church’s communications director, “In the midst of a season that could easily feel like we were losing ground in our community, God has shown up and given us the opportunity to take even more than we could have ever asked or imagined,” she said. 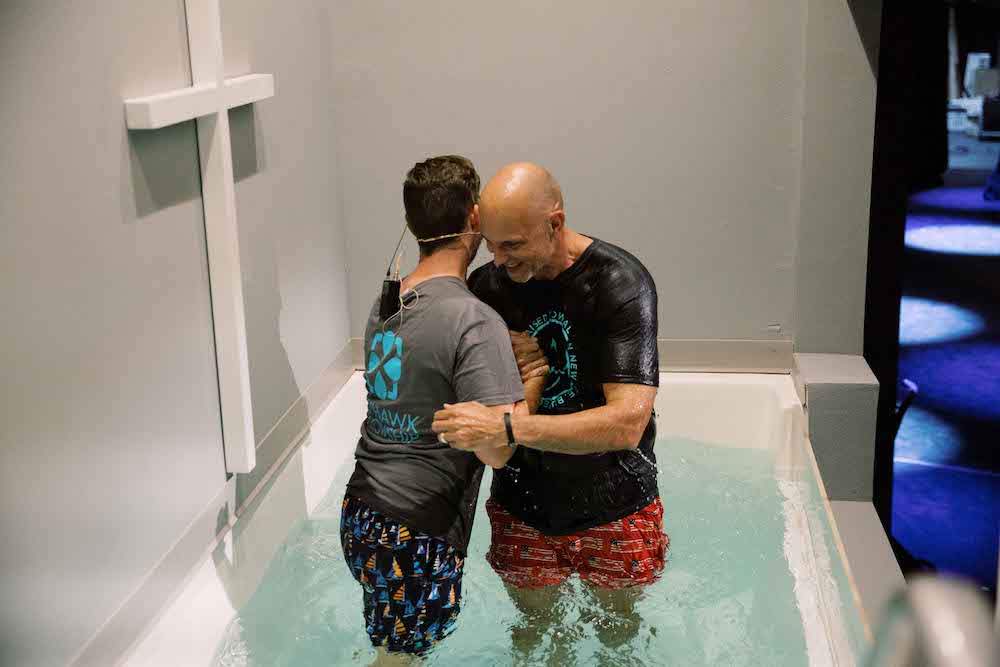 Fishhawk has long been a leader in baptisms among Florida Baptist churches, having baptized more than 100 new believers nearly every year for almost a decade. Then in 2019, the congregation experienced a banner year, stirring baptismal waters 213 times.

“Last year we were in transition,” said Pardu. “We moved into a new building and from a senior pastor of 15 years to a search committee.

“Our pastoral team and church stepped up and God moved in a mighty way. Children, students and entire families stood with the church and came forward to receive Christ as Savior and to be baptized.

Pardu said one of the most memorable professions of faith was “a special needs child named Trey. He repeatedly asked to be baptized and when asked why he would say ‘Follow Jesus.’  If we all did what Trey stated, we would impact the world.”

Impacting the state and world is the goal of the Challenge 2025 vision, announced this past November by  Tommy Green, executive director-treasurer, Florida Baptist Convention.

Through this challenge he urged Florida Baptist churches in the next five years to set aggressive goals in the pursuit of sharing God’s hope in Florida and the world.

Among the goals was to achieve 30,000 baptisms each year in the state of Florida for the next five years. Green also challenged church leaders in the areas of revitalization, missions, church plants, funding and offerings.  He pledged the full support of the Convention to Florida’s Baptist churches as they pursue fulfillment in the call of the Great Commission.

While the Coronavirus has slowed down many things this year, the message of the Gospel continues to reach people in a powerful way.  This is particularly evident in the sustained rate of new baptisms that have occurred so far in 2020.