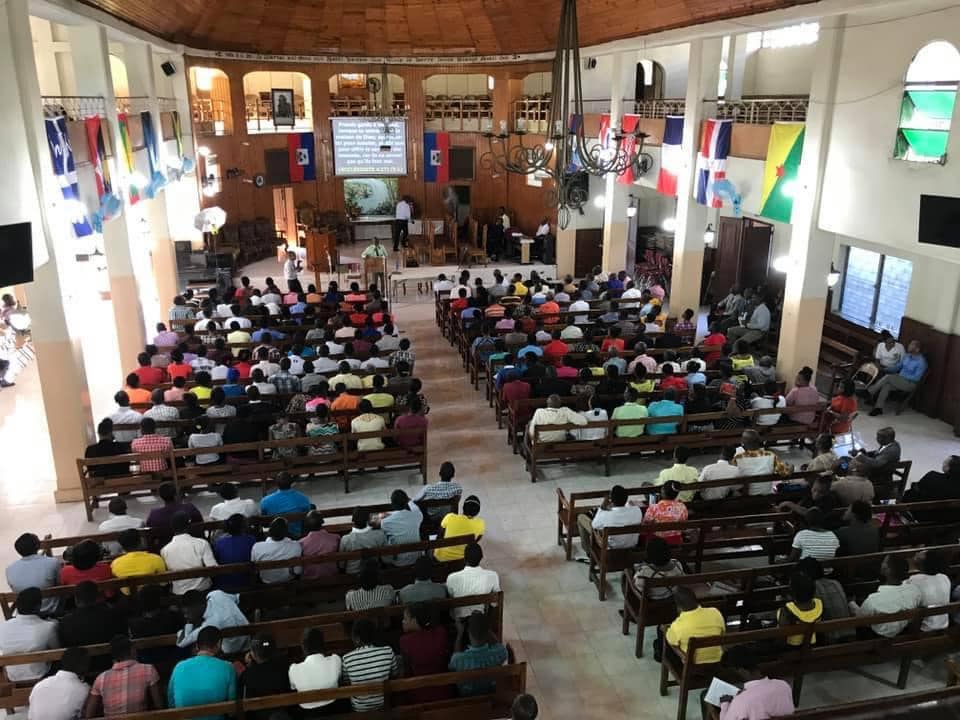 PORT-AU-PRINCE, Haiti (BP) – Local media is reporting that a deacon at First Baptist Church Port-au-Prince was killed and his wife kidnapped as they prepared to enter Sunday morning worship Sept. 26.

Sylner Lafaille died later at a hospital from wounds he suffered in the attack that injured several others and was carried out by “a group of heavily armed men,” according to various reports. Lafaille’s injuries came after he tried unsuccessfully to prevent the kidnapping of his wife, Marie.

The Baptist World Alliance, which founded the church in 1836, asked for prayers in a Facebook post about the news yesterday.

The attack comes a little more than two months since the assassination of Haiti’s president and a descent into near-anarchy exacerbated by an earthquake measuring 7.2 on the Richter scale and a direct hit from Tropical Storm Grace, both in August. Although gangs have at times offered to provide aid, events such as yesterday point to an ongoing issue with those same gangs and a general lawlessness in the country.

John Voltaire, Haitian Church Catalyst for the Florida Baptist Convention, said the killings and kidnappings are indicative of the instability in Haiti.

“It’s basically for ransom,” he told Baptist Press. “It’s not that [gangs] have something against the church personally, it’s just general insecurity. It’s general violence. Everyone who does business has to pay a ransom to gangs to remain in business without harassment.”

The violence at First Baptist Port-au-Prince isn’t the only recent kidnapping at a church, as earlier this year several members of an Adventist congregation were kidnapped during the live stream of a worship service.

Ernie Rice, a Baptist General Convention of Texas missionary to Haiti, told the Baptist Standard that “kidnapping is almost a daily occurrence” in Port-au-Prince.

“As the gangs get bolder it causes commercial activity and transportation to slow down, causing an imposed famine,” he said. “This causes marginally moral people to turn to violence in desperation.”

Honoring Pastors and Their Faithful Work

State Board organizes for 2022 in Jan. 20 videoconference