JACKSONVILLE—While acknowledging “this is the worst time you could be building a church,” Pastor Steve Whitcomb can attest, “God is active even in the midst of dark times.” 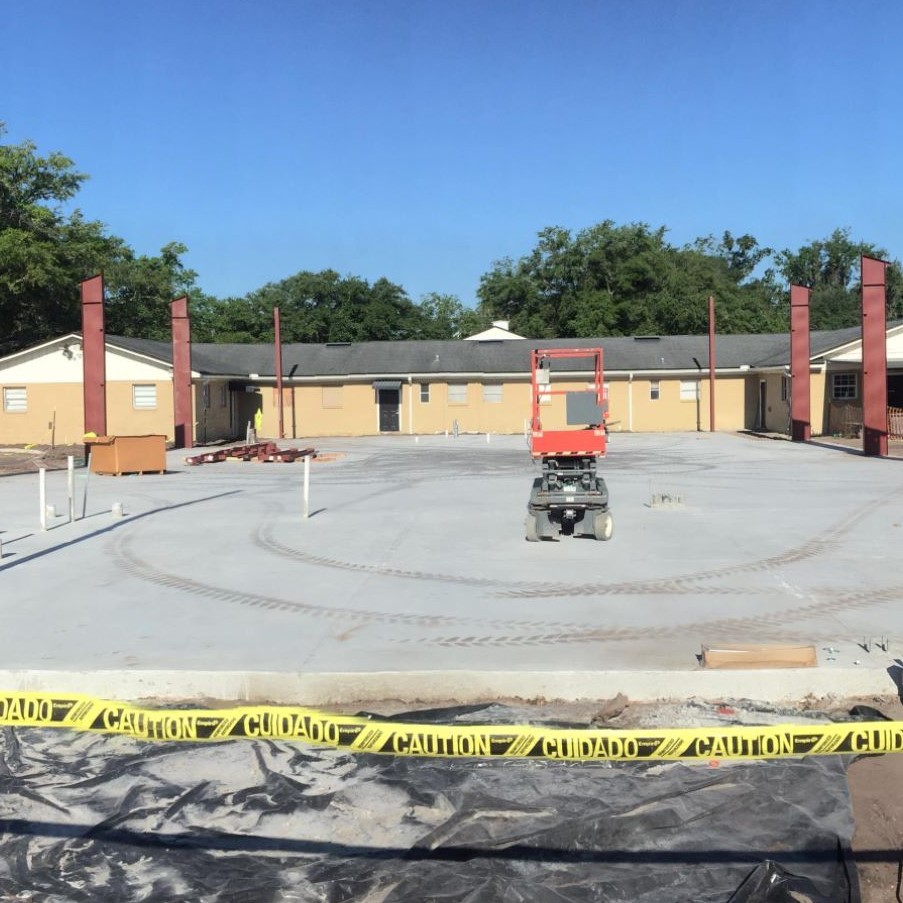 Promise Land Baptist Church, located in a rural area on Jacksonville’s westside, is in the process of building a new worship center. Construction began in February and despite COVID-19 the church experienced no work delays and anticipates occupying the new facility in late November.

“The whole thing has been orchestrated by the hand of God, His timing was incredible,” said Whitcomb, the church’s lead pastor.

During the past two decades, the church added five buildings on its property, including three designated for youth, single adults and children, as well as a fellowship hall and small prayer chapel—all built debt free.

Launched in 1996, the church first met at a local middle school and moved to its current location in 2000. Five years later the congregation was holding two services in a building with a maximum capacity of 200 people. 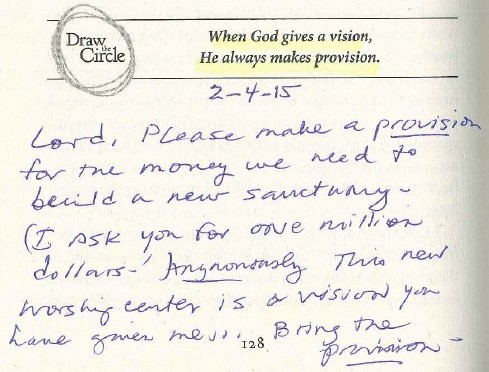 In 2015 while reading Mark Batterson’s book, Draw the Circle, a collection of short devotionals on prayer, the Lord laid on the pastor’s heart to pray for an anonymous gift of a million dollars to build a new sanctuary.

“I wrote the prayer request in that book and prayed for months,” said Whitcomb.

Four years later in 2019 he learned about a grant through the John C. Lasko Foundation Trust that would contribute half the cost of the new sanctuary if the church owned the property and had half of the money needed for the project. Promise Land met both criteria.

The church completed an application for the grant in September 2019, which was accepted, and then was invited to submit a full proposal for the million-dollar grant. Completing a 90-page proposal, the church had its financial books audited, submitted building plans and bids, and waited for approval.

When Whitcomb had not received word from the foundation by the Jan. 31, 2020 deadline, he grew concerned and began seeking an answer from God.

Prompted by the Holy Spirit to take the Batterson book he had read five years earlier from the shelf, Whitcomb found the pages where he had written his request for a million dollars. He began to weep.

The Spirit reminded the pastor that God would answer that prayer.

Twelve days later the church was notified it had been approved for the anonymous grant and received the first check of $333,300 a few weeks afterwards.

The church received the second $333,300 installment in June and will be given the final installment upon completion of the project. The church will remain debt-free as it has always been since inception. 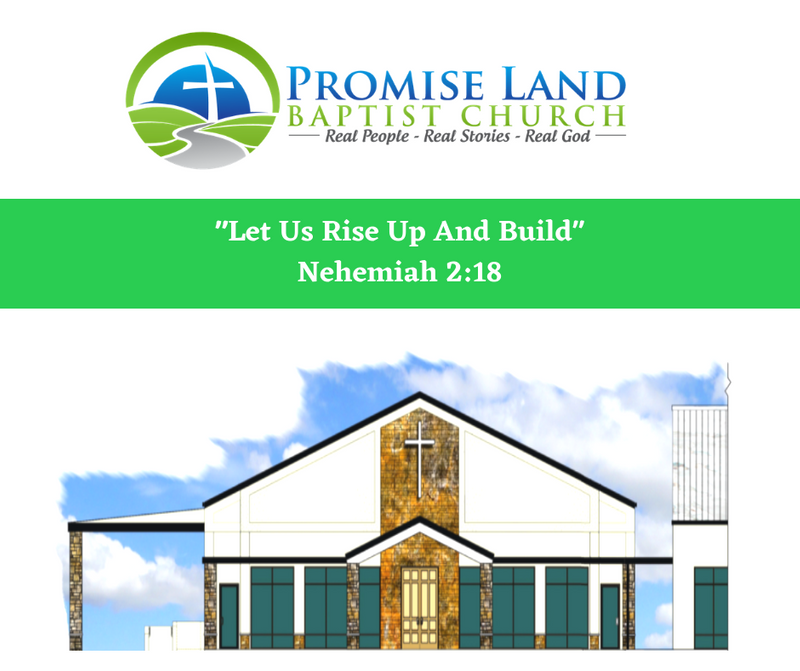 “This is a story of prayer that was prayed and forgotten, but He didn’t forget!” said the pastor. “It’s all about God’s timing. I wanted the money in 2015 but it came in 2020. The bottom line is that we can trust God.”

Whitcomb said he is also grateful for the help received last year from the Florida Baptist Convention when the church needed a new roof on their children’s building.

“At the time, we were in the beginning stages of applying for the grant and didn’t want to spend our building fund money to pay for the roof,” said the pastor. “The Convention came through for us in a big way with the new roof.”

“Pastor Steve Whitcomb is a man who lives his life by faith,” said Craig Culbreth, catalyst for the Florida Baptist Convention’s east region. “The story of how God has greatly blessed as they seek to impact their community is not just about his faith, but the faith of the entire church.”

Promise Land members are planning their November celebration when the new 8,423 square-foot sanctuary is complete in time for Thanksgiving.

“We limit God, but he’s not limited,” said Whitcomb. “God is faithful, and he’ll get you where you need to be if you wait on Him.”

And undergoing a building project during COVID: “It all gives glory to God.”