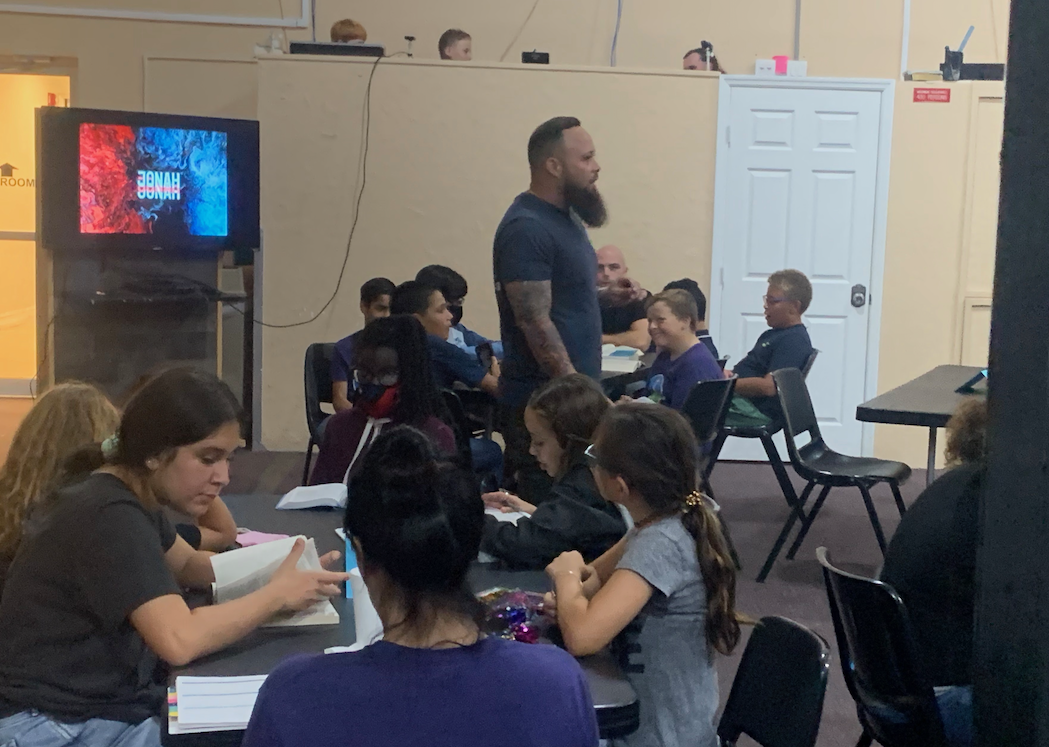 HOMESTEAD — The first time Ari Espinoza read a Bible he sat in a dark and lonely prison cell.

For the young Espinoza, being in prison was not unusual. Since the age of five, he had been exposed to gang life through his father’s illegal rooster fighting business. The wrong crowd, an impressionable young mind and a lack of a proper role model led the teen down the wrong path.

Today, Espinoza’s story is one of redemption. Now the dedicated Christian is a member at the Summit Church in Homestead—the city he calls home— along with his wife and six children. He serves the church in various capacities and has led five of his children and his son-in-law to faith in Christ and more recently, to be baptized. 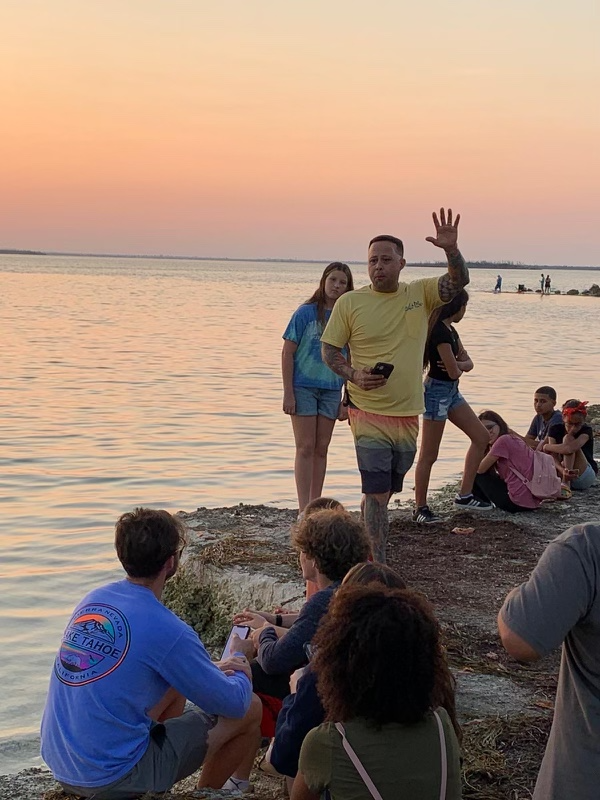 His life is a story of how God can radically change the life of anyone who puts their trust in Him.

“God can save anybody,” said Summit pastor Alex Pecina. “And not just save them but keep them…this man has been radically transformed by the Holy Spirit.”

The first time Espinoza heard about Christ was when he was assigned to assist the prison chaplain during one of his prison stints. It was not a job assignment he wanted, but it was preferable to solitary confinement.

“I had never been in a chapel before prison because I hadn’t ever been to church,” recalled Espinoza. “There were six services in the chapel, and I had to clean up after all of them. But I was only required to attend the service led by the chaplain in case he needed me to assist him with anything during the service.”

The young man was raised in the Santeria cult, which is grounded in African beliefs and widely practiced in Cuba. “I’m sitting in these services listening to the word of God and I’m going ‘wow this is completely different from what I know,’” he said. “We have to go through the saints, feed the saints, worship the saints and sacrifice to the saints.”

Yet when he “called my grandmother to tell her about getting saved, she told me she had been praying that I would come to know the truth.”

Still, at this point he had not yet held a Bible in his own hands or read it on his own, he said. Nor did he fully understand what being a disciple of Jesus meant.

Shortly after hearing of Christ during chapel, Espinoza was released from prison. It was short-lived as he violated his parole and was sent back behind bars.

“To survive in prison, you have to be the worst of the worst,” he said. He spent most of his time in solitary confinement due to bad behavior. His only companions were his nightmares and a Bible.

“The only thing I had to read was the Bible and even though I didn’t understand anything, I read it and God later revealed to me what it meant.” And by later, he meant very much later.

Espinoza was eventually released but continued to engage in illegal activities. It was all he knew, but no longer found pleasure in it. He felt a tugging at his heart to change his ways.

“Twenty years after I heard about Jesus in prison for the first time [at age 19], I was sitting at one of my businesses and I said, ‘I’m through.’ I went home and talked to my wife, and everything changed in our lives.”

“I called everybody that I had offended in my life and told them I had come to faith in Christ,” he said.

Upon exiting the gang life he had known since the age of five, Espinoza and his family lost everything. Dollar stores and jewelry stores used to cover illegal activities were bankrupted. His life was in danger from corrupt business associates. For six years, the family struggled financially.

Uber became a full-time job for both Espinoza and his wife, Barbara. It allowed them to pay bills and feed their children but not much else. On one of her routes, Espinoza’s wife picked up a passenger who invited her to Summit Church.

“We start going and the first day, Pastor Alex welcomes us, and I introduce my family. It’s amazing what God has done.”

“We once lived in fear of what could happen to me if I continued living that kind of life,” he said. “I prayed that God would not let my sons be like me. They once looked to me as their protector but now they look to God as their protection and to Jesus as their savior.”

In the past two years, life has settled down for the Espinoza family. His wife teaches school, and he owns a car parts business.

Today, Espinoza visits the buildings where he was once held prisoner by his crimes and by his sin. He shares with the young people who are now trapped there how God can radically change their lives and find the hope he has found in Christ.

Panhandle pastor to be nominated as first VP when FBSC gathers