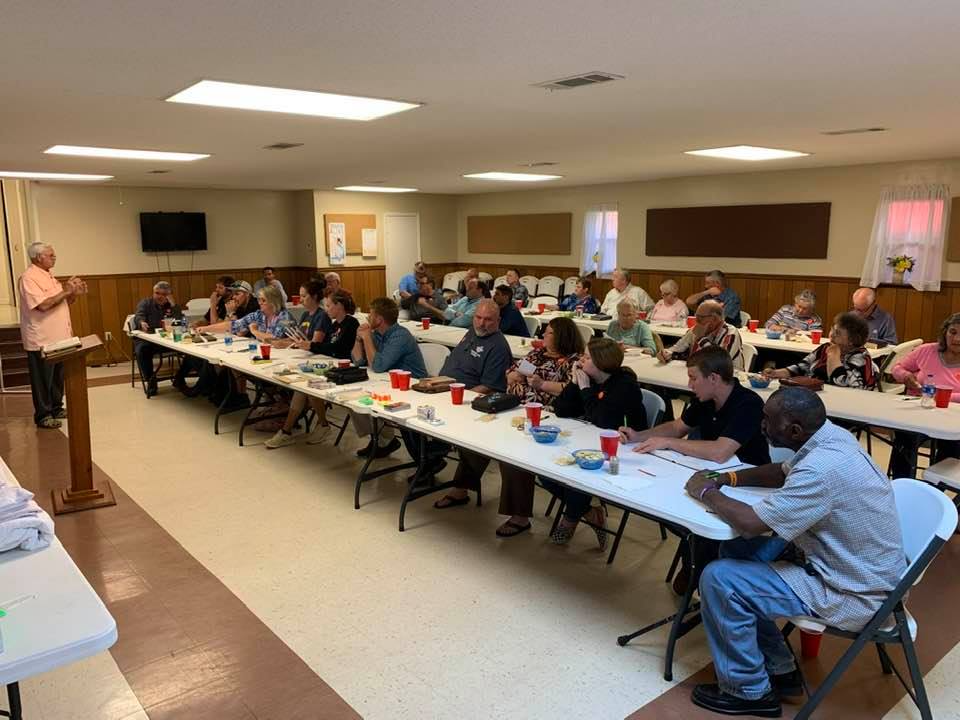 BONIFAY–After noticing a decline in baptisms during the past five years, Holmes Baptist Association hosted an “Evangelism Reboot” weekend to help church members refocus on the importance of sharing the Gospel. At the conclusion of the weekend, 13 new believers were added to the Kingdom.

Kent Lampp, associational mission strategist, referenced the Florida Baptist Convention’s 2025 Challenge, with evangelistic goals set by executive director-treasurer Tommy Green, as further motivation for the event. “We decided if we were to do our part in reaching the lost and discipling followers to attain the goal set…. we needed to get busy in preparing and doing what the Lord said He came to do. Seek the lost.” 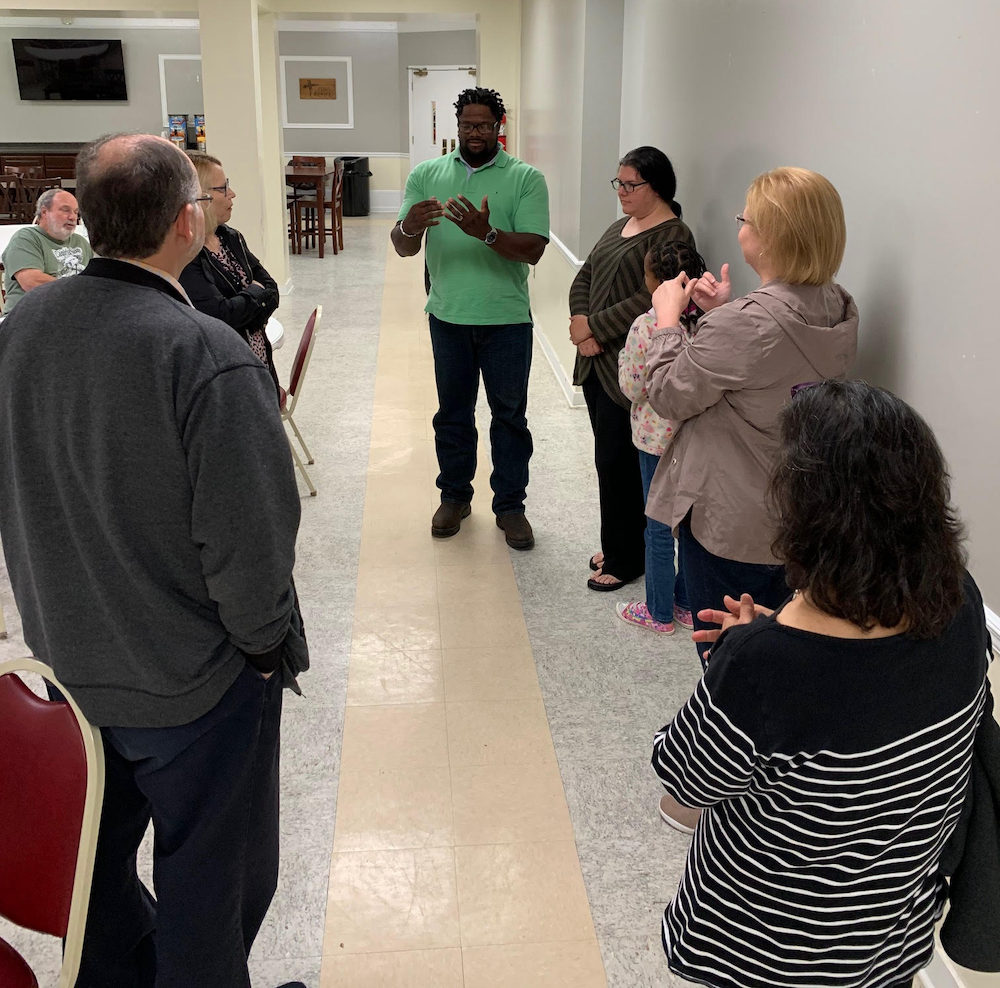 Throughout the weekend nearly 90 adults and 40 students attended three sessions to learn how to share their faith more effectively. Florida evangelist David Burton led the adult trainings and one for the students as well.

“We determined we needed to train some and refresh others on what they already knew and then challenge them to be obedient to the Lord’s command,” said Lampp.

The event kicked off on Thursday for churches located on the east side of the river; and Friday for those on the west, with a light meal and then the first session of evangelism training.

“At the conclusion of the two hours of training there was an invitation,” said Burton, “And one lady gave her heart to Jesus stating she could not remember a particular place or time when she had repented and ask Jesus into her life,” he said.

“Now think about this–a church member coming to training in how to share her faith and yet she had never met Jesus. She has now!”

On Saturday, the evangelism rally began with breakfast at First Bonifay, where those who were unable to attend the first training were prepared. Those who attended the previous training devoted their morning to prayer and repentance, asking for God’s help in being obedient in sharing. 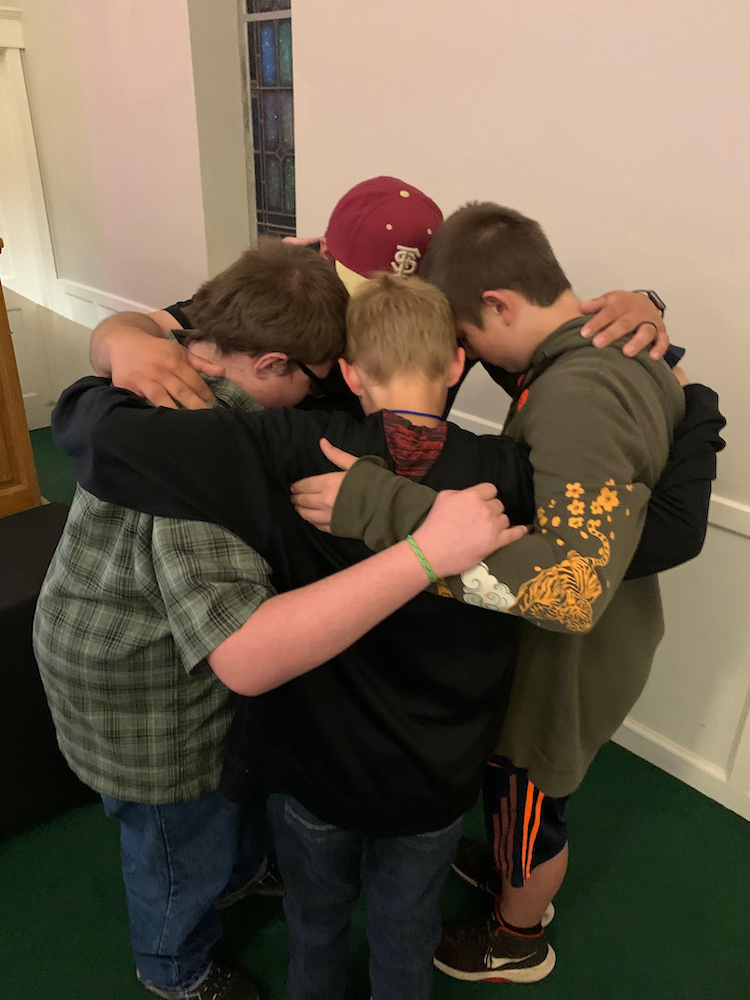 Middle and high school students gathered from multiple churches on Friday and Saturday while the adults were meeting. Throughout the weekend, various leaders led sessions for the teens.

Halston Brooks, pastor of Ebenezer Baptist Church in Laurel Hill, spoke about creation and imago dei— Latin for “Image of God.” Nate Castaneda, youth pastor at West Pittman Baptist Church in Westville, led a session about sin and why salvation was needed. Noah Wagner, youth pastor at First Bonifay, taught the Three Circles Gospel presentation, as a practical and easy method for students to share their faith.

Burton also led training for the students. He equipped them with practical ways to share their faith with family and friends and armed them with knowledge about sharing the Gospel. He asserted their legal rights to evangelize on school campuses.

As a result of the emphasis on evangelism, 12 teens came to realize their deep need for Christ and responded in faith, giving their lives to the Lord.

Since the Reboot, Noah Wagner said he has “witnessed a Gospel boldness” among the students in their schools—”living out their faith, having spiritual conversations, inviting others to come to church.”

The weekend concluded with a church commitment time, where churches identified salvation and baptism goals and then shared a fellowship meal.

“It was a fascinating four days,” Burton said. “One of the best associational strategies I’ve participated in,” referencing his 25 years on staff at the Florida Baptist Convention and ministry. 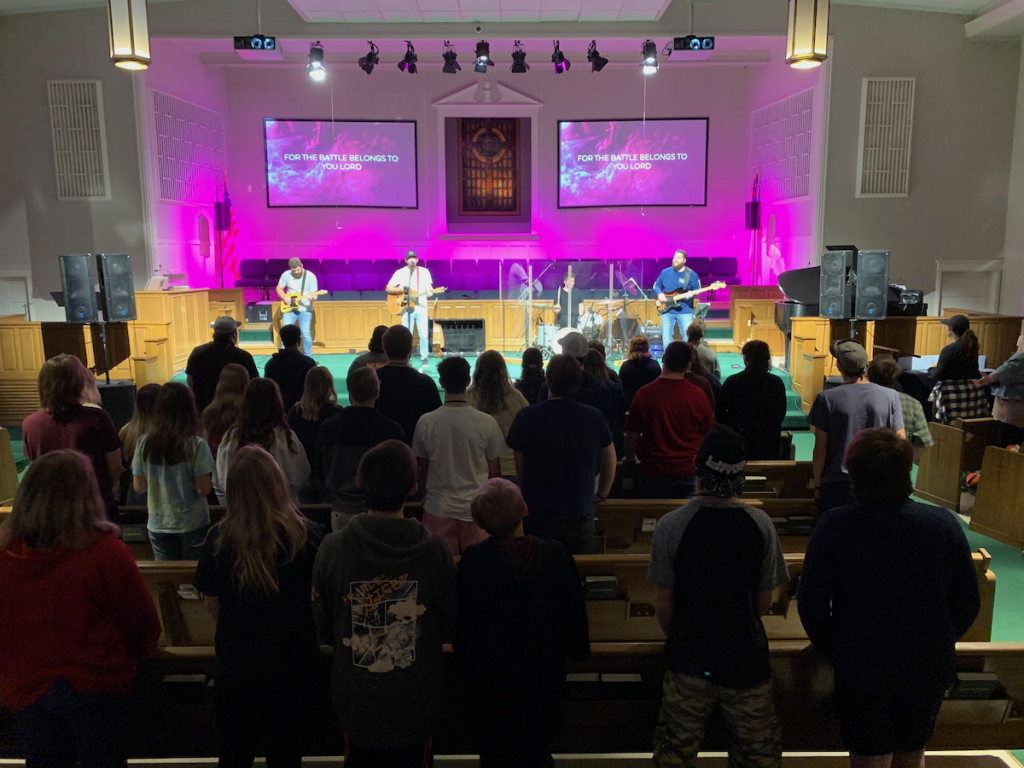